'The Boys': How Stormfront shocked superhero TV in 2020 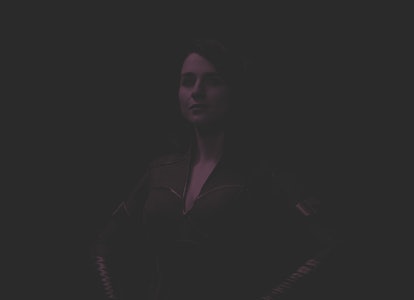 It was the fifth time a reporter asked about "girls get it done" that you knew Stormfront was done, too.

In the second season of Amazon's popular superhero drama The Boys, You're the Worst star Aya Cash came as a shock to the system as the lightning "superheroine," Stormfront. Her recruitment as the third woman in the superhero team The Seven also kicked off a PR campaign angled on women's empowerment.

But Stormfront presented an extra wrinkle to the narrative. Rebellious and willing to thumb her nose at the machinery propping her up, she became an overnight favorite both to the show's in-universe masses as well as our real world's binge-watching audience. It wasn't until Stormfront made her true self known that we realized that the joke was on us.

Stormfront was a true villain: an ex-Nazi seeking to use her powers to promote white supremacy.

It isn't a mistake that Stormfront's namesake also belongs to a real and enduring online hate forum, nor is it a coincidence that Stormfront is scary good at memes and social media. Stormfront is The Boys' avatar for modern, 21st century neo-Nazism. Less Ku Klux Klan and more "Proud Gal," Stormfront's radicalism compliments Homelander's more traditional, mainstream conservatism.

Stormfront is not only powerful and nigh unstoppable, she's also wildly charismatic. Her legions of followers tune into her social media livestreams, and her silver tongue empowers her to successfully shift the blame of civilian deaths on an immigrant refugee. (Deaths that were all her doing, by the way.) Additionally armed with militant white feminism, Stormfront is a deadly cocktail that's easy to hate, and Aya Cash plays the character perfectly.

"She's a real bad guy," Cash told Inverse in September while promoting the release of Scare Me. In comparing Stormfront to her roles on the FX series You're the Worst and Scare Me, where Cash plays a successful novelist who makes a male writer deeply insecure, the actor notes that "Stormfront is a different beast" despite sharing similar surface qualities of "ballsy, no-filter women who say whatever's on their mind."

"I think her good qualities and bad qualities actually can go hand-in-hand," Cash said, before adding, "Well, good is relative." (She comically cringed at this part in our Zoom call.) "They take up space in a room and are not intimidated by men who have a lot of confidence in themselves. Even in their insecurities, there's a drier sense of humor."

Gender-flipped into a woman from the original comic by Garth Ennis and Darick Robertson, Stormfront is a Nazi disguised as a superhero — which, if you ask famed comic book writer Alan Moore, isn't such a big leap. In a 2017 interview with Brazillian magazine Folha de São Paulo, the writer of celebrated comics like Watchmen, V For Vendetta, and Batman: The Killing Joke lamented the popularity of superheroes.

"I think the impact of superheroes on popular culture is both tremendously embarrassing and not a little worrying," said Moore.

Moore believes there's a DNA of white supremacy in the superhero genre, and that iconic characters like Superman and Batman "are still very much white supremacist dreams of the master race." He goes on to call D.W. Griffith's Birth of a Nation "the first American superhero movie, and the point of origin for all those capes and masks."

Alan Moore doesn't speak for all comic book writers, but you'd be hard-pressed to find anyone whose subversive, era-defining works continue to shape popular culture some 30 years later. While The Boys doesn't formally recognize Alan Moore, it owes a great deal of debt to him. And the existence of Stormfront is unshakably Moore's nightmares — and American white supremacists' dreams — come true.

Stormfront is The Boys' thesis distilled to a single character. Certainly, the show hinges a lot on Homelander, a masculine parody of Superman who aggressively fights on behalf of American imperialism (one of the first major threads the show gives Homelander is convincing the government to use The Seven in national defense). But Stormfront is a little more insidious.

As another comic book writer, Gene Luen Yang, told Inverse in May, the seeds of Nazism came from America. (Writer Madison Grant's book The Passing of a Great Race was a big favorite of Adolf Hitler.)

"Nazis built their ideologies on American ideas," Yang said. "So when America went to fight Nazis, we’re fighting a version of ourselves."

In perhaps the darkest idea ever presented in a mainstream superhero show, The Boys is practically telling us that Stormfront may be the most American superhero in western canon. For Aya Cash, well, she's hoping to try something different next.

"What I want to do next is play a sweet, kind person," Cash told Inverse. "Even though I do love these roles."