Why 'Stargirl' is a new DC show unlike any other, according to its creator

“We were trying to elevate the show.” 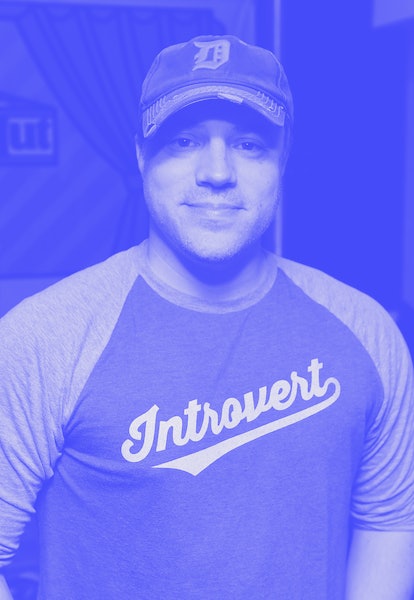 There are few people on Earth who love the DC Universe as much as Geoff Johns.

Chat with the 47-year-old comic book writer and showrunner of the new TV show Stargirl, and he’ll reveal his affections for even the most obscure DC characters. “The more obscure, the better for us,” Johns tells Inverse. “When’s the last time Hourman got screen time? It doesn’t happen.”

It happens now, in Stargirl. Airing on both the subscription platform DC Universe and The CW, the live-action series opens a new universe in the expanding DC sandbox. But with its classically American spirit and sunny optimism, Stargirl is unlike anything else in the gritty superhero television landscape.

In Stargirl, former Nickelodeon star Brec Bassinger plays Courtney Whitmore, a Nebraska teenager who learns that her new stepfather, Pat Dugan (played by Luke Wilson) was the sidekick to the superhero Starman, leader of the Justice Society of America. When Courtney inherits Starman’s cosmic staff, she takes on the name Stargirl to fight crime with her stepfather, who armors himself in a mech suit called S.T.R.I.P.E.

As both Stargirl’s comic book creator and showrunner of her TV show, Johns has seen all sides of DC media. Beginning his career as an assistant to Superman (1978) director Richard Donner, Johns made a name for himself in comic books with the Stargirl series Stars and S.T.R.I.P.E for DC in 1999. That series led to writing JSA, a New York Times best-seller that shot Johns high up into the geek-osphere. An era-defining run writing comic books segued into developing DC TV like The Flash, Titans, and multi-million dollar blockbusters like Batman v Superman, Aquaman, and Wonder Woman 1984.

Now, for the first time, he’s turning one of his own comic book creations into live-action, a rare opportunity even when comics have become the preferred well for franchise movies and TV.

“There’s always changes when you adapt something,” Johns says, “but the goal has been to stick to the lore as much as possible. Because it’s great lore. There’s a reason these characters stay in our imagination decades after they were introduced.”

But Stargirl is personal for Geoff Johns. In 1996, Geoff’s 18-year-old sister Courtney was among the 230 fatalities in the TWA Flight 800 disaster that crashed in East Monriches, New York. In creating Stargirl, Johns imbued the spirit of his late sister into the star-spangled superhero.

“She was smart, funny and endlessly enthusiastic,” Johns wrote in a statement. “It is her spirit and optimistic energy that I wanted to put back in the world with Stargirl. It is celebratory, forward-looking and positive. And I hope that comes through.”

In an interview with Inverse, Geoff Johns talks about pivoting his skills to TV showrunning, working with Luke Wilson, and why he needed to be the one to bring his most personal character to a television audience.

How did writing comics and producing movies prepare you to become a TV showrunner?

I don’t think anything readied me. There was a big learning curve. It was challenging because we were trying to elevate the show and not do things the same way as other superhero shows out there.

Something we did on the film side, we used the pre-vis company Third Floor in conjunction with our VFX house Zoic. Because we had CGI characters like S.T.R.I.P.E. and Solomon Grundy, we used pre-vis where they create animated storyboards shot-by-shot. We could watch those before we shoot a big action scene. We could be as efficient as possible when we were doing that. We could do more on a single day because we knew exactly what we were trying to shoot. And it helped in the editing room. That helped a lot, and something I took from the film side.

Also, scheduling and segregating action. When you have a really emotional scene, you don’t want to shoot it at the same time as an action scene. You want things to have their time. So we would schedule days of action and days of emotional scenes, to not put those on top of each other. I found in the past those lead to problems when you’re on a TV schedule. Also, drones. When we were doing Titans, drones were such a huge creative tool for us that we implemented them on Stargirl. It helps open up the world more when characters like flying like S.T.R.I.P.E.

When I first made the comic back then, I was like, “This would be a cool show.” I remember talking to someone about it and they had interest [in making it]. Part of the conversation I remember so clearly was, “We can’t do the robot. Can Pat Dugan just not be a superhero?” There were so many constraints. Obviously nothing happened, but I felt it could be a cool show.

When DC Universe was looking for a new show. I thought they needed something different. Doom Patrol is insane and fun and dramatic, Titans is dark, and Swamp Thing was horror. Doing a brighter, family friendly superhero show in the same vein as The Flash and Smallville but diving deeper into a legacy like the JSA, there was an opportunity to do something familiar and different than anything out there. It was a dream to work on a Stargirl [show] with the JSA. It’s the best job I’ve ever had.

Because of your attachment to Stargirl, would you have accepted anyone else in the job of showrunner?

I don’t know. It never crossed my mind. If a Stargirl show would have been made back then, yeah, someone else would have had to do it. There's great people I would have partnered with.

But it would have been really hard. I don’t think about it a lot because it's already happening, but I’m grateful I’m in there because it would be really tough to watch someone else do it.

I’ll be honest, I get incredibly particular with the way she appears. There’s been things she’s in that I love and things I haven’t. I know I get blinders on with her. That's why I wanted to showrun, because I’m very obsessive about her tone and what I saw the show being. I want it to be celebratory of where she came from in spirit.

There is an aesthetic of “Americana” to Stargirl and her world of Blue Valley. How did you achieve that tone?

That’s what we went for. It’s hard not to do Americana when you’re doing Stargirl.

Before we shot a single frame of it, we talked a lot about tone. It’s all about tone. I rented a theater in Atlanta, got the whole cast and crew, and screened Back to the Future. “This is the tone. This is the spirit.” The thing I loved about movies I grew up on, Amblin-era films like Back to the Future and E.T., they took something genre fans loved like time travel and aliens and put in a very emotional, grounded story about family. I loved that they could take something and make it for everybody. I think this stuff can be for everybody.

I wanted to do something similar with superheroes. Stargirl is a superhero show but it’s really a show about family. Like Back to the Future, we wanted to create something that was really about the emotional stakes and relationships under threat.

[Stargirl] is forward-looking with a sense of wonder. There’s so many shows where characters show up and shoot lightning and it gets mundane. It’s not treated as anything new. There’s joy from discovering the special and the amazing. So when Courtney’s got the cosmic staff, it’s special. That was a huge element to the show: “Let’s make it special.”

In Stargirl, the villains want to “remake America.” With a protagonist wrapped in the American flag, how do you tell that story while avoiding jingoism in 2020?

There is a cynicism to everything that's leaked into everyday life. Division, bipartisanship, so many aspects of American life that's political. But there are intrinsic things about this country that are great and worth celebrating and holding onto. We’re all in the same boat. We’re all Americans and if we can remember it's about people not politics, I think we’d be in a better place. Stargirl explores that. Stargirl, the JSA, they’re not out to control anything. The villains are.

Given the national mood and the ongoing trends of gritty superhero media, do you think Stargirl will have an uphill battle attracting an audience?

There’s a place for every kind of tone. Whether it’s within superheroes or outside of it, there are people who want to embrace a tone like this. It doesn't mean they only want this and don't enjoy darker things but there’s room for everything. This might be a nice palette cleanser.

How did you get Luke Wilson to become a TV superhero?

Way back when I moved to L.A., I saw Bottle Rocket and thought he was amazing. I always imagined him as Pat Dugan. When I wrote this pilot I wrote it with him in mind and sent it to him. We ended up having lunch and hit it off. He brought so many ideas and jokes to the table.

I could tell he got Pat. This big robot and being Starman’s sidekick, that stuff was not as important as who Pat Dugan is. He’s a good, blue-collar guy trying his best. There’s self-confidence issues when it comes to superhero-ing. He didn’t think he could stand shoulder to shoulder with the JSA. He was there to help, and he was okay with that. But in some ways he’s gonna find a new role with this new generation.

He values family, he loves his wife and son and Courtney. But he’s not always the best. He’s a little awkward and he’s a little unsure. He stands up for who he cares about.

What do comics do better that movies and TV still can’t?

People read [comics] at their own place. A film and a TV show are edited so the audience experiences the same pace. But when you and I read a comic book, our own voices are inside. There are things in the craft where you can make the pacing faster or slow it down but ultimately the reader chooses their pace. It’s a cool tool as a writer to use.

But one of the things I love having in Stargirl that I never had in comics is music. It's such a massive element. It helps the tone come across even more.

Do you intend Stargirl to launch a new universe? A “Stargirl-verse”?

Absolutely. We subscribe to the philosophy that we love the minor characters of DC. We like characters that have been on the bench too long that are ready to step up to the plate. Our goal is to present characters that don't get a lot of love and present them at the top of the food chain. The JSA and Golden Age of DC is so ripe for exploration. Stargirl is a great doorway into that untapped universe. All of us love that we get to work on Hourman instead of Mister Freeze.

My feelings on the “Stargirl-verse” or whatever you want to call it, the universe of this show is huge and we have enough characters and stories to explore for years. I hope we get the chance.

Stargirl is streaming now on DC Universe and airs Tuesdays at 8 p.m. Eastern on The CW.