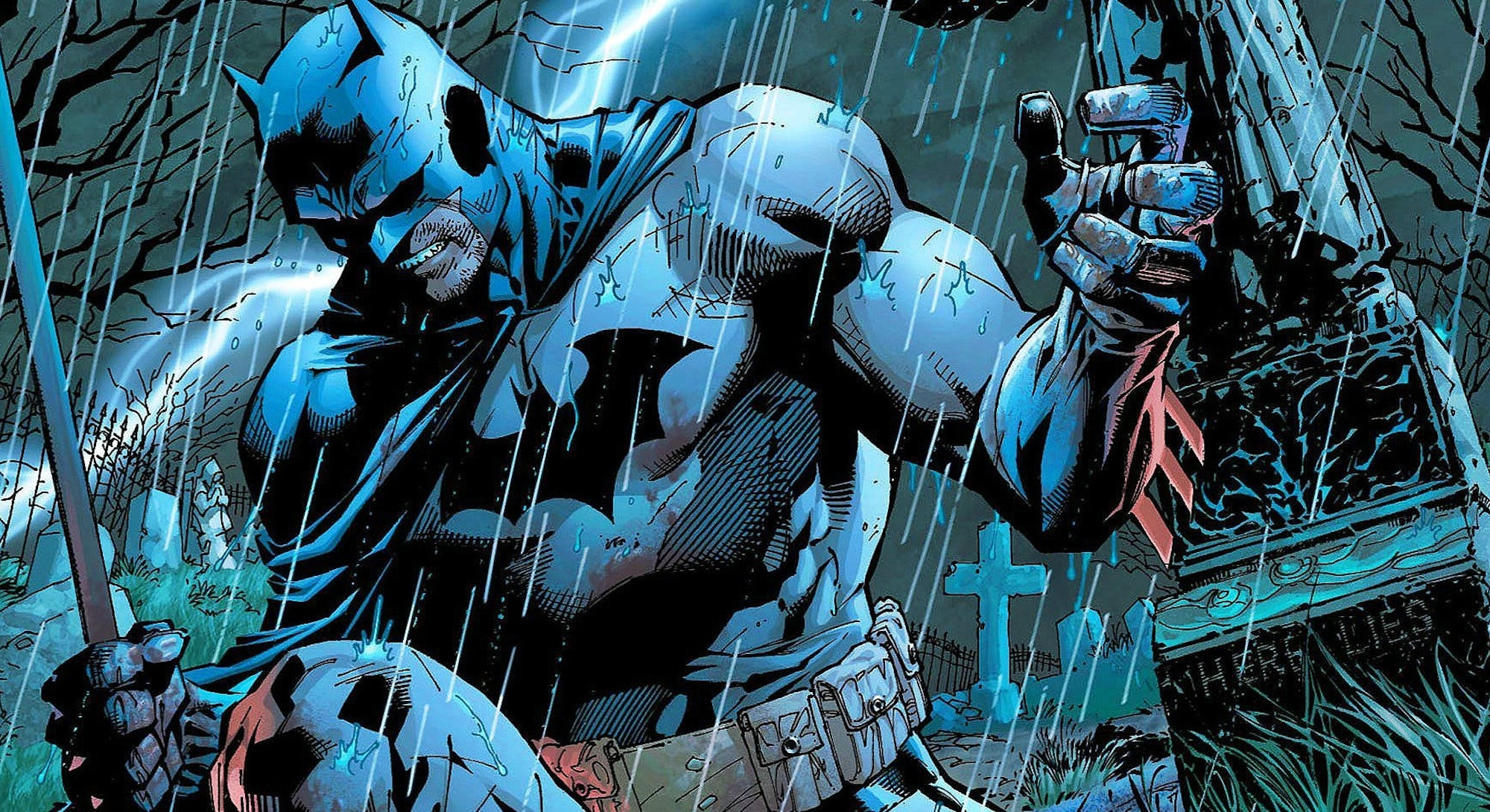 Quick, who would win in a fight: Superman or a 43-year-old writer from Michigan with two first names?

Trick question: as DC Comics’ Chief Creative Officer, Geoff Johns controls the fates of some of the world’s most famous superheroes — both on the page and, thanks to his recent promotion at parent company Warner Bros., on the big screen.

Inverse met with Johns in Manhattan this week, and his unbridled enthusiasm for his jobs and the genre was clear from the start; at one point during the interview, he leaped out of his chair to pantomime the white board he had created in order to organize his expanding role at DC. Johns spoke in depth about his creative process and story philosophy, and how it’ll impact the label — which is headed for some major changes — going forward.

“I chose the tone first, and selected my first heroes of focus from there. Back when I was on Green Lantern,” Johns gushed, meaning the critically acclaimed run he wrote for the Green Lantern comics in the mid-2000s, “I started with a board on the wall. I asked myself, what does Green Lantern story have to involve? Overcoming fear, right? I wrote that down, and went from there.”

So what’s on his board for the comics, which will go through a serious shake up in the upcoming Rebirth event? “Hope,” he says, looking for our nod before continuing. “And connection, and legacy. That stuff has all been missing.” Johns stood up straight after making that statement. “I started with legacy, because…it’s gone. I wrote the Justice Society of America for nine years, and of course I’m upset it’s gone,” he said, meaning the omissions made canon by The New 52 comics, which Johns is about to push aside with Rebirth. “All those characters, wiped out. Same thing with the Teen Titans! God, I love Conner (Superboy) and Tim (Robin) and Cassie (Wonder Girl).”

Though Johns was strictly unable to comment on the state of DCU films, he had quite a lot to say about what had been lacking in DC comics. “I’m open to change, but also…I don’t like this slash and burn of history,” he says. It’s easy to imagine his theories, which he delivers with complete, genuine earnestness, not extending to his newly announced role as co-head of DC’s new films, alongside Jon Berg. He went on to list a few of the things he deems as missing from DC of late, including, “hope, optimism, heart, relationships, oh and epic storytelling! Cohesion! A big story needs, like, a plan.”

To his credit, Johns seemed as disappointed as we were when he had to avoid speaking about film. “I’m sorry,” he said, several times. But maybe it’s best that he doesn’t reveal too many details in public: Some of his biggest successes were initially called “dumb ideas” by DC execs and PR mavens. “After the success of other books, they asked me, ‘what’s next?’ and I said ‘Booster Gold!’”

Johns says everything has to be about character, not plot or spectacle. “What I did when we sat down to launch all of these [comics], is that I’d sit with the editors, and we’d say why we love each book. Who are the main characters in Birds of Prey, right? You’ve got Barbara Gordon, Black Canary and Huntress, by why those three? Why are they so great? Barbara is the daughter of the commissioner of police, she’s kind of by the book, and Huntress is the opposite, and Black Canary is this cool swing vote. Sometimes she agrees with Barbara, and sometimes she agrees with this slightly off-the-hinge hero with a crossbow. Suddenly, the conversation was about characters again, instead of plot.”

And that’s Johns’ strategy, going forward. He begins at the core of every previously written hero, and encourages each team of writers to remember what made that particular hero worth following in the first place. “All anyone cares about is character, though they may not know it. It’s a little subconscious. When we laid out all the books, that’s what we focused on.”

He also has some notes about the brand’s intended demographics. “These heroes are for everyone. I would give these books to, I mean, anyone. If anything, I want a kid who reads a new comic from us to be inspired.” Johns is also interested in creating superhero stories that reach both seasoned fans and newcomers. “I don’t think you need an origin story to have a first book,” he says. “I put a lot of stuff in so that people who might know, will know, panels lifted straight from classics. I try to make it new-reader-friendly as possible, but I also want to interest people who have read comics for twenty years.”

Johns is a huge fan of The Flash, specifically of what that character can do for new audiences. “He embodies hope, family, heart, and he’s been missing.” Perhaps it’s no coincidence that The Flash on The CW has been the most successful superhero television series DC’s produced thus far. The story of Barry Allen is, as Johns suggests, a great example of a brand banking on a minor character’s virtues and appeal in order to write a truly engaging superhero story.

His energy and enthusiasm for the characters at his disposal should make him the perfect person to helm DC going forward, because he makes his decisions based on pure adoration for the fictional work. “I’ve loved these characters more than anything else for as long as I’ve lived,” he says, and the hyperbolic statement doesn’t ring disingenuous. He’s more than an encyclopedia of minor character facts — although he’s certainly that too, rattling off what Blue Beetle got himself into decades ago — he’s a champion for what once made DC great.

“Let’s say you’ve been given the position of writing Green Arrow from scratch,” he posits, rhetorically. “Clean slate. You might say, ‘Okay, I’m going to write this new character,’ and when someone says, ‘Well, what about Black Canary,’ you might say… ‘nope.’ That means you completely misunderstand these characters.” For Johns, to love superheroes is to know what they love, whether it’s a romantic pairing, or a specific hope for their world. Regarding the last film to adopt DC characters, it’s obvious Johns’ analysis will affect DC’s cinematic universe as well. After all, what did either Batman or Superman love in BvS? What brought either of them hope, and how did that film come organically from their interwoven legacies?

In Johns’ hands, DC has a real shot at becoming not only a more culturally relevant superhero brand, but proof that intelligence does not have to negate enthusiasm. Some of Johns’ favorite superhero stories use nuanced, metatextual references to culture, or to earlier iterations of comics. He envisions a DC cinematic universes full of easter eggs and references written for enjoyments’ sake, rather than mass marketing. But at its core, every superhero story, according to Johns, should have an obvious, emotionally striking appeal to both new readers and old. Johns’ DC isn’t rebooted for a new world; it’s a triumphant return to the core of the superhero narrative whose appeal has lasted for decades.