Star Wars theory: If Palpatine is a clone, then Snoke is Rey's uncle 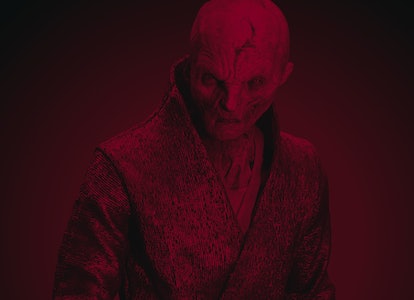 Did you feel a disturbance in the Force this week? You weren't alone. Ahead of the official release of the Star Wars: The Rise of Skywalker novelization, leaked passages from the book begin to spread online, revealing that the version of Emperor Sheev Palpatine we saw in the movie was actually a clone, not the original — and that was only the beginning.

Within a few days, fans saw almost the entire plot of TROS (and the entire Star Wars saga) rewritten by the upcoming book. We learned how Palpatine survived his fall at the end of The Return of the Jedi and discovered that Rey's dad was actually a failed Palpatine clone with no Force sensitivity, which means that Rey is actually Palpatine's... niece?

We've already covered the obvious implications of all this, but there's at least one more angle worth considering. If Palpatine is a clone, and Palpatine made Snoke, and Snoke is also a clone Palpatine, then are Rey and Snoke also related?

The obvious answer is: Yes, Snoke is basically the evil brother of Rey's dad.

[For a much more intelligent analysis of Rey's new family tree, read this interview with a bioethicist on the familial implications of human cloning.]

Think about it: They both come from the same father, but one is all Force powers and no humanity and the other is all humanity and no powers. In other words, Snoke is actually Rey's wicked uncle.

If you look back at the entire Rey trilogy, this actually makes a lot of sense. Supreme Leader Snoke is basically a twisted father figure for Rey. He constantly berates Kylo Ren and General Hux, but when he actually meets Rey he's actually relatively nice to her.

"Young Rey, welcome," he says when they meet.

Snoke might be obsessed with killing Luke Skywalker, but his interest in Rey is less violent. He even seems impressed when Rey beats Kylo in her first lightsaber fight in The Force Awakens.

Maybe I'm reading too much into a character who never really got his due. J.J. Abrams seemed to have big plans for Snoke, but Rian Johnson cut him short in The Last Jedi. In Rise of Skywalker, Abrams attempted to offer the smallest bit of closure with that vat of Snoke clones, but this upcoming novelization has kicked those doors wide open.

We'll probably never find out what Snoke's whole deal really was, but if you think of the Supreme Leader as Rey's cranky uncle, his role in this trilogy makes a little bit more sense.

The Rise of Skywalker novelization hits bookstores on March 17.