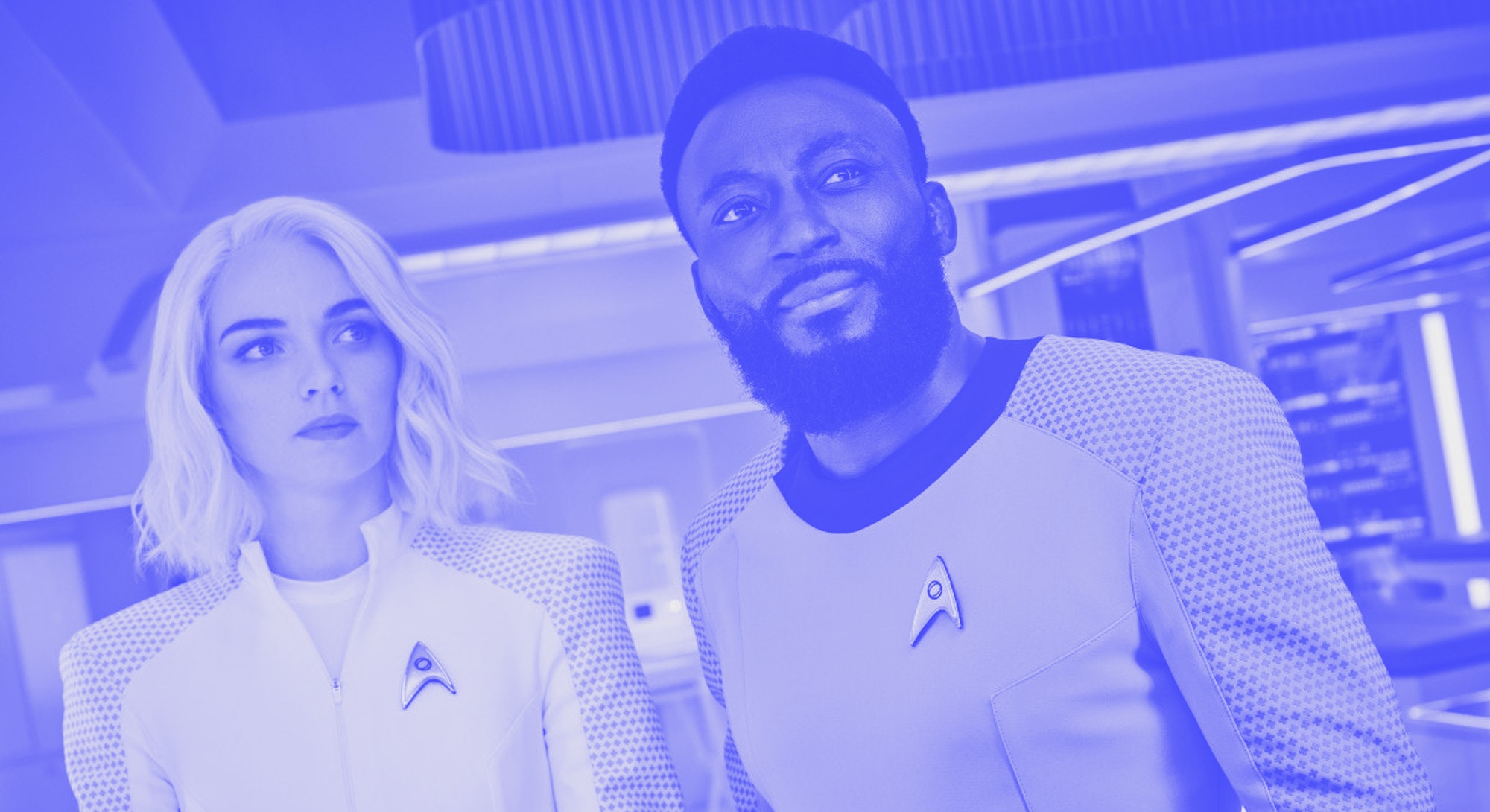 If you’ve never seen one minute of Star Trek, you can watch any of the first five episodes of Strange New Worlds, and you will not be confused.

As opposed to the majority of contemporary TV, Star Trek’s newest live-action series is not telling a serialized story, in which each episode is compulsory viewing. But that also doesn’t mean there isn’t something innately familiar about the crew of the Starship Enterprise — a charming blend of new characters and reimagining of old favorites, complete with infectious camaraderie.

With a stellar cast, Strange New Worlds proves smaller is better when it comes to Star Trek. While the Paramount+ series is more appealing to new and casual fans, it’s also a throwback that doesn't leave longtime fans behind.

A new kind of reboot

Because Strange New Worlds is a direct prequel to The Original Series and takes place in the previously established “Prime” timeline of the Star Trek Universe, calling it a “reboot” is a misnomer. This isn’t a continuity reboot for Star Trek, but it is an emotional one.

The feeling of Strange New Worlds is uplifting and optimistic. And despite an epic physical scope, it is also smaller than some of the more recent iterations of Star Trek. If there’s one massive difference between Strange New Worlds and Discovery or Picard, it’s that the stakes are much lower. This time, mercifully, the entire fate of the galaxy isn’t in the balance every single week.

“We’re maintaining an emotionally serialized element to the storytelling,” producer Alex Kurtzman recently said of the series. “But the episodes are self-contained.”

Without a doubt, this is the number one selling point of Strange New Worlds. Although this feels radical and new for live-action Star Trek, the animated comedy series Lower Decks has been doing self-contained episodes with emotionally serialized storytelling for two years. So, if you don’t want to view Strange New Worlds as a throwback to the episodic format of The Original Series (1966-1969) or The Next Generation (1987-1994), you could view it as a live-action Lower Decks, set in a pre-Captain Kirk timeline.

After watching the first five episodes made available to the press, I can safely say Strange New Worlds keeps the promise of self-contained episodes. But comparing the series outright to The Original Series or The Next Generation would do it a disservice.

Like Lower Decks — or even J.J. Abrams’ films — Strange New Worlds is very aware of how “Star Trek-y” it is in a way that TOS and TNG weren’t. The Roddenberry-inspired optimism isn’t subtle and is occasionally a little more on-the-nose than the older shows. If someone wanted to argue that Strange New Worlds was over-correcting for the preponderance of dark storytelling in Picard and Discovery, there’s plenty of evidence for it.

But the feeling of optimism and the actual narrative content are two separate things. Star Trek has a strange reputation for being warm and fuzzy, even though some of its most standout episodes are dark as hell. As Rebecca Romijn told Inverse recently, the classic ‘60s Star Trek was simultaneously a mash-up of various sensibilities: “really funny, and really horrific and dark sometimes.”

Strange New Worlds is similar, considering its pilot episode has more to say about contemporary issues than any other Trek pilot episode before it. This gives Strange New World a dual identity. On the one hand, it’s a tribute to an idealized notion of what Star Trek “should be” in a perfect platonic state. On the other hand, it’s just a well-made spin-off of Discovery Season 2, one that also doesn’t require the viewer to have seen any knowledge of Star Trek.

So, for the uninitiated new fan, Strange New Worlds is the perfect show to start with. And for longtime fans, the best way to think about it is this: Strange New Worlds following Discovery would be like if Deep Space Nine had come out before The Next Generation. A more traditional, uplifting version now follows the dark and gritty Trek.

Strange New Worlds captures the same warm-fuzzy feeling of the older shows more rapidly than other newer Trek. Sure, Discovery and Picard have a ton of unity and camaraderie, but neither show begins that way. Whereas, Strange New Worlds warps out of the gate with a GO TEAM feeling that’s utterly captivating. And the reason why is simple: The cast clicks.

Almost instantly, you feel like you’ve already met this cast. The nostalgia for the preexisting characters and the standalone story structure conjure a magic trick that makes these characters feel so familiar.

“It really became a very organic thing,” Melissa Navia tells Inverse. Navia plays Lt. Ortegas, the new helmsman of the Enterprise. “Ourselves and the characters all kind of started to mesh. What we’re hearing from everybody is that really comes across on screen; that we really dig each other, and we’re Starfleet.”

Babs Olusanmokun, who plays Dr. M’Benga in the series, agrees. “We have the discovery of our characters, individually,” he says. “And then when we come together, it changes. Just giving each other space to make our choices and play off each other’s choices.”

Strange New Worlds introduces some new characters, including a few who have not been officially revealed yet. And their presence in the show will shock longtime fans. In many cases, the new series spins assumptions we’ve had about characters and situations from TOS in entirely new directions. If you are a hardcore Trekkie, you may find yourself very surprised by new pieces of information we learn about preexisting characters.

Although the show might scan as a “safe” version of Star Trek that is less-in-the-Trekkie-canon-weeds than Discovery or Picard, it is taking some big swings with canon, which will doubtlessly ruffle some fan feathers even more than the J.J. Abrams reboots. That said, these new layers are almost always delivered with a wink or joke. Strange New Worlds knows what it's doing with the Trek lore at all times.

“...the most easy-breezy Trek in years.”

Star Trek has “gone back to basics” several times throughout its many incarnations. Strange New Worlds is the most literal attempt to do that, short of outright remaking episodes of The Original Series with new actors. The result is charming and slightly transgressive in its brazen retro-futurism. It will be a hit, but it will also piss some people off. Lest we forget, however, the motto of Star Trek isn’t about cautiously going. They say “boldly go” for a reason.

If you don't like Strange New Worlds, like the rest of Star Trek, the series doesn’t mind. Even at its most populist, Star Trek still feels like an insider thing. If you know, you know. And in that way, Strange New Worlds is the most easy-breezy Trek in years. It’s here to make new friends, for sure. But it’s not leaving behind its oldest fans either.