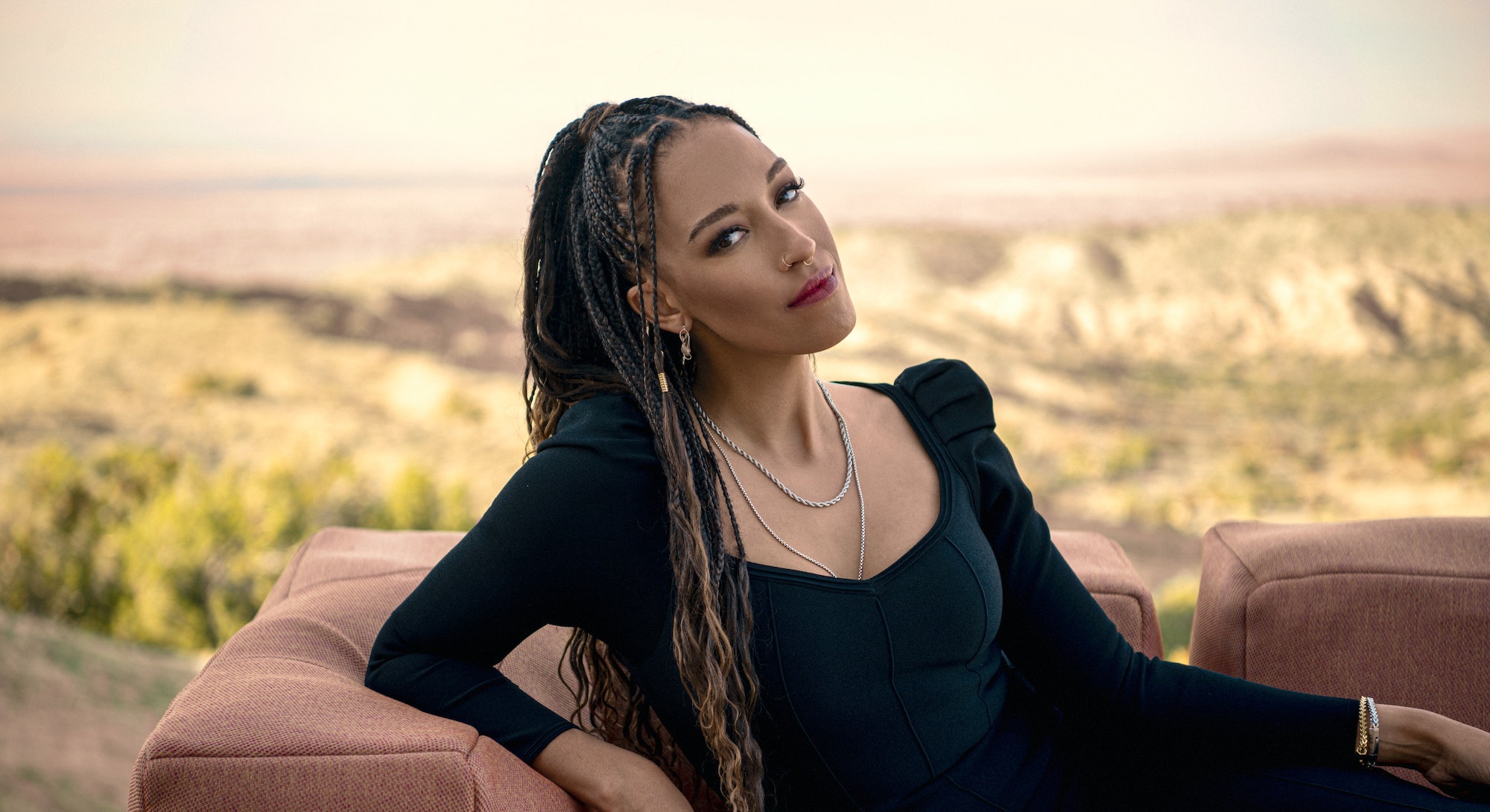 If being a relatable iconoclast was something that you could bottle and sell, Tawny Newsome would be the spokesperson.

At first, it’s easy to see how Newsome radiates “the quirky best friend,” but the actress busts that stereotype by being so much more than only funny and fun. Famous for her roles in Star Trek: Lower Decks and Space Force, she’s also smarter and far more dynamic than her space-faring characters.

And Tawny Newsome weaponizes that charm not just in her work but also in casual conversation. Shortly after the launch of Space Force Season 2 on Netflix and ahead of Lower Decks Season 3 on Paramount+, Inverse chatted with Newsome about fighting geek stereotypes, what makes Space Force Season 2 tick, and her outlandish schemes to get her animated Star Trek character into live-action.

When you talk to Tawny Newsome, you’re tempted to think that you’re speaking with one of her famous alter-egos — Angela on Space Force and Beckett Mariner on Lower Decks. In Space Force Season 2, Angela, a pilot-turned-astronaut, is grounded along with her fellow Space Forcers. Part of the new season follows Angela and her relationship with the super-geeky Dr. Chan Kaifang (Jimmy O. Yang), in which she very much has the upper hand.

Newsome quickly points out how her two characters are very different, and neither is exactly like her, either. When I ask her if she feels like there’s a connection between Mariner’s and Angela's “geeky” qualities, she draws a significant distinction between the two.

“Mariner is the type of person who wants to pretend she's not a geek,” Newsome tells Inverse. “She doesn't want you to know how much she knows about Starfleet or how much she does kind of idolize the Enterprise and her time on Deep Space Nine. She’s trying to hide that she’s a super nerd about these things. Whereas, Angela, I guess she’s got anime interests. She’s a drummer. So there are plenty of markers that point toward geek flavor. But I hadn’t thought of her as geeky before.”

Newsome says that what makes Space Force such a “tough nut to crack” as an actor is that Angela’s motivations are “probably the furthest thing” from Newsome’s own motivations.

“She’s willing to say, my personal needs aren’t number one. The idea of joining the military and being of service, that life of service, was very interesting to me. Angela is definitely a strange combination of things,” Newsome says.

“But please check out the fact that I went to the Moon.”

Space Force Season 2 sets itself apart as the characters are initially in a very Earthbound situation, making the new season more accessible than Season 1. It might be possible for someone to watch Season 2 without seeing the first season. Newsome shared how this was the case for one of her friends.

“I was like, ‘That’s amazing that it didn’t mess with your enjoyment!’” Newsome says about her friend watching the second season of Space Force first. “But I get it. I love Season 2 because it’s exactly my type of comedy.”

She adds, “I do think Season 2 plays to people who want more of that workplace or relationship-driven comedy. It’s just characters bouncing off of each other. We focus so much on that this season, and it makes sense that some people would gravitate toward that.”

Still, Newsome encouraged her friend who skipped Season 1 to go back to watch it. “Well, that's great if that’s how people need to watch it. But please check out the fact that I went to the Moon.”

In the Star Trek universe, Newsome has rapidly become a fan favorite as the voice of Beckett Mariner. The self-described “scrappy underdog” continues to be one of the most realistic and aspirational Trek characters of all time. And with Lower Decks Season 3 coming sometime in 2022, and Season 4 sometime after that, Newsome is doing so much Trek she says she has to be “careful” not to reveal anything big.

“When you do a lot of voiceover work, sometimes it’s hard to remember what happened in each season. I can tell you that my voice for Season 3 is fully in the can. It’s done,” Newsome says. “If I walked off into the ocean never to return, they could technically still make the third season.”

As far as what happens in Lower Decks Season 3, all Newsome reveals, “The lower deckers and the bridge officers are having to work together a lot more, and there are some more personnel shake-ups.”

For fans of Lower Decks, an ongoing question has been whether or not the fully canonical crew of the USS Cerritos could ever appear in live-action, either within its own series, another Trek series, or as a cameo in a Star Trek feature film. Newsome doesn’t know if this will happen soon but wants fans to rest assured that she’s on it.

She even pitched Roger Rabbit-style adaptation. “Jack [Quaid] actually volunteered to be the one person who stays animated, and the rest of us just run around like Roger Rabbit-style,” she says. “Or what about some “Opposites Attract” technology, where Jerry O'Connell has to talk to a cartoon cat.”

Newsome is also very aware of how various aspects of Lower Decks impact the rest of the Star Trek shows, and she takes a lot of pride in that fact.

“They've done really great job at Star Trek HQ with making sure everyone's maps in the live-action shows reflect the canon that we've established in our show,” she says. “I just love that stuff. It's such a deep, nerdy thing that no one would notice. It makes me feel more like a part of the universe.”

Could we see Mariner and the other lower deckers take a more prominent role in the ever-expanding Star Trek universe? Newsome’s big swing is simply to give her and the Lower Decks cast a movie.

“The other idea I had pitched was a movie!” Newsome says. “Just make a Lower Decks movie, but it's all live-action. So, just know that I'm on the case. I'm trying to make it happen. I don't know when they're going to listen to me, but I want it.”

Star Trek: Lower Decks Seasons 1 and 2 are streaming on Paramount+.

Space Force Seasons 1 and 2 are streaming on Netflix.