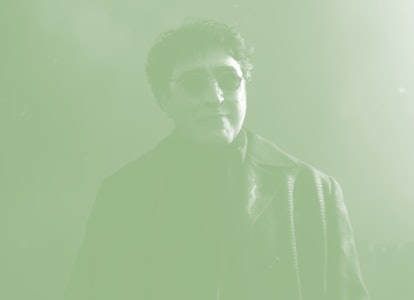 The Spider-Man: No Way Home trailer ends in spectacular fashion, with Alfred Molina’s Doc Ock rising out of a cloud of smoke to greet Tom Holland’s Peter Parker.

It’s a moment that has been over a year in the making — ever since the rumors of Molina’s return as the character first began circling. The fact that it’s one of several major moments in the trailer is a testament to how massive No Way Home is shaping up to be.

And one blink-and-you’ll-miss-it Easter egg makes Doc Ock’s appearance in the No Way Home trailer that much better too.

Red Lights — In the aftermath of the Spider-Man: No Way Home trailer’s release, one keen-eyed Twitter user noted that the lights at the ends of Doc Ock’s mechanical arms are all glowing red when they appear on-screen. While that might seem like a minor detail, it actually tells us a whole lot about the state of Molina’s Otto Octavius when he appears in the upcoming Marvel sequel.

Specifically, Ock’s glowing red arms signify that his mechanical arms are still controlling the version of Octavius we see in the No Way Home trailer. It’s a callback to 2004’s Spider-Man 2, which had Ock’s arms glow red whenever they were in control of him and white whenever he was the one steering the ship.

The effect can be seen quite clearly at the end of 2004’s Spider-Man 2 when Otto turns good again and regains control of the arms, with the lights on the ends of each arm flickering from red to white as he overpowers them. You can watch the scene for yourself by clicking here, and check out the original Twitter thread that first pointed out this No Way Home Easter egg below.

Doc Ock’s Redemption — This is an important detail because it means Doc Ock’s appearance in Spider-Man: No Way Home won’t necessarily affect or diminish his original arc in Spider-Man 2.

By signaling the arms are the ones in control of Otto in No Way Home, we know that the good man established in Spider-Man 2 is still very much a part of this version of the character. It’s safe to say Marvel and Sony didn’t choose to ignore Otto’s redemption purely for the sake of bringing him back.

The red lights on his arms could imply Molina’s Doc Ock may be sucked into the universe of Tom Holland’s Spider-Man at some point before he redeems himself at the end of Spider-Man 2. That doesn’t necessarily have to be the case, but it would make a lot of sense, especially considering he seemingly drowns to death moments after overpowering the arms in the 2004 film.

Although, it is also possible, as some of Molina’s previous comments have hinted, that No Way Home will simply “save” Doc Ock from his Spider-Man 2 death by having him crossover into the MCU before he drowns in the water. There is, after all, no reason to believe the arms wouldn’t be able to take over his mind again even after he turns good again. That’s a legitimate possibility, even if it would also take away the power from Otto’s redemption at the end of Spider-Man 2.

The Inverse Analysis — There is still a lot that has to be revealed about the plot of Spider-Man: No Way Home, including the specific circumstances surrounding the return of many of its villains. At least, that’s certainly the case with Molina’s Doc Ock and Willem Dafoe’s Green Goblin, two villains who most fans believed to be dead at the end of their respective Spider-Man films.

But regardless of how Marvel chooses to pull Doc Ock from his own universe into the MCU, fans can at least rest easy knowing the Spider-Man: No Way Home filmmakers won’t be retconning anything about the character when he finally appears onscreen again.