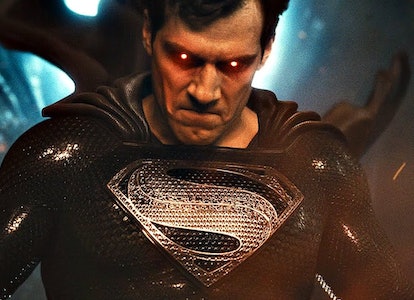 If you grew up in the ‘90s, there’s one version of Superman that just feels right. Animated by hand with a face like an Art Deco building, the superhero star of Superman: The Animated Series quickly became the definitive version of everyone’s favorite Kryptonian — especially after he started hanging out with Batman, the Flash, Wonder Woman, and the rest of the gang in the spinoff Justice League cartoon.

That’s the Superman I grew up on. But when I started rewatching the Justice League cartoon on HBO Max last week, something felt... wrong. The Man of Steel should be the toughest guy in any room by a mile, but this version of Superman was barely more powerful than a locomotive. Instead, he gets tossed around by everyone from Lex Luthor to generic alien goons to Wonder Woman. (No offense Diana, but you’re no Kal-El.)

The problem (and the solution) is Zack Snyder’s Justice League — aka, the Snyder Cut.

In the Snyder Cut, Superman really does feel indestructible (as long as there’s no kryptonite around, and thankfully, Steppenwolf left his at home). He’s an unstoppable force and an unmovable object all at once. He’s raw power like we’ve never seen before, strong enough to put the fear of god in everyone from Darkseid to Batman.

When Superman finally fights Steppenwolf, it’s like watching Captain America fight a cockroach. When he goes full evil in those “Knightmare” sequences, it’s terrifying to behold.

Snyder’s Superman is also kind of an idiot, and that works too.

In the earlier DC Extended Universe movies, Kal-El mostly just reacts to the world around him, and his response is rarely very thought out. The collateral damage in Man of Steel and Batman vs. Superman alone easily rivals the entire Marvel Cinematic Universe.

But that level of destruction works, insofar as it sets Superman up as an all-powerful force that can be wielded for good (or evil), and that’s particularly clear in the moments after the Justice League brings Superman back from the dead in the Snyder Cut. Confused and angry, Kal-El lashes out at his surroundings, easily clobbering the film’s other five heroes in a fight that threatens to kill anyone in a three-hundred-foot radius.

It’s absolutely incredible to watch, and it’s the kind of thing that the weaker Superman from the animated shows could never deliver — for a very good reason.

A weaker Superman isn’t a new concept. It predates the ‘90s cartoon, hailing from the same place all great superhero developments come from: the comics.

In 1986, comic book writer John Byrne kicked off a two-year run that completely reinvented the Last Son of Krypton. This version of Superman was more confident and less of a country bumpkin farm boy. His alter ego Clark Kent also got a fun workplace rivalry with Lois Lane, while his archnemesis Lex Luthor was upgraded from mad scientist to brilliant businessman.

But most important of all, this version of Superman wasn’t quite as invincible. He was still strong, but it took a little more effort to do the really impressive stuff like stop a speeding train. He was still bulletproof, but explosions sent him flying and left a mark.

In short? This Superman was a little less super.

Byrne’s take on the Man of Steel directly informed the 1996 cartoon a decade later, which became the defacto version of Superman for an entire generation... until Zack Snyder showed up, that is.

Before you get out your kryptonite-tipped pitchforks, let me make this clear: I’m simplifying things, drastically. There are so many great versions of Superman out there, and I could write a thousand articles about this character without ever running out of material. But two Supermen, in particular, occupy my mind, and it’s tough not to compare the featherweight animated hero of my childhood with the indomitable one we got in the Snyder Saga.

In humanizing Superman, we lost what arguably made his character so interesting: his sheer, unimaginable alien power. Zack Snyder always knew this, even if it originally made us uncomfortable. With the Snyder Cut, he restored the Superman we didn’t even know we missed.

When Man of Steel first came out, a lot of Superman fans didn’t really get it. (Some did, and still didn’t love it.) The sequel, Batman vs. Superman, was a mess, and so was the theatrical version of Justice League. But now that the filmmaker’s original vision has been restored, one thing is clear: Snyder was right about Superman all along.

The Snyder Cut is streaming now on HBO Max.