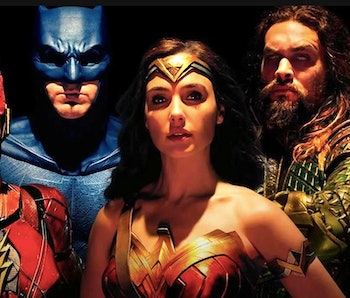 What was once a dream is now a reality: the Snyder Cut of 2017’s Justice League is finally happening. The new HBO Max streaming service, owned by WarnerMedia Entertainment, will fund Zack Snyder’s costly endeavor. The Snyder Cut will be released at some point in 2021, but how will it impact the DCEU moving forward?

We know that Ezra Miller’s The Flash made a cameo in the Arrowverse crossover, “Crisis on Infinite Earths,” confirming the existence of the DCEU within the DCTV framework. With that in mind, the Snyder Cut could help the DCEU beat Marvel to one major milestone by officially introducing the multiverse in the films.

Realizing Snyder's vision will reportedly cost upwards of $30 million or more for post-production, special effects, ADR, and more. However, there’s not yet a concrete answer regarding the film’s place in DCEU canon, or how it could affect the rest of the DC slate of films.

It’s likely Snyder will rely on unused footage and deleted scenes to finish up his version of the film. But, a new version of the Justice League story might impact the timelines for Shazam! 2, The Suicide Squad, Black Adam, and Aquaman 2, all of which take place after Joss Whedon's version of Justice League. It’s possible that whatever new storylines evolve from the Snyder Cut will exist in separate continuity.

Enter the multiverse, introduced years ago in the Arrowverse, though has yet to be implemented into the DCEU. The idea of parallel universes is not new to DC Comics — the entire premise of “Crisis on Infinite Earths” was to collapse the multiverse and make it so that only one Earth was left behind, to streamline continuity in the comics. The Arrowverse, on the other hand, still acknowleges the existence of a few alternate Earths.

Perhaps the 2017 version of Justice League could be confirmed as being on Earth-Prime, while the 2021 version of the movie will diverge to a new timeline or simply be explained as existing on another Earth altogether. If the Snyder Cut exists on another Earth, then it could still be canon without shaking things up too much.

Inverse has already postulated that The Flash movie could introduce an alternate timeline for the DCEU. After all, the “Flashpoint” storyline, which sees Barry Allen going back in time to alter a major event, is still the central premise of The Flash.

Conversely, the new Justice League could shake up the DCEU’s timeline if it’s ultimately confirmed to be the primary and accepted version moving forward, but that seems less likely given the sheer number of films already in production prior to the surprise Snyder Cut announcement. Either way, the Snyder Cut may ultimately lead the DCEU to explore the concept of a multiverse before the MCU.