“A drug that gives you superpowers?” 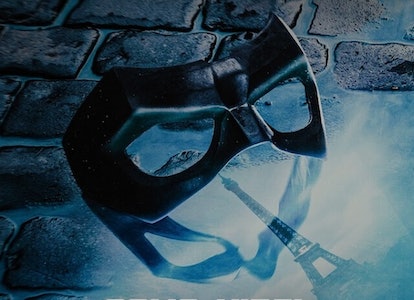 “What if superheroes were just a part of society?” is a question asked by all manner of movies, be it Watchmen, The Incredibles, or even Sky High.

But now, in an era where global cinema is flourishing more than ever, other cultures are getting in on this timeless premise. Korea has Psychokinesis, Germany has Freaks: You’re One of Us, and with this 2020 crime thriller, France throws its hat into the ring with a stunning allegorical superhero story with a detective twist.

How I Became a Superhero is a 2020 French Netflix original movie co-written and directed by Douglas Attal. It follows Gary Moreau, a candy-munching Paris detective, as he investigates a mysterious case involving what appears to be a series of flamethrower attacks. During his investigation, Moreau is assigned a partner he doesn’t quite like, and if having to get along with one person wasn’t already enough, he has a roommate who is old and cantankerous.

That all sounds like the makings of a great noir thriller, but there’s just one difference: This is a world where superheroes exist within society.

All those flamethrower attacks are actually committed by people under the influence of a new experimental drug that transfers superpowers to the user for a short time. With the help of Moreau’s roommate, a retired superhero known as Monte Carlo, they track down the hero with the power to summon fire from his hands. However, it’s too late. He’s found dead with his blood sucked out from him in a truly gruesome manner.

With the help of Monte Carlo and other ex-superheroes, Moreau uncovers a massive conspiracy surrounding those who seek to sell superpowers as a quick high. Through this, he comes to some unwelcome realizations about himself and his past failures.

Is this the start of the next Marvel Cinematic Universe? No, but it’s not trying to be. Unlike other attempts from international markets to break into the superhero genre, this film doesn’t attempt to replicate the Marvel formula.

How I Became a Superhero is trying something new — a mishmash of genres that together create a unique viewing experience. It’s distinctly French, bringing to mind more current hits like Lupin in its grittiness combined with a love of storytelling.

If you’re a fan of Watchmen, The Suicide Squad, Mystery Men, or any crime thriller, this movie is sure to check all your boxes. And if you’re hesitant because of the language barrier, don’t worry — it’s also dubbed in English.

How I Became a Superhero is now streaming on Netflix.