"Star Trek impacted our family to the very deepest part of our cores. It told our stories." 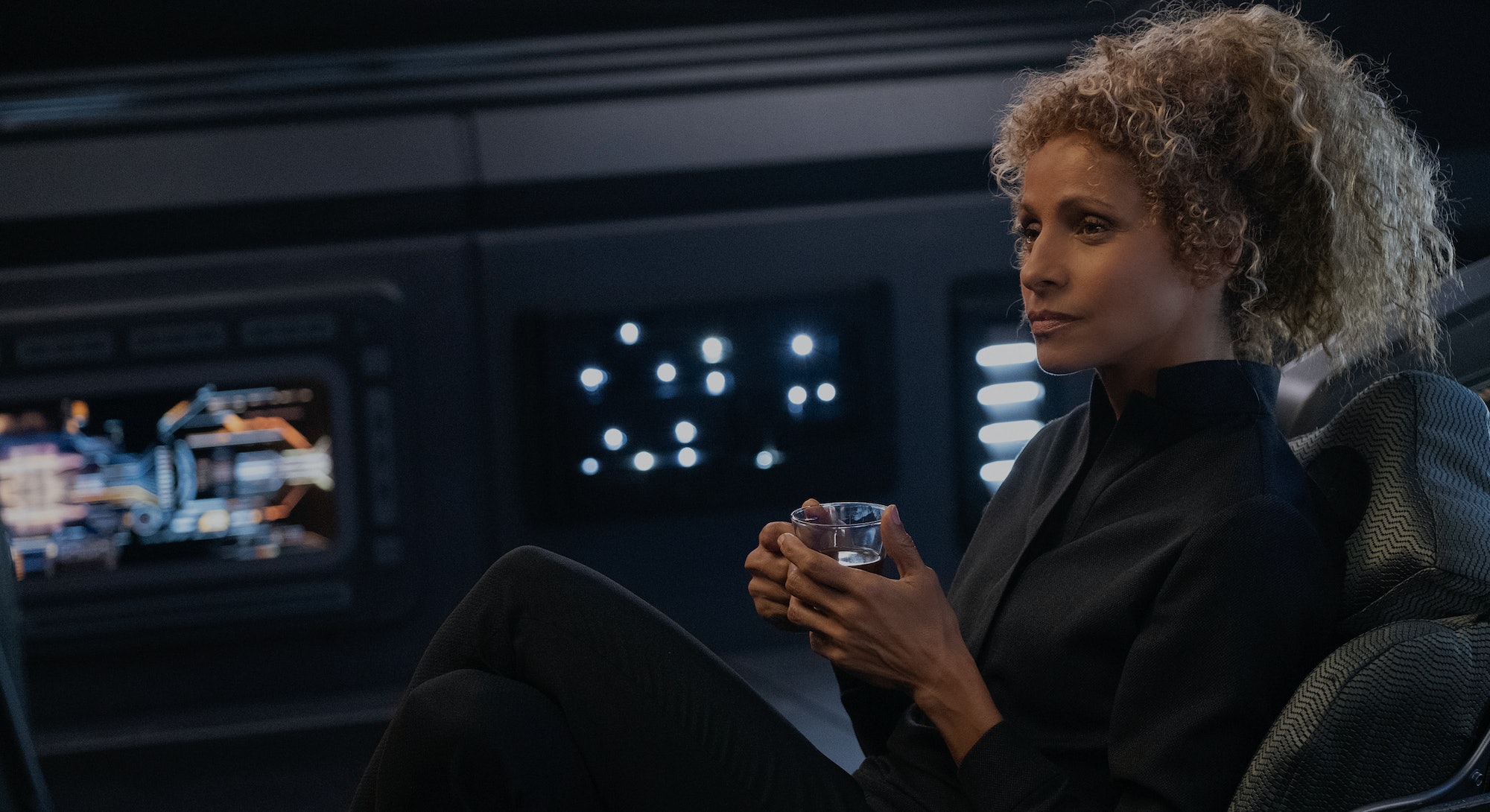 For Michelle Hurd, a love of Star Trek runs in the family.

The actor plays Raffi Musiker, Jean-Luc’s estranged post-Enterprise bestie in Picard. While past heroes of the Federation have been venerated for defying orders, Raffi isn’t so lucky. When she deduces a conspiracy afoot among Starfleet’s top brass, her promising career ends in a flash. So she’s anything but pleased to see Jean-Luc when he comes knocking. Yet she proves an invaluable ally to Picard when the call to heroism beckons.

To mark the recent release of Picard Season 1 on Blu-ray and DVD, Inverse spoke with Hurd about Season 2, Raffi’s surprising new relationship, and the importance of Star Trek’s inclusive vision in tumultuous times.

Do you have any sense yet of the shooting schedule for Season 2?

I believe we are going to be going back in January. That's the last thing I heard. So we're really excited about that. We just want to make sure that everybody's safe, and the protocols are in place so that we can keep our our captain as safe as we possibly can.

We haven't gotten any of the scripts yet, but it’s a testament to the world of Star Trek, and to Gene Roddenberry, that our writers and our producers are always are influenced by what is going on around us and how it impacts us as a society. So I don't know that they've changed anything they had already written. But they were writing this next season during this pandemic, and I can't imagine that they haven't been influenced by what we've all experienced during this time.

When I realized that was Raffi’s locale, I was like, “wait, what? That’s the Gorn!” It was so honoring and humbling to be part of something that was really historic in our lexicon. Not to get totally fruity or whatever, but it’s like a sacred space from our Star Trek world.

And, on a side note, how cool is that trailer?

One of the standout moments in Season 1 comes when Raffi breaks down after a pair of brutal rejections. Can you take us through your performance?

It’s not the same, but in the story of Medea, she does all these things for Jason, but then he leaves her, and she realizes she’s closed every other door behind her. So when Raffi makes that call to Starfleet, the last line of her friend saying, “Do me a favor, lose my number,” that’s another door that’s closed.

This comes right after her son — rightly! — tells her, "you don't get to be absent from the majority of my life, then jump in saying you're better." When she got back to the ship, it’s clear she wasn't better. She tumbled right back into her bottle. So when that last friend says “don't call me ever again,” it's a pulling back of a curtain of shame, and she can't hide it.

The truth is that everybody's story may not be as happy as we assume. People struggle, and we should take the time to have more patience and empathy for people who are hiding their pain. I loved that juxtaposition, of Raffi being very blunt, clever, dramatic and fun, when the reality was it was just a facade.

What do you think Raffi and Seven’s relationship means for the series going forward?

These are two really intelligent, strong women who have overcome big obstacles. Raffi is still trying to find her feet, but there's a person in front of her who walks into a room and commands the space. Raffi is so curious — she'd love to hear all the things that Seven of Nine has gone through. There’s such camaraderie there and they share that dark sense of humor. Could you imagine their conversations?

I’d love to see a fluidity to their relationship. It's about connection — seeing someone, hearing someone, allowing those people to affect us — and acting upon that without judgment, without labels, without stigma. I have no idea exactly what will be happening in the future for Raffi and Seven. But I really have faith in the in the writers and their vision. I would really love to see that relationship taken to a place where that love is explored and embraced and celebrated.

Picard and Discovery call out the Federation’s flaws, while TOS had a very optimistic vision of the future. What’s different now?

The pandemic and all the videos of Black people being killed has been really, really painful. My mother and father were activists and walked with Dr. King. When all this was going on in the last several months, I called my mom and asked, “How did you do it? You lived when Dr. King and Malcolm and all these people were assassinated. How did you continue?” She said, “We’re not going anywhere. We’re not to be dismissed, we’re not to be ignored. This too shall pass.”

It strengthens my heart to see people, not just people of color, but all kinds of people come together to stand up for our brothers and sisters. We cannot have injustice anymore. We need to stand together and be family — the human family, the human race. There are so many stories in Star Trek that address these issues.

The 60s were unbelievably challenging, and now we're in that same space. We're also at a time where the majority of our youth grow up with social media and can interact with people across the world. If we can harness that — amplify each other, support each other, and protect each other — we have a really beautiful path forward. Because I'm part of the Star Trek family, as well as the daughter of activist parents, I have hope. We have to have hope, because we're not going anywhere. We're all here, and we're all important. Everybody's story matters.

Your dad was a fan of the original Star Trek. What did the show mean to your family?

My father was an actor, and there were a lot of parts back in the day where he felt that the characters he was playing were either kind of an Uncle Tom, or the pimp. He was very proud and he wanted his girls to see themselves represented as strongly as they could be.

After I got the part on Picard, I literally had a flashback to being in the living room with my dad being so happy and encouraging of us to watch Star Trek, because it was a show of inclusion. The awning of sci-fi let you talk about these deep, heavy issues and bring them with you into the world in some small way. Star Trek impacted our family to the very deepest part of our cores. It told our stories.

Picard Season 1 is available now on Blu-ray and DVD, and streaming on CBS All Access.