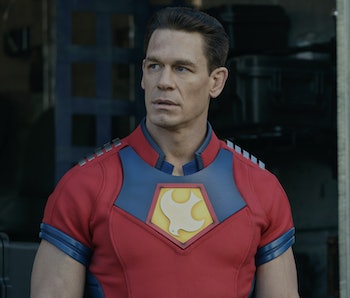 Peacemaker is ready to take aim at superheroes — and the earnest clichés that mostly accompany the genre. Both a spinoff series and sequel to James Gunn’s 2021 feature film The Suicide Squad, the new HBO Max show focuses its lens on an unlikely character: Peacemaker, the brash, muscle-bound, kill-happy super-patriot portrayed by John Cena in the DC Comics-inspired flick.

Gunn created the series, serves as executive producer, wrote every episode, and directed more than half the season. With the anticipation for the program mounting, here’s what Peacemaker is all about — including further details on when and where you can stream its first season.

When is the Peacemaker release date?

Peacemaker will premiere on Thursday, January 13. Only the first three episodes of Season 1 will be available to stream. New episodes will be released every Thursday following the premiere date.

Where can I watch Peacemaker?

Peacemaker will debut new episodes exclusively on HBO Max. A subscription to HBO Max is required to watch the show.

When is the release time for Peacemaker?

HBO Max typically premieres its newest movies and TV shows at midnight Pacific. This is the case with Peacemaker. Director James Gunn confirmed on Twitter that the show will premiere at 12:01 a.m. Pacific and 3:01 a.m. Eastern.

How many episodes are in Peacemaker Season 1?

What are the Peacemaker Season 1 episode titles?

At this point, we only know the titles of the first seven episodes, which are each labeled as “chapters.” It’s possible the title of the final episode could contain spoilers, explaining why they’ve yet to be revealed. We will find out as the series progresses.

How long are the Peacemaker episode runtimes?

Peacemaker runtimes range between 38 minutes and 46 minutes in length. As far as we can tell, no episode in season one is longer than an hour. Here are the approximate runtimes for seven of the eight episodes.

What is the Peacemaker plot?

Peacemaker picks up where James Gunn’s movie ended — with John Cena’s misguided hero imprisoned for the traitorous actions he committed against the rest of The Suicide Squad on the big screen. To get out of prison, Peacemaker is enlisted by Project: Butterfly, a new covert team on a mission to eradicate a mysterious threat.

Why is Peacemaker along for the ride? To murder people, of course. Murdering for the greater good is his wheelhouse. After all, he proudly believes in upholding peace at any cost, no matter how many people he has to take down to get it. Considering how villainous he was portrayed in Gunn’s film, we have to wonder if he’ll be able to vanquish this unknown enemy and prove himself the hero he’s always strived to be. Or will his big mouth, offensive opinions, and unapologetic love for ‘80s hair metal get in the way?

The first three episodes of Peacemaker will aim to give him a backstory and add some new layers to the character, while he ventures out on another world-saving adventure.

Who is in the Peacemaker cast?

Peacemaker has a talented, comedic cast led by John Cena. Here is a list of the main characters and the actors who play them:

Is there a Peacemaker trailer?

Yes. There are a few trailers for Peacemaker. Watch three of them below.