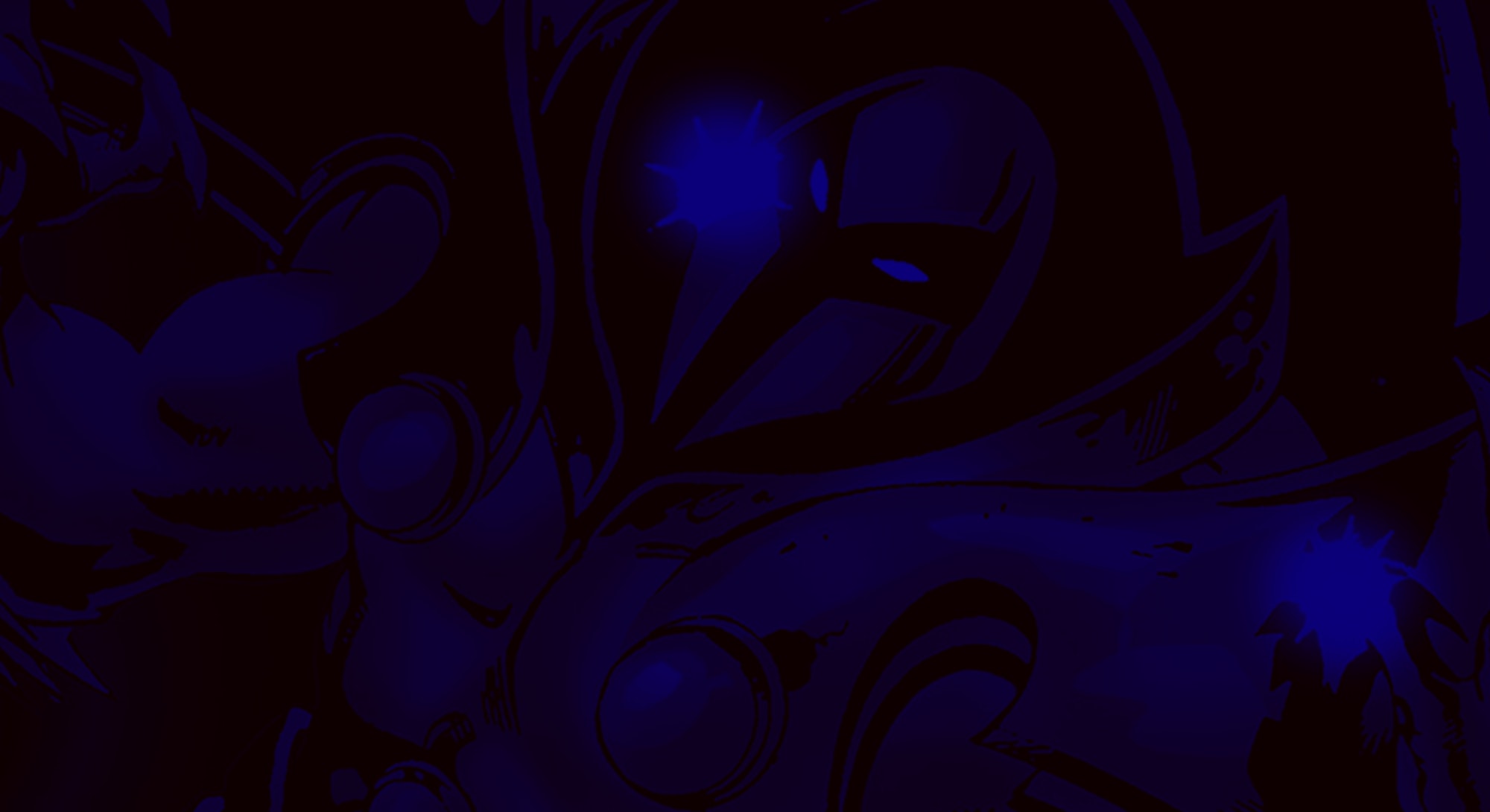 Marvel knew it was in trouble.

Midway through the ‘90s, sales were dramatically falling, and the excitement generated. The launch of titles like X-Force and X-Men just a handful of years earlier had almost entirely disappeared. Something drastic needed to be done, and executives knew it.

So, in 1996, Marvel shocked fans by announcing that it was canceling some of its longest-running comics — Avengers, Fantastic Four, Captain America, and Iron Man — with plans to relaunch them under the control of two of the hottest creators in the industry. Those creators? Jim Lee and Rob Liefeld, who had both dramatically quit the company five years earlier to co-found Image Comics.

It was bold, unexpected, and likely to succeed. After all, both Liefeld and Lee had broken sales records for the company before their departure, and they would be taking over properties that, while holding historic places in comics mythology, hadn’t exactly been performing that well before their cancellation. No matter what happened, it seemed like a win-win proposition for Marvel.

There was just one problem: in order to make it all happen, the company would have to kill off the original versions of the characters somehow. The cover of Onslaught: X-Men #1 offered a hint as to how that was going to happen.

“The EVOLUTION of the Marvel Universe begins here!” read the tagline on the cover above an image of Wolverine trying to stab the eponymous villain with his claws. For once, it wasn’t mere hyperbole. By the end of the story, the Marvel Universe would be operating without some of its most iconic heroes, with Lee and Liefeld’s reboot versions existing in an alternate dimension.

The mechanics for achieving that narrative sleight of hand, however, rested entirely outside of the franchises most directly affected by the change. Instead, the spine of the story came from the best-selling X-Men line of comics, which had been teasing the arrival of something called Onslaught for more than a year by the time the story officially got underway.

Technically, you could trace the origins of the story to May 1995’s Uncanny X-Men #332, in which the famously unstoppable Juggernaut was finally soundly defeated off-panel by some unseen foe. When discovered by the X-Men, Juggernaut uttered just one word: “Onslaught.” It was a dramatic introduction for what was sure to be a major threat to the fan-favorite heroes, sure, with just one problem: No-one at that point, including the writer responsible for the issue, had any idea what Onslaught really was.

That small detail wasn’t enough to stop X-Men editors from asking other Marvel writers to mention Onslaught in their own comics in an effort to promote the final confrontation. Vague, foreboding references would show up in issues of Uncanny X-Men, Wolverine, and other X-Books for the next 12 months as everyone (creators included) tried to figure out what it all meant.

Elsewhere at Marvel, editors were trying to work out just what kind of story would explain the planned removal of Captain America, Iron Man, Thor, and the rest of Earth’s Mightiest Heroes from the central Marvel universe ahead of their high-profile reboot. Could the unseen villain who’d been teased in some of the publisher’s most popular titles over the past year, and whose arrival was already guaranteed to be a big deal with confused and excited readers, be enough of a threat to take out so many iconic heroes at the same time? Perhaps so. All that was needed was a story worthy of the occasion — and an Onslaught reveal that was worth the wait.

Marvel didn’t manage either of those things.

As X-Men #53 dramatically revealed, Onslaught was none other than Professor Charles Xavier himself. Professor X’s dark side has come to the fore as an inexplicably armored hulking figure intending to establish mutant supremacy once and for all — and enslave regular humanity in the process. It’s undoubtedly a great idea for the ultimate X-Men villain, even if it’s one that had technically been done before. (1983’s little-remembered X-Men and the Micronauts miniseries also featured an evil Xavier calling himself “The Entity” as its main villain.) Had creators managed to hold onto the appealing simplicity of “It’s Professor Xavier, but he’s a bad guy now,” things might have worked out better.

Unfortunately, that wasn’t what happened. Wolverine #104 – released just two months after the initial Xavier reveal – explained that, actually, Onslaught was a version of Xavier that had been corrupted by an essence of evil he’d picked up from arch-nemesis Magneto. As if the idea of evil psychic flu wasn’t enough, things got weirder. Midway through the story, Xavier is somehow rescued from Onslaught, who has inexplicably become an entirely different person after absorbing the mutant powers of an entirely different character, because… mystery plot reasons?

With both the origins and purpose of Onslaught the character so unclear, it’s only fitting the climax of Onslaught the storyline is a nonsensical mess. It’s discovered that, just as Onslaught becomes stronger by absorbing the powers of mutants through physical contact, he becomes weaker by coming into contact with non-mutants, meaning that, after his physical form is transformed into “pure psionic energy” (don’t ask), the Fantastic Four and the Avengers get to save the day by… stepping inside him and disappearing because Onslaught is now a portal to somewhere, I guess? Except, Onslaught is also physical enough for the X-Men to shoot energy beams at him and hit him at the same time, so… yeah.

All we can say for sure is that Onslaught explodes, reality warps — no, really, a caption says so — and the Avengers and the Fantastic Four are gone for good as a result. Well, for a year, but no one knew that back then.

Let’s put aside the question of how Onslaught turned into a magic portal, as well as the question of how, if physical contact with mutants empowers him, Onslaught didn’t get stronger when the X-Men were punching him at the end. Hell, let’s also ignore the fact that two of the Avengers that sacrifice themselves by entering the portal to weaken Onslaught were, in fact, mutants, while we’re at it. (Quicksilver even delivers a speech explaining why he shouldn’t sacrifice himself moments after his equally-mutant sister the Scarlet Witch run right in.)

Even without that, the big dramatic conclusion of Onslaught still manages to essentially undermine every single hero at the same time. The meaningful sacrifice of the Avengers and Fantastic Four is undercut not only by the fact that they’re not fully aware that it’s a sacrifice — no-one knows for sure what happens when they run into the portal, not least of whom, the reader — but by the fact that, really, all they’re doing is running towards a light and hoping for the best.

The X-Men, meanwhile, are robbed of any meaningful closure to what is essentially their story. The repeated revisions to Onslaught’s character mean there’s no real reckoning with Professor Xavier. Instead, their physical conflict with the villain comes down to a double-page spread where they offer up the superhero equivalent of a Care Bear Stare. All of this was, somehow, the result of months of planning by a number of very talented people.

The final chapter, a special issue titled Onslaught: Marvel Universe, ends with the Watcher standing by himself and teasing, “A day of new possibilities… of heroes rediscovered and heroes reborn.” The next page, the final page of the issue, advertises the reboots of Fantastic Four, Captain America, Iron Man and Avengers, underscoring the corporate agenda that the storyline was created to fulfill, even as the reader wonders what the hell they just read.

It would be difficult to make an argument for Onslaught being an objectively good comic book story. As a temporary send-off for some of Marvel’s biggest characters, it’s a complete disaster, certainly. But as an example of the 1990s superhero genre at its overwrought, over-dramatic glossiest, it’s… actually kind of perfect.

Think of Onslaught as the perfect example of a decade’s worth of superhero comics, boiled down into one breathless, confusing storyline; when viewed in those terms, it’s far easier to accept. In fact, viewed as a symbol of 1990s excess, Onslaught becomes something that’s surprisingly easy to love… or, at least, love to hate.