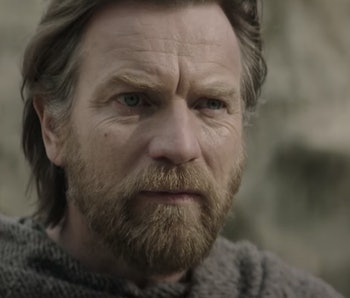 When Obi-Wan Kenobi begins, viewers shouldn’t expect to see Ewan McGregor’s exiled Jedi adopting the same lighthearted, sarcastic tone he did throughout most of the Star Wars prequel trilogy. Set 10 years after the events of Star Wars: Episode III — Revenge of the Sith, the upcoming Disney+ series will catch up with the Jedi while he’s still dealing with the losses he suffered at the end of the Clone Wars.

It’s for that reason that many Star Wars fans have come to believe that Obi-Wan Kenobi will include flashbacks to new moments set during the prequels. And if it does, there’s a chance Obi-Wan Kenobi could bring to life one foreboding conversation between Obi-Wan and Anakin Skywalker (Hayden Christensen) that, unfortunately, never made it into Star Wars: The Clone Wars.

Similar Failures — As recently noted by TikTok user @lexreviews, there’s a written but unused Clone Wars scene that could be used to devastating effect in Obi-Wan Kenobi. The scene takes place after Ahsoka Tano’s departure from the Jedi Order at the end of Clone Wars Season 5, and is a short campfire conversation between Obi-Wan and Anakin.

Anakin expresses his anger and frustration with Ahsoka for leaving the Jedi Order, and with the organization itself for giving her reason to leave in the first place. When Obi-Wan tries to calm Anakin’s emotions about his padawan’s departure, Anakin asks Obi-Wan how he’d feel if their relationship ever took a similar turn.

Obi-Wan admits that he wouldn’t sleep “very well” if Anakin ever “failed” him, but says he’s confident that will never happen. Of course, Obi-Wan is wrong, and by lingering on Anakin’s frustrated expression the scene ends on an ominous note.

Clouded by Emotions — Until Obi-Wan Kenobi premieres on Disney+ this May, there’s no way of knowing whether this scene or one like it will be included. However, there is reason to believe that Kenobi will show moments that occurred before Anakin Skywalker’s downfall and subsequent transformation into Darth Vader.

Flashbacks would not only help hammer home the guilt Obi-Wan feels about Anakin’s turn, but also remind viewers of the brotherly bond he lost when the Jedi Order fell. And while we do know that Hayden Christensen will appear in Obi-Wan Kenobi as Darth Vader, Ewan McGregor has heavily hinted that he shot scenes for Obi-Wan where his Revenge of the Sith co-star appears as Anakin Skywalker.

It’s possible McGregor simply prefers to call Christensen’s Vader by his original name. However, most fans have taken McGregor’s comments to mean that the series will feature scenes between Obi-Wan and Anakin, which doesn’t seem like an unreasonable assumption. If the series does revisit the past, then it’s hard to think of any scene that would carry quite as much weight as this cut Clone Wars conversation would.

The Inverse Analysis — Star Wars: The Clone Wars did a lot to help flesh out and deepen Anakin and Obi-Wan’s relationship, so it makes sense that fans are starting to look back at it ahead of Kenobi’s premiere. Given Lucasfilm’s growing willingness to connect its animated and live-action projects, it’s entirely possible that Kenobi will give viewers a version of this scene.

Even if it doesn’t, the series still has the opportunity to do what Clone Wars did before it and add even more layers to what’s already one of the most fascinating and tragic relationships in Star Wars. Whether or not Obi-Wan Kenobi manages to actually do that remains to be seen.