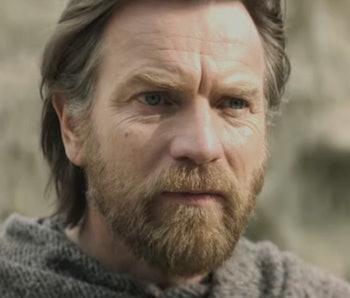 It’s been less than 24 hours since the Obi-Wan Kenobi trailer debuted, so it should come as no surprise that we’re still finding new clues in this 2-minute teaser. However, the latest could come as a huge surprise to anyone who’s been watching along with The Mandalorian and Book of Boba Fett.

Possible spoilers for Obi-Wan Kenobi below.

There’s a lot to unpack in the new Kenobi teaser, from the introduction of Inquisitors in live-action to the apparent hint of a Han Solo cameo. However, one fan on Reddit is focused on a shot from the trailer featuring a group of green birds. Now, where have we seen green birds before in Star Wars?

In the Star Wars animated shows, Ahsoka’s character is often associated with Morai, a green owl. Will Obi-Wan Kenobi reinterpret Morai into an entire flock? It certainly seems possible, though those don’t exactly look like owls. Also, as some Reddit commenters have already pointed out, we saw a brief glimpse of what seemed to be Morai in The Mandalorian and it was definitely an owl.

Then again, regardless of whether those birds represent Ahsoka Tano or not, there’s still reason to believe that the former Jedi trained by Anakin Skywalker could show up in Obi-Wan Kenobi.

With this new Star Wars show, Lucasfilm has a chance to explore an unexplained chapter in Ahsoka’s life. We know that Ahsoka participated in the Clone Wars during the prequels era, but the next time we saw her on-screen was in Star Wars Rebels, set 14 years into the Empire’s rule. Obi-Wan Kenobi takes place 10 years after the Clone Wars, meaning that if Ahsoka shows up, we would be meeting a version of the character we’ve never seen before.

How did she become a Rebel leader? Did Obi-Wan have anything to do with it? These are the questions Kenobi can answer.

And with an Ahsoka spinoff show set years after the events of Kenobi on the horizon, a cameo here could help explain how she became the stoic badass we met in The Mandalorian. Perhaps even more important, it could give Star Wars fans who never watched the animated shows a bit more background on her character — and who doesn’t want that?