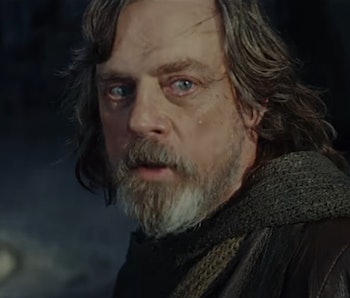 There’s no shortage of Sith lords in the Star Wars galaxy, but when it comes to the greatest Sith of all time, it’s a much smaller field. Darth Vader might be fearsome, and Darth Sidious is the most strategic, but one character’s contribution to the Sith legacy stands above the rest.

We’re talking, of course, about Darth Plagueis the Wise, a Sith lord who looms large in Star Wars for unlocking the secrets to eternal life. But despite that, we’ve never seen him on the big (or small) screen. In fact, if you don’t count the non-canonical Star Wars Extended Universe, we’ve never actually seen a single image of ‘Ole Plagueis anywhere ever.

Written by Marc Sumerak and published on October 12, Star Wars - Secrets of the Sith dives into Star Wars lore, offering new information on mysterious concepts like the Force Dyad introduced in The Rise of Skywalker. But one image from the book, in particular, is drawing attention from fans.

The wisest Sith lord isn’t featured on the book’s cover, but he does show up on at least one page. As noted by Twitter user @JacobsQuest, the book features an image of several generations of Sith lords, including Plageuis himself. Ironically, the character’s face is covered in shadows, but we can clearly see two piercing red eyes.

“At the top here seems to be our first canon look at Plagueis,” @JacobsQuest points out, “Just his eyes though.”

Does any of this matter? In the abstract, maybe not. Darth Plageuis already exists in current Star Wars canon thanks to the infamous “opera scene” in Revenge of the Sith. But by showing his eyes, Lucasfilm may have revealed a whole lot more.

For context, here’s what Plagueis looks like in the Star Wars Extended Universe.

If you compare this new image of Plagueis (see it here if you haven’t already) with the one above, they look pretty similar, which could mean that the EU depictions of the Sith lord line up with how he looks in current Star Wars canon. On the surface, that’s just a fun, useless fact, but it could be a hint at things to come.

With the Star Wars franchise set to explore its past more thoroughly in the upcoming Disney+ series The Acolyte (from Russian Doll co-creator Leslye Headland), there’s never been a better time to bring Plagueis back into the conversation. After all, the Sith lord who trained Sheev was presumably at the peak of his power at the end of the High Republic era when Acolyte takes place.

This new book might just be the first of many times we see Plagueis the Wise pop up as Lucasfilm lays the groundwork for a terrifying onscreen appearance in the not-so-distant future. And in the process, maybe we’ll finally learn the secret to eternal life in Star Wars.

And because I know you want to watch it, here’s that opera scene.