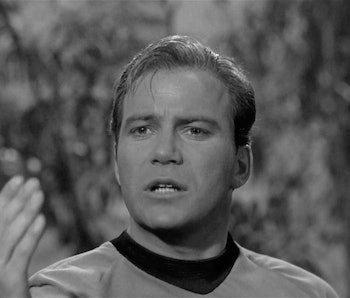 Since 2016's Star Trek Beyond, there have been several false starts for the next big Trek film. (Remember the Quentin Tarantino movie?) But now, Discovery writer Kalinda Vazquez has been tapped to craft the script for the next Star Trek movie.

Here's why this is big news for the Trek franchise, and why Vazquez's writing chops could unite the franchise in a surprising way. Not only is this the first Trek movie written by a woman, but it could also be the first to unite the TV and film franchises in a very long time.

According to Deadline, Kalinda Vazquez has made a "blind deal for an original movie that she hatched," and that film will become the next Star Trek feature film. J.J. Abrams' production company Bad Robot will produce the movie, which has been the case since he rebooted the film franchise in 2009.

The difference between then and now is stark. When Abrams directed the 2009 reboot (written by Alex Kurtzman and Roberto Orci) the film rights to Star Trek were owned by Paramount, while the TV rights were retained by CBS. Even in 2017 when Alex Kurtzman crossed-over to produce and oversee the launch of Discovery on CBS All Access, the future of the Trek films and the Trek TV shows were completely separate. But with the re-merger of CBS and Paramount, all versions of Star Trek are again controlled by the same parent company.

Having one of the writers from one of the Trek TV series, specifically Vazquez, pen the next feature film could suggest a movie that has some crossover potential. Or, at the very least, could possibly unite various disparate aspects of the franchise into one new bold feature film.

The idea of a Trek TV writer taking on the challenge of writing a Trek movie also harkens back to the '90s golden age of Star Trek. Back then, TNG writers Ronald D. Moore and Brannon Braga started writing the Trek feature films at the same time that they were writing for the shows.

The fact that Vazquez co-wrote one of Discovery's biggest crossover episodes in Season 3 — "Terra Firma" — might give us a hint that her Trek movie concept could take advantage of the rich lore of the franchise. Back in 2020, Vazquez told Inverse that the newly rebooted Guardian of Forever (from the '60s Trek) was given a new name in honor of Carl Sagan. Her script for that episode (along with Bo Yeon Kim and Erika Lippoldt) not only reintroduced a classic time travel portal from the original Star Trek, it also crossed two dimensions, and managed to finally connect the Prime Universe Discovery canon to the Kelvin Universe of the reboot films.

There's no way to know exactly what Vazquez's Trek movie will be about. But in Discovery Season 3, she proved she not only understands the Star Trek sandbox but also knows how to play with the toys in new and exciting ways. Deadline also reported that Vazquez got her first name "Kalinda" in honor of the character "Kelinda" from the TOS episode "By Any Other Name."

In that episode, aliens called the Kelvins (yes, really!) hijack the Enterprise try to take it to the Andromeda galaxy. Let's hope the next Star Trek movie takes us an even wilder ride.

The Kalinda Vazquez-penned Trek movie has no release date at this time.