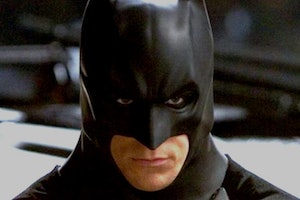 Despite its recent business woes, Netflix isn’t slowing down. In the second month of 2022, the service will add a forgotten Zack Snyder gem, a now-retro crime thriller, and plenty of superhero classics. Whether you’re in the mood for gritty realism, family adventure, or a good old fashioned sitcom, Netflix has what you’re looking for. Here are 8 shows and movies to check out on Netflix next month.

The Netflix original series following Steve Carell as General Mark Naird, an optimistic general trying to start an entirely new branch of the military, returns for a second season. The seven-episode season will pick up where the last one left off, as General Naird assembles his team to establish dominance in the field of space exploration.

Directed by French icon Jean-Pierre Jeunet, the mind behind classic aesthetic films like Amélie, Bigbug imagines the machine-reliant future in a brightly colored, whimsical, and slightly twee way. Set in 2045, the film follows a group of people held hostage by their domestic robots as an automaton revolution begins in the outside world.

But like all robot revolution stories, the real conflict is between the humans trying to survive. Check out this truly unique movie, premiering on Netflix February 11.

The cyber-crime thriller is just the latest evolution of the heist movie, and this 2007 Michael Mann film is the platonic ideal of the genre. Blackhat, streaming on Netflix February 16, stars Chris Hemsworth as a bank robber, or rather bank hacker, looking to commute his sentence by helping out with a hacking mystery.

Heath Ledger delivers a tour-de-force performance as the Joker in this titan of the superhero genre. Arriving to Netflix February 1, The Dark Knight is the epitome of what is now the go-to approach to superhero media: dark, gritty, and full of human emotion. It’s no wonder why it raked in the awards, including a posthumous Academy Award for Ledger.

Also arriving on Netflix February 1 is Batman Begins, so February is the perfect time for a Batman double feature. Just as Batman Begins depicts the origin story of Bruce Wayne’s alter ego, the film also shows the beginnings of Christopher Nolan’s vision for the character, a vision that would reach fruition years later in The Dark Knight.

With The Batman releasing in March, now’s the time to study up on your caped crusader lore.

3. Legend of the Guardians: The Owls of Ga’Hoole

Before there was Army of the Dead, before the Snyder Cut, and before his name was synonymous with an entire fandom, Zack Snyder took a departure from his usual gory thrillers like 300 and Dawn of the Dead with this animated family film about a group of owls defending themselves from rivals.

But don’t be fooled by their wide-eyed looks. This 2010 movie contains some truly Zack Snyder levels of peril, just tampered down to be appropriate for even the smallest Snyder fanboy.

Speaking of Zack Snyder, his take on the classic graphic novel Watchmen may not have sparked a giant franchise like his later DC offerings, but it’s a surprisingly refreshing take on the genre, untainted by the blockbusters that would come a few years later.

If you’re looking for a superhero binge, you can check this out on Netflix February 1.

Regardless of how much time passes and special effects progress, there are some horror movies that remain just as terrifying as when they premiered. The Exorcist, streaming on Netflix February 1, is one of them. The combination of pure body horror with religious overtones makes the story of Regan, a young girl supposedly possessed by a demon, truly horrifying even decades later.

If you’re a horror fan who hasn’t seen this classic, now is the time to rectify that.