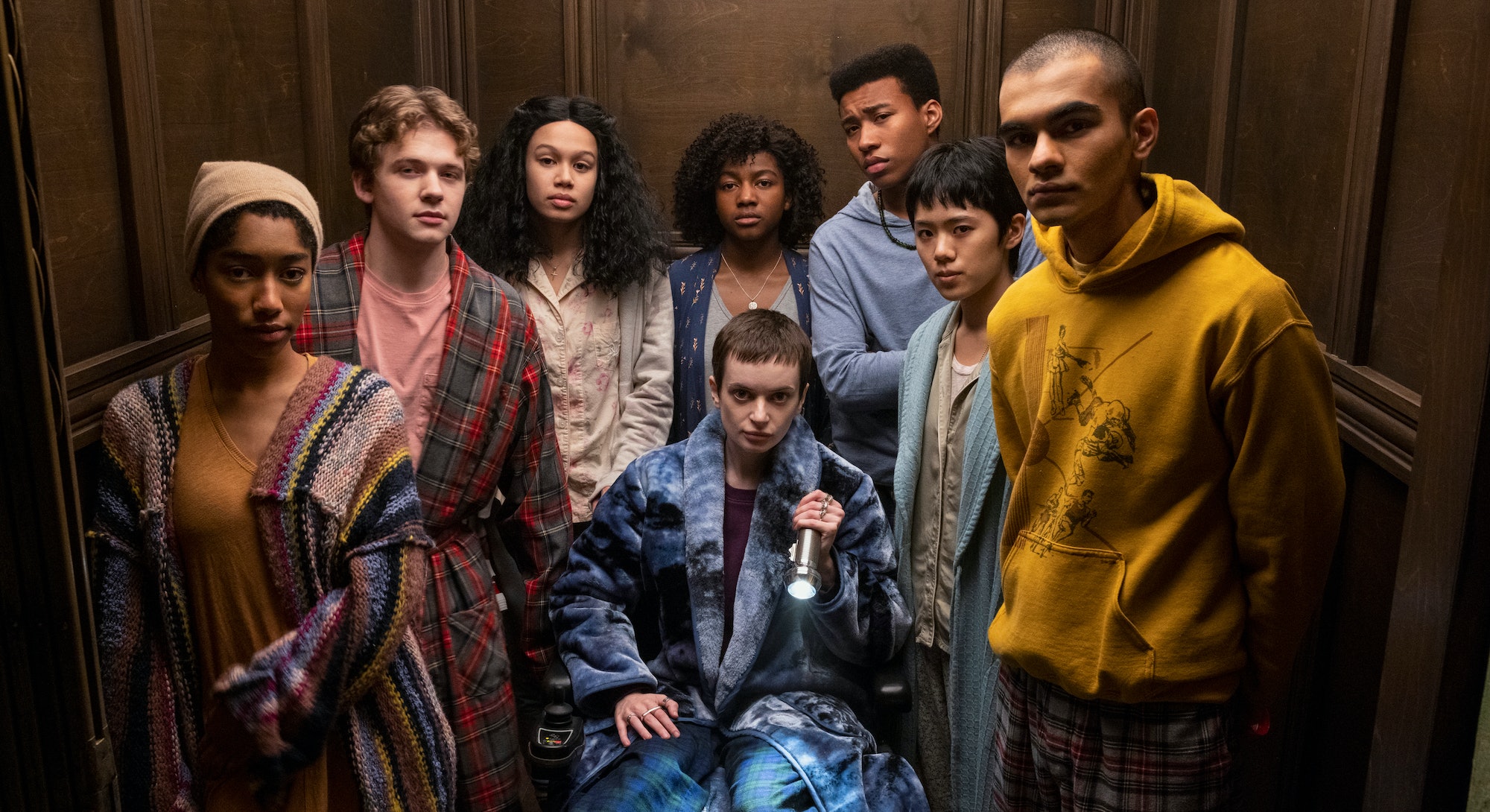 In fact, that may be his calling card. As Netflix’s most reliable horror maestro, Flanagan has explored how death affects a family in The Haunting of Hill House, a location in Haunting of Bly Manor, and religion in Midnight Mass. But with his new series, The Midnight Club, he takes on something more direct: Death’s inevitability.

It may seem like an odd choice of subject for a show aimed at young adults, but the gamble pays off.

An adaptation of the Christopher Pike novel of the same name, The Midnight Club starts like a CW series with a dark twist. In Episode 1, we’re introduced to Ilonka (Iman Benson) as she faces a terminal prognosis and moves into one of the saddest settings imaginable: a youth hospice. At Brightcliffe, Ilonka finds more than just a Victorian mansion where teens can live out their final days in peace. At midnight, the group gathers in the library to tell scary stories by the light of the fireplace.

The Club only has a handful of rules. The most important one is that when any of its members die, they must do everything they can to send a sign back to the living, a glimmer of hope that there could be something on the other side.

Every night (and once per episode) a different member tells a scary story. The audience is treated to a re-enactment of the narrative by the characters, which indirectly reveals the nature of the character telling it.

These elements make The Midnight Club feel like an anthology show akin to The Twilight Zone or Are You Afraid of the Dark? The many one-off explorations create plenty of room for guest stars, bringing much of Flanagan’s go-to cast into the fold. Bly Manor and Midnight Mass fan favorite Rahul Kohli, for example, appears in Amesh’s story. (Unfortunately, you’ll have to wait until The Fall of the House of Usher for a meatier Kohli role.)

Much like the rest of Flanagan’s Netflix shows, the unsettling tone is carried by a talented ensemble. The residents at Brightcliffe are all complex characters looking death in the face. While this is a daunting task for any actor, let alone young ones, the cast of Midnight Club never wavers in its genuineness.

The breakout star of this talented group is Irish makeup artist turned TikTok star turned actor Ruth Codd, who shines as the wisecracking Anya. Flanagan is known for writing long monologues, but none of his characters have speeches quite like Anya. Her brogue brings a lively cynicism to the grimmest of subjects, and her story, “The Two Danas,” allows her to show the dichotomy of her character by literally playing two versions of herself.

But The Midnight Club is only partially an anthology. Outside of the stories, the narrative focuses on Ilonka’s fight for survival (she chooses Brightcliffe after reading about one cancer-ridden teenager who mysteriously survived). The show takes her deep into Brightcliffe’s history — which includes an old cult that once owned the building — and defines many of her most important relationships.

While at first, this outside story feels like a distraction from the spooky tales, by the halfway point, you’re completely committed to Ilonka’s journey. It’s a sneaky bit of storytelling. Though the characters in the Midnight Club stories may have different names and characteristics, they make you know and love the storyteller even more. It’s not often that a framing device becomes as fascinating as what it's framing.

And then there’s the eternal question that follows all of Mike Flanagan’s work: how scary is it? Episode 1 establishes that this isn’t a “jumpscare” show when a Midnight Club story full of them is mocked by the group. There are still some classic horror moments, but nothing that will keep you up at night. The Midnight Club is a teen show for those who hate teen shows and a horror show for those who hate horror.

Flanagan’s partnership with Netflix isn’t ending anytime soon — his take on Poe, The Fall of the House of Usher, is up next — and while The Midnight Club may be seen as an outlier, it deserves its place next to his more “adult” series.

The Midnight Club is about death, but unlike similar takes on the subject, it’s not about trying to live life the best you can. It’s about accepting the inevitable and coming to terms with the fact that, eventually, we’ll all become stories told among friends. All you can do is try to make them entertaining.

The Midnight Club is now streaming on Netflix.