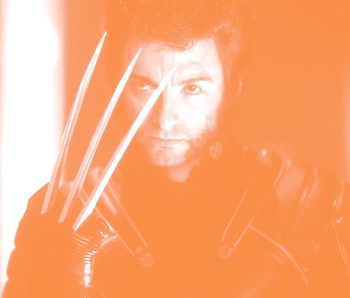 Deadpool co-creator Rob Liefeld has had a rough week. During a May 8 interview with Inverse, Liefeld implied that Deadpool 3 probably wasn’t happening. He remarked the character's standalone features had “set sail,” and later added, "I’m not really that crazy about Marvel’s plan right now." He's spoken more about the topic in subsequent interviews, and recently shared a detail about the X-Men’s future in the MCU that's sure to leave fans of Professor Xavier's most promising students howling with rage.

When Disney acquired 20th Century Fox in 2019, it seemed like a step toward finally introducing Wolverine and the rest of the X-Men into the MCU. Ever since the deal became official, speculation among fans and the entertainment press has been rampant about how the mutants might appear in Marvel’s upcoming movies and TV shows. Would the X-Men show up in a post-credits scene in Phase Four? Perhaps The Falcon and the Winter Soldier’s inclusion of Madripoor, a known X-Men locale, foreshadowed their arrival.

However, Liefeld suggests the bigwigs over at Marvel Studios have no current plans to bring the X-Men into the MCU. Should things not work out elsewhere in the MCU line-up, the X-Men could swoop in to save the day. But it seems there's no current plans for a standalone X-Men movie, a crossover, or even a post-credits scene.

Here’s what Liefeld told io9 about the X-Men's MCU chances:

“I believe plans that were in play are already shifting in regards to where the content is going to be and where the content is going to land in the future. My Marvel buddy, three weeks ago, said ‘Rob, when it comes to the X-Men and Marvel, there [is] kind of an unspoken expectation or understanding that they are behind a break this glass in case of emergency.’ And that’s how I view every conversation I’ve had with creatives.”

Of course, that’s not to say that the X-Men or Deadpool will never be part of Marvel’s plans. After all, the lineup for Phase Four and Phase Five was already in place before Disney bought Fox.

Still, it's disappointing that Marvel hasn't given fans the tiniest of clues that the X-Men will eventually join their Avengers cohorts on the big screen. Liefeld also admitted that neither the X-Men or Deadpool 3 seem to be a “huge priority” for Marvel at the moment, so the future remains uncertain for both properties. Whatever happens, fans will have to be patient for a whole lot longer than anticipated.