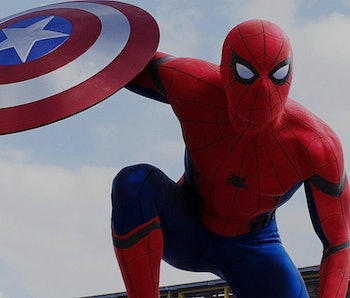 Back in 2019, the Russo Brothers seemed unstoppable. Fresh off directing Avengers: Endgame, Joe and Anthony Russo launched their own studio and said goodbye to Marvel. Or did they?

It didn’t take long for fans and journalists to start asking the Russos what project might tempt them back to the Marvel Cinematic Universe. In 2019, they told Inverse they wouldn’t mind directing an episode of Moon Knight, but in other interviews, the brothers expressed interest in one of the most famous comic book crossovers of all time: Secret Wars.

“It would be the biggest movie you could possibly imagine, so that’s what really excites us about the story — the ambition of it is even bigger than the ambition of the Infinity Saga,” Anthony Russo said at the time.

Were they just speculating, or did they know something the rest of us didn’t?

Back in 2019, Marvel leaker Charles Murphy shared an updated timeline of upcoming MCU movies, including several that were already confirmed and a few that did not have set release dates. Featured in his itinerary was also a mysterious MCU movie allegedly set to debut in May, 2024.

Of course, Marvel’s schedule has shifted quite a bit, but on May 25, 2022, Murphy stated that the mystery film in question was in fact Secret Wars. But before you get too excited, he adds that due to multiple delays over the past few years, there’s no way the next Avengers movie could still come out in May, 2024.

Murphy appears confident that Secret Wars will still happen eventually, and Marvel certainly seems to be heading in that direction after Doctor Strange 2 and all its talk of “incursions.” Then again, a lot has changed in the last few years. The MCU is currently pulling at a few possible threads that could become the next Avengers movie, including the possibility of a Young Avengers team-up. Could that storyline supplant Secret Wars?

Whatever Marvel has planned, it’s fascinating to know that the studio once seemed confident it could pull off its next big crossover by May, 2024. Today, that seems extremely unlikely, but maybe we shouldn’t rule it out just yet. After all, we’re due for a big MCU announcement, and San Diego Comic-Con is coming up fast.

One thing is for certain though, if Secret Wars does become a movie, the Russo Brothers will be first in line to direct it.