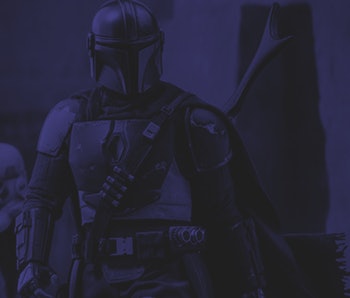 As the first of many Star Wars offerings, The Mandalorian Season 1 premiered on Disney+ to both critical and fan acclaim. Not to mention that it introduced and subsequently popularized Baby Yoda, the most adorable creature to grace the internet maybe ever. While Season 2 has already been confirmed, the Disney+ series doesn’t have an exact premiere date yet. However, The Mandalorian’s Season 2 release date could be announced at an upcoming Disney event.

The industry event is set to take place on March 5 in London ahead of the European launch of Disney+ on March 24. Naturally, Disney is set to unveil exclusive content during the launch event, which might include updates on the multiple Star Wars and Marvel projects currently in development.

Per StarWars.net, Disney executives will have exclusive presentations prepared. While details about the presentations remain under wraps, it’s possible that an official release date for The Mandalorian Season 2 will finally be revealed. And who knows, they might even confirm WWE star Sasha Banks' rumored role in Season 2.

Considering that The Mandalorian Season 2 has been filming for a while now and should wrap up soon, there’s a chance Disney execs will unveil footage from Season 2 to tease fans over until the sophomore season premieres. Plus, an update on what Baby Yoda’s been up to since the end of Season 1 would be refreshing.

Historically, Disney presentations have always included quite a few surprises and exclusive footage of upcoming studio projects. During last year’s San Diego Comic-Con, Marvel unveiled the cast of The Eternals and confirmed Natalie Portman’s return to the MCU in Thor: Love and Thunder.

At Disney’s D23 Expo a few months later, Marvel’s Kevin Feige announced that She-Hulk, Moon Knight, and Ms. Marvel would be getting live-action TV adaptations, all of which would premiere on Disney+ at some point in the future. There’s a chance that Disney’s upcoming event might even reveal key information and updates on the Cassian Andor show, as well as the highly-anticipated Obi-Wan Kenobi series that's run into some production issues but is still expected in 2020.

That said, it’s possible the Disney+ launch event will follow in the same vein and reveal some key details about The Mandalorian Season 2, which left off with Mando and Baby Yoda heading off on a brand new adventure. However, with so much mystery and storyline threads left hanging, a quick tease at what to expect in the show’s second season would be enough to tide fans over until The Mandalorian returns in October.

The Mandalorian Season 1 is currently available to stream on Disney+.