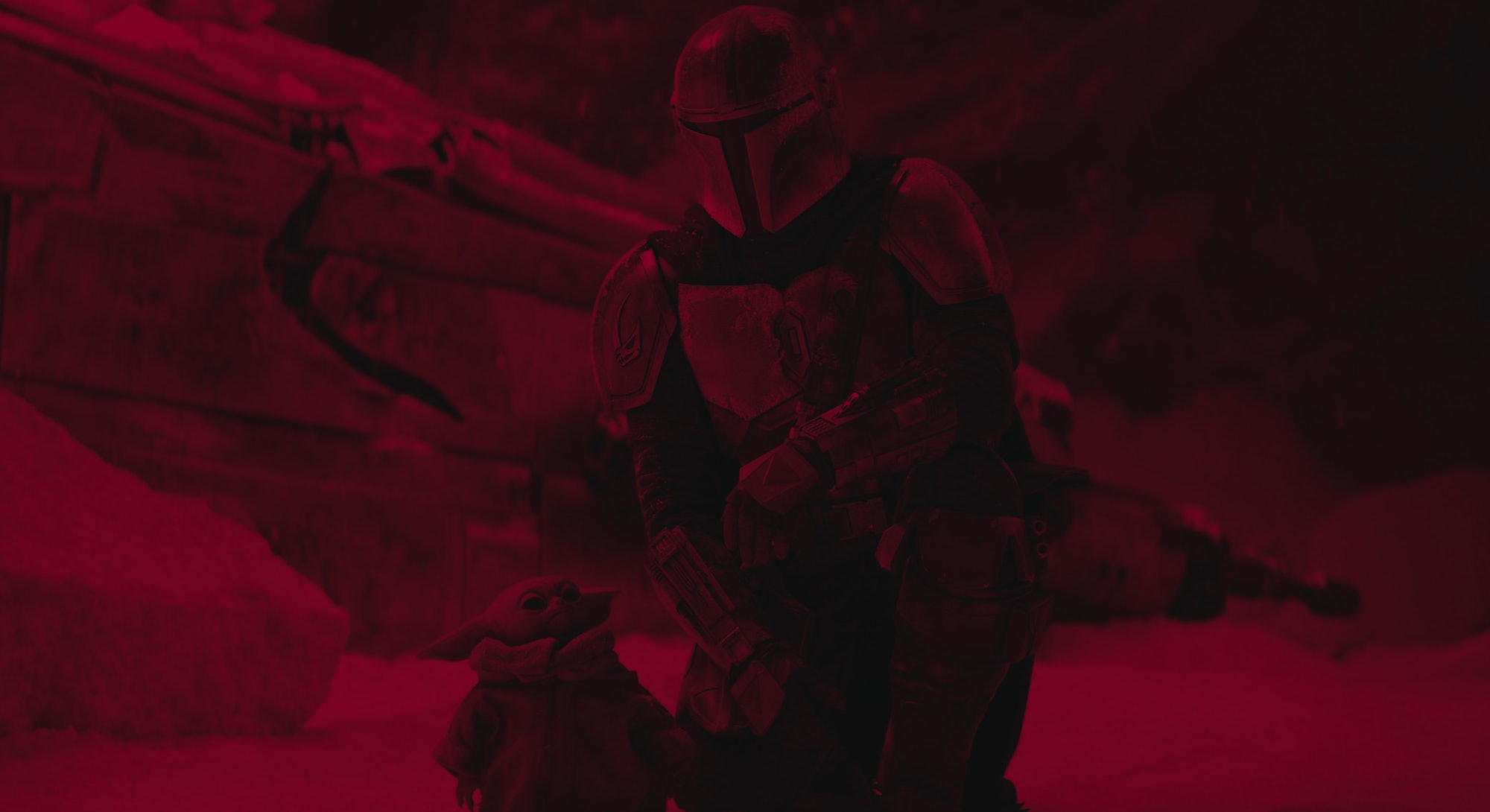 A long time ago in a galaxy not so far away, before a masked bounty hunter teamed up with a baby Yoda, and before a Tatooine farmboy ever touched a lightsaber, there was an ancient order of Jedi warriors right here on Earth.

These Earthly Jedi didn’t have lightsabers or the Sith to fight. Instead, they practiced harnessing the Force through experimentation. They practiced meditation and mental purity to purify their own mind. They distilled lead and other minerals using strange laboratory tools. We call this ancient Earthly order of the Jedi— alchemists.

So, what exactly does Star Wars have to do with alchemy? More than you might think! Ahead of The Mandalorian’s Season 2 premiere on October 30th, let’s dig into the strange, little-known marriage of alchemy and the Star Wars franchise. Just how does alchemy’s seven stages of transformation crop up in both Star Wars and The Mandalorian? What does Jedi philosophy have to do with the worldview of ancient, long-dead alchemists? Short answer: A lot more than you might think.

Dating back more than 2,000 years, alchemy is the ancient art of transformation. Like the Jedi, ancient and medieval alchemists sought inner enlightenment in order to achieve outward magic. While the Jedi master the Force to move objects with their mind or wield a lightsaber, an alchemist mastered turning lead into gold (at least, that was the hope) and removing the impurities from their own mind to do so. The galaxy’s Jedi are the space opera equivalent of history’s Earth-bound alchemists.

In Alexandria, around the year 300 CE, alchemists developed seven stages of transformation to reach one’s highest potential. These seven stages are found over and over again in stories. The literary scholar Joseph Campbell codified them into what he called the hero’s journey. Deeply inspired by Campbell’s work, Lucas infused Star Wars with alchemy. Lucas’ protégé Dave Filoni and his colleague Jon Favreau have done the same with The Mandalorian.

When George Lucas first started working on Star Wars in January of 1973, he wanted to create a myth for today's world. He found audiences hungry for the epic stories of our ancestors, like the myths found in ancient Sumer or the Odyssey. As Lucas explained in Star Wars: The Annotated Screenplays, “I had decided there was no modern mythology.” In an interview with broadcast journalist Bill Moyers, Lucas says, “when I did Star Wars, I consciously set about to recreate myths and the classic mythological motifs.”

To this end, Lucas sought out scholars who studied myths. He wanted Luke Skywalker’s story to have the same framework as some of our oldest tales. Lucas eventually came across the work of literary scholar Joseph Campbell. Specifically, he found Campbell’s 1972 Myths To Live By, a collection of essays that dive into the universality of myths across cultures and how they give our lives meaning.

When he went back to incorporate Campbell’s ideas in his draft of Star Wars, Lucas found that Campbell’s ideas were already buried in the story. Lucas explained, “[Myths To Live By] began to focus what I had already been doing intuitively.” So he rewrote the Star Wars script using Campbell’s ideas explicitly, matching Skywalker’s story to the stages of the hero’s journey.

Lucas even met Campbell after wrapping the initial Star Wars trilogy. After a rocky start involving a magic trick, the two struck up a friendship and mentorship. Lucas would even come to call Campbell, “my Yoda.”

Alchemy fascinated Campbell — you can find old, staticky recordings of lectures he gave on the subject uploaded to Spotify — and when he was developing his theory of the hero's journey, Campbell looked to the seven stages of alchemical transformation for inspiration.

In alchemy, the blackening is all about shedding your identity. In this phase, the impurities of the mind are burned away. Often, it’s the things that knock us down — like a bad breakup or failing a test — that bring on the blackening. Disappointments often have a way of upending our identities. After a breakup, we have to reconcile our new identity of being single.

In the hero’s journey, the blackening translates to the “call to adventure” and “crossing the threshold.” Both are moments, according to Campbell, where someone steps out of their (often humble) identity to take up the hero’s mantle. In The Mandalorian, the call to adventure happens when Din Djarin accepts the under-the-table bounty on Baby Yoda. In A New Hope, Luke accepts the call and crosses the threshold when he leaves his home and embarks on the journey of becoming a Jedi.

The reddening is when enlightenment is achieved and can be shared with others. Metaphorically, the reddening is when you become “gold.” It’s when you’ve become purified. Campbell refers to this enlightenment as “the elixir,” a term that itself stems from alchemy. In Star Wars, this is when the Force is mastered and the galaxy is saved. In The Mandalorian... well, maybe Din Djarin hasn’t found his elixir just yet.

The dual nature of the Force taps into one of Campbell’s greatest sources of inspiration for the hero’s journey: psychologist Carl Jung. The original 1977 Star Wars film drew heavily on Jung, largely thanks to Campbell’s work. Subsequent movies and spinoffs like The Mandalorian continue to be imprinted with Jung in subtle and not-so-subtle ways.

The duality of the Force, the idea of the Force’s good and evil, comes up again and again in Star Wars. In describing this good and evil duality, Jung wrote in his 1933 book Modern Man In Search Of A Soul, “every good quality has its bad side, and nothing that is good can come into the world without directly producing a corresponding evil. This is a painful fact.” Jung coined the term “shadow self,” the idea that we all have a dark side. That’s a familiar concept in Star Wars. In The Rise of Skywalker, Rey encounters her Sith self, and in the animated series The Clone Wars, Yoda has to fight an evil shadow form of himself on his own quest for enlightenment.

Another aspect of Carl Jung’s work that comes up in Star Wars is the “monomyth.” The basic idea behind the monomyth is that all of our stories draw from one archetypal story embedded in our unconscious. Campbell coined the term “monomyth,” but the idea draws heavily on Jung’s work. Around 1919, Jung developed his idea of “archetypes.” For Jung, archetypes are universal ideas and symbols embedded in our shared unconscious mind. The hero’s journey was a way for Campbell to plot the structure of Jung’s notion of the archetypal story.

Jung’s ideas around archetypal stories and the duality of good and evil came directly from his all-consuming fascination with alchemy. During his lifetime, Jung amassed one of the largest private libraries of alchemical manuscripts in all of Europe. He wrote several books on alchemy, including his 1944 Psychology and Alchemy, where he describes how one of his patient’s dreams contained alchemical symbols even though the patient knew nothing about alchemy. Jung took this as proof for his idea of the “collective unconscious,” a catalog of symbols and archetypes all people share.

It’s an impossible task to peel back all the layers of Star Wars, but when it comes to alchemy, there’s a clear line connecting alchemy to Carl Jung to Joseph Campbell to George Lucas’s Star Wars and spinoffs like The Mandalorian.

The Jedi Order is perhaps the most direct manifestation of alchemy in Star Wars. Alchemy is all about the purification of self. It’s about getting rid of the ego, of our identities, and becoming our truest, purest self. The Jedi work to do the same— purifying themselves in order to harness the Force. As Anakin puts it, “the Jedi are selfless.” The Jedi don’t get caught up in their identities. At their best, the Jedi are manifestations of the Force, of divinity, and therefore able to wield it.

Campbell's hero’s journey is all over The Mandalorian, too. When Chapter 1 opens, Mando is in his “ordinary world” having just delivered his latest bounty. “The call to adventure” comes when Mando accepts his under-the-table commission to track down The Child. In Chapter 2, 3, and 4, Mando embarks on the “tests, allies, and enemies” stage of the hero’s journey. Mando’s figuring out who he can trust, who he can’t, and going through multiple tests. As things ramp up in Chapter 5, 6, and 7, “the approach” towards the central conflict starts to take place, which in Mando’s case seems to be increasingly tied to Baby Yoda. But, “the ordeal” makes things more and more difficult for Mando. In Campbell’s hero’s journey, the more the central conflict starts to clarify, the greater the obstacles become to overcome said conflict.

Given the way Season 1 of The Mandalorian ended, it’s likely things are about to get a lot more difficult for our friends Mando and Baby Yoda. We’re out of the weeds with “the ordeal” stage just yet. Good thing Baby Yoda has those Force powers.