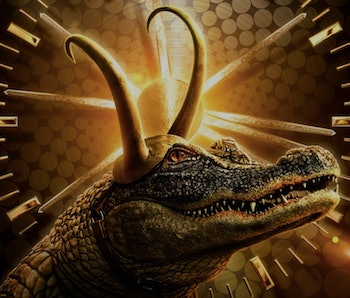 Loki’s ending revealed many secrets about the series and the entire Marvel Cinematic Universe, including the truth behind the Time Variance Authority and the identity of the Time Keepers... or, Time Keeper, as it turned out. Perhaps no reveal was more surprising, though, than the mid-credit announcement that Loki was getting a Season 2.

Six more episodes of the God of Outcasts playing around in (and out of) time offers a lot of potential — including the opportunity for the show to finally deal with Marvel’s biggest problem when it comes to its Disney+ properties, Loki included.

The problem with Marvel TV

Each of the Marvel shows that have run on Disney+ so far — WandaVision, The Falcon and the Winter Soldier, and now Loki — share one big flaw: they don’t have any greater purpose beyond serving Marvel’s movie properties. That’s not to say each show doesn’t have a story, but their clear goal is to set things up for a future Marvel movie.

In WandaVision, it’s preparing Wanda to appear in Doctor Strange in the Multiverse of Madness. In The Falcon and the Winter Soldier, there’s a twofer of setting Sam up as the new Captain America while also putting a new political game in motion featuring Sharon Carter as the Power Broker and Valentina Allegra de Fontaine as a next-generation Nick Fury. And in Loki… well, there’s a lot, not least of all bringing in Jonathan Majors ahead of his official debut as Kang in Ant-Man and the Wasp: Quantumania.

(This is also true of future projects. Ms. Marvel introduces Kamala Khan to the MCU, just in time for her to show up in next year’s The Marvels.)

Unfortunately, outside of putting pieces into play for future projects, there’s not much to say about these Disney+ shows. WandaVision’s impact on the MCU was limited to concepts created for the show (and introducing Monica Rambeau to audiences). Falcon and the Winter Soldier teased an exploration of how the world was impacted by the Blip and what came afterward, but ducked that in favor of rushing through John Walker’s and Sam Wilson’s arcs at such speed that even Bucky Barnes got left behind.

Loki Season 1 was no different.

Loki follows this unfortunate pattern in a lot of ways. It uses a character audiences are already familiar with as an entry point to introduce new characters and concepts you’ll need to know for future movies.

As is also the case with the two earlier shows, Loki offers no closure to the show’s narrative arcs. Nothing in the Season 1 finale really fulfills the purpose of an “ending” to the story that we’ve all been watching to that point — but this is where Season 2 offers some hope of salvation.

Both WandaVision and Falcon/Winter Soldier operate on the rules of a comic book crossover: “If you want to see where this story ends, you have to go to another comic to find out — but look how impressive our shared universe is!”

Given the success of Marvel’s output to date, it’s hard to argue against this strategy, but making it the only approach to these Disney+ shows means missing out on what makes the movies so great: For all their interconnectedness, each one manages to tell a complete story.

Yes, Avengers begins a story that ultimately ends with Avengers: Endgame, but the battle of New York has a satisfying conclusion in its own right. Even Avengers: Infinity War — which ends with an actual cliffhanger — has more of a complete story than WandaVision thanks to the movie placing Thanos and his quest front and center.

Marvel’s Disney+ shows haven’t managed to balance interconnected and standalone just yet, but Loki has the potential to be different, for one simple reason: Loki has nowhere else to be.

We already know the futures of the central characters of both WandaVision and Falcon/Winter Soldier are on the big screen, but that’s not true of Loki. It’s also unlikely we’ll see Sylvie, Mobius, or even the TVA in a movie any time soon. That leaves a lot of material to explore in Loki Season 2, but more excitingly, it leaves plenty of material for the show’s second season to bring to some kind of conclusion, keeping Loki’s story contained to the Loki series in its entirety.

That doesn’t mean that Loki has to disappear after his show is complete. Tom Hiddleston hasn’t been removed from the greater MCU forevermore (we hope). It simply means that Marvel treats Loki in the same way that it does one of its movies, making sure that there’s a destination in mind beyond just Check Out Our Next Movie.

After all, there are only so many times that you can redirect audiences before they realize there’s no final destination and decide to look for a new journey altogether.