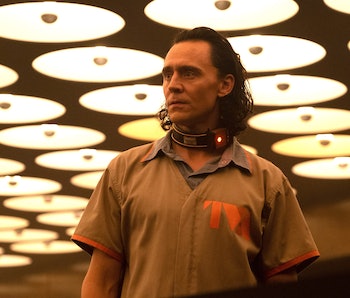 Natalie Holt is the sound of fandom. The composer has developed a bit of a cult following after creating the ethereal, theremin-heavy score of Loki. The project was so successful, that she was tapped to score fellow Disney+ series Obi-Wan Kenobi, becoming the first female composer entrusted with a Star Wars property. Next, she’s moving to another fandom by scoring Batgirl’s upcoming movie for the DC Universe. And after that? Inverse can reveal that it’s right back to work on Loki Season 2, which is now filming.

“I spoke to Tom Hiddleston and said ‘I hope they're not like expecting a new theme for Loki Season 2,’” Holt tells Inverse. “And he was like, ‘Oh, I think there would be outrage if we didn't use your themes you've established in Season 2.’”

Loki director Kate Herron, who Holt worked with closely for Season 1, is not returning to the creative team for Season 2. But this is a great sign that the Trickster God’s world may be irrevocably changed by unleashing the multiverse, but it will sound the same — or at least similar.

It was Holt who developed the theme for ominous bad guy Kang the Conqueror and the sci-fi electronica that accompanied Loki’s adventures with the TVA — she’s already made her stamp on the Marvel Cinematic Universe, and she’s not stopping any time soon. Read on for our full conversation with Holt, including how she imagines her dream project, the differences between Loki and Obi-Wan Kenobi, and working with John Williams.

The conversation has been edited for clarity and brevity.

Inverse: How much guidance did you get in forming the score’s feel for Obi-Wan Kenobi?

Natalie Holt: A lot from all over the place. Kathleen Kennedy is very into music. And John's involvement meant there was like, his side of things. And then Deborah Chow had a very strong idea of what she wanted and where we were going, how she wanted to see things for Episode 6. So yeah, a lot of guidance.

Was there much pressure in following in John Williams’ footsteps, especially with this beloved character?

Oh, a lot. It's like, I'm a film composer because of this guy. I think he's amazing, like a genius. So I did feel a lot of pressure. Was what I was writing good enough?

Did you get any feedback from him?

We chatted when we met at Star Wars Celebration. He was just saying well done. He did watch through all six episodes to identify where he would allow us to use his themes and stuff. He watched it through and I think there was some of my music in there when he agreed to come on board the project. It’s nice that he gave it his seal of approval, that he would be willing to collaborate. That’s a huge deal.

Is it easier to score work with so much precedent like Obi-Wan Kenobi, or something more original like Loki?

I think it really varies. Sometimes you can come to a project that hasn't got any original music, it's like staring at a blank canvas, and you just kind of don't know what to do. But Loki just really jumped off the page at me. I had loads of ideas. So that was kind of cool. And then obviously, once John came on board with Obi-Wan Kenobi, I felt like I knew how to do it from that point. So it kind of unlocked the project for me.

I was reading a thing today about writing scripts, it was just saying you have this period at the beginning where you're just struggling to write and it feels like such a battle to kind of get things going. And then once you're off with the idea, it feels like you're just serving the idea, and it's not so difficult. It's like starting a bike. Once you're going along, it's like, oh, okay, I know what to do. But starting the thing off is always the most tricky part of every project.

How would you define the sounds of Obi-Wan Kenobi’s four main characters: Obi-Wan, Vader, Reva, and Leia?

Well, obviously, John just did something so beautiful with Obi-Wan’s theme. It starts quite intimate and mournful. But then it kind of grows, it feels like it's got hope. I think that's what Obi finds. He goes from just being narrow in his track to finding his power again and being connected to the force and feeling like there's some hope in the world, in the universe. I think his theme just completely tells that same story.

Vader’s theme that I wrote for him is more like a sound design kind of texture of just rage — visceral uncontrolled rage that’s very frenetic and horror. We've never seen him killing like this, we've never seen the full force of his kind of evilness. That's what I wanted to kind of connect to with his theme, the darkness. There’s a drone flute and a hunting horn and the low end of the orchestra.

Leia’s theme feels like a sassy kind of girl who's just carefree running through the forest. You know, before she's kidnapped, she's just really doing her own thing and pretty happy. She's got a few little niggling worries, but when she's running through that forest, and we first see her, it's just joyful.

And then Reva, I started in Episode Six, where she decides not to kill Luke, and she has those flashbacks of her childhood and Order 66 and how that affected her. I felt like she's just carrying this trauma, even though she's supposedly an evil character, she has this internal struggle. And so I thought to do a chorale, which has these two fighting elements.

My work was all inspired by John Williams and wanting to adapt it. Deborah wanted to do something a little more simple and more internal and psychological. I guess she didn't want the music to kind of be on top of the action, she wanted to kind of go deeper into Obi’s emotional journey. I knew that those bigger elements that we feel connecting us back into A New Hope were going to be there in Episode 6.

With the upcoming Batgirl, you've got all three major franchises under your belt. Now you've done a Marvel, you've done a Star Wars, and now you're doing a DC. What is your dream project?

It's all about the people, really. Good connections with Kate Herron and Deborah Chow who are just awesome to work with. For me, part of the joy of a project is like when I saw Deborah at a Star Wars Celebration, and she was just like thank you so much. It's when you come away from a job and you feel like you've made that connection.

Like if I look at John Williams, his career is built on those director-composer relationships. I could only hope to walk in his footsteps, but I think that is what's served him well in his career is repeat work. When you go back and you work with a director that you've worked with before, there's a shorthand. Everything's so unknown with just finding the characters in the movie that you don’t need to figure out the character of the director as well.

If you know them and you have a relationship with them, hopefully, it can make the storytelling easier. I think we can all see that with those kinds of relationships, like with Carter Burwell and the Coen Brothers, the really fruitful, artistic relationships. So for me, that would be the dream project. Developing those relationships.

What sound can we expect for Batgirl?

It's been announced that it's got Michael Keaton in it. So I think there are some connections, but I haven't recorded this soundtrack for it yet. We’re still working on it.

What other tracks and composers would you suggest for people who loved your Obi-Wan Kenobi score?

Did the fan response to Loki change the way you approach this project in your future projects?

I wasn't thinking like, Oh, I wonder what people will think of this. I was just trying to work with Kate and do the best job I could. With the pandemic and lockdown, I was doing it all remote, piecing it all together, even the mix. I was just trying to make myself happy with it, I guess. I was such a control freak, I was so into it. So I was just like, oh, people like it? It was just a bit of a shock.