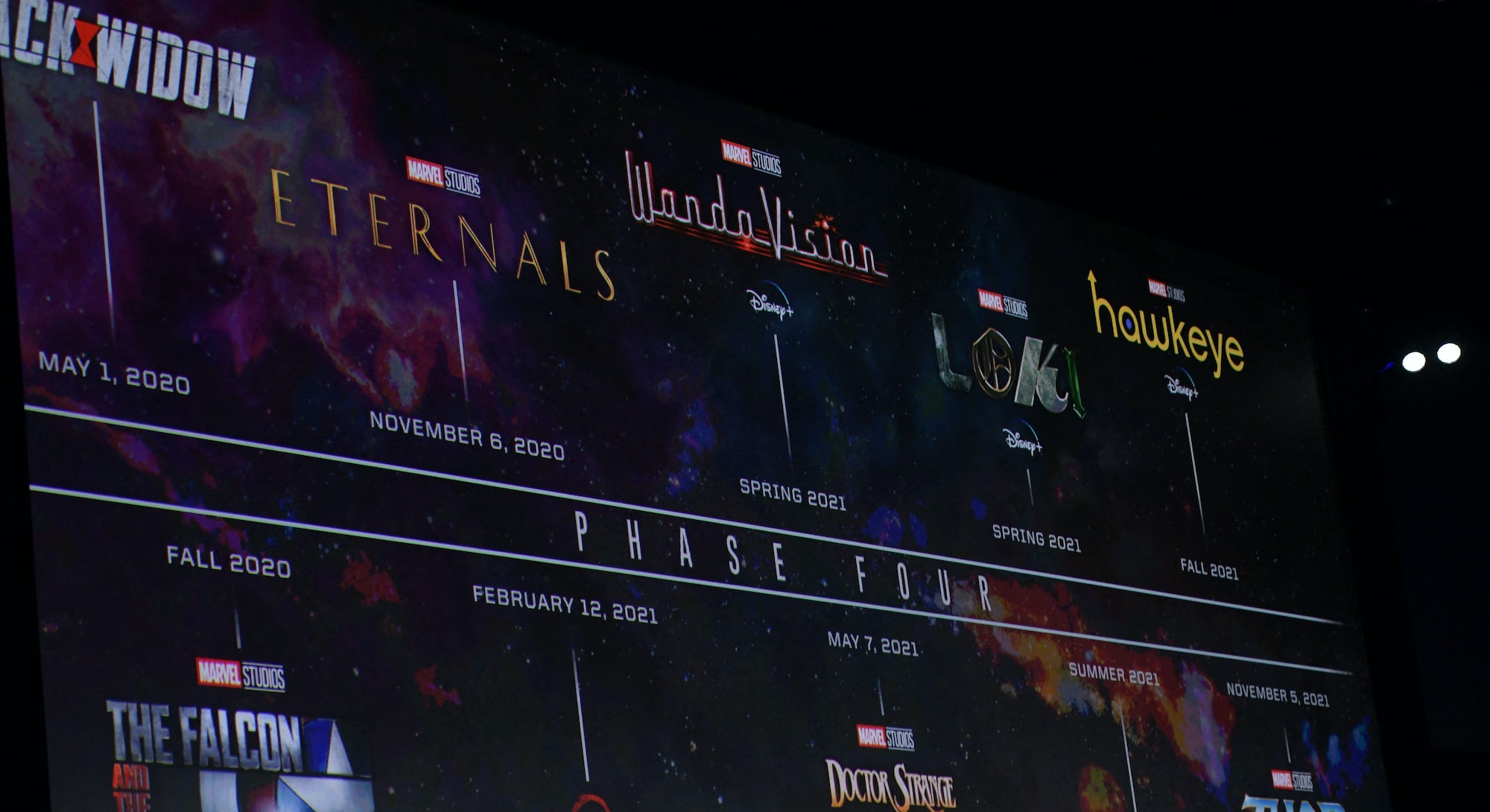 If you’ve been reading comic books for as long as I have, then you’ve undoubtedly found yourself plagued by the continuity question at some time or another.

The continuity question is what I like to call the phenomenon that happens when you’re reading an issue and the events don’t quite line up with what you know to be true.

It may be a character who’s teaming up with Spider-Man in New York when you know damn well they’re in space with the Avengers.

It may be the appearance of a costume, more than mere shading variations, but a hero wearing a cape and cowl no longer in use.

Or, it may be a much bigger deal, like an adversary’s first arrival in Gotham City that doesn’t fit the newly established chain of events. These nagging issues may be overly nerdy, but if you weren’t nerds then you wouldn’t be here.

A crisis of continuity

For most of my comic collecting life, I’ve relished in keeping my comics and graphic novels in chronological order, not in terms of publication, but continuity. I like the sense of being able to see a character’s journey displayed in front of me, to trace their arc and their changing relationships.

It’s certainly made research into certain characters easier, but there comes a point in every comic fan’s life where you realize some things just don’t fit. Batman and Wolverine can’t be leading four books at DC and Marvel respectively (all set in the present-day) and maintain a strict sense of continuity. What’s more helpful, at least for me, is to think of the timeline of these stories as elastic, with multiple arcs fitting within the same general timeline.

Some comic creators and editors have become quite skilled at this practice, making sure no work contradicts another. Others throw all caution to the wind for the sake of telling the story they want to tell.

There are merits to both, which leads us to the continuity question within adaptations: the films and television shows that are becoming ever more closely tied to the medium of comic books. I have to wonder, what’s continuity worth within our superhero cinematic universes?

With Loki set to play with the timeline of the Marvel Cinematic Universe, following the time travel hijinks events of Avengers: Endgame, I wonder if a potential wrench may be thrown in the works of Marvel Studios’ carefully curated continuity. After all, if comics have taught us anything, it’s that time travel, colliding multiverses, and “Crises,” all mean unending havoc for continuity.

Marvel Studios has managed to keep a pretty tight hold on continuity — barring the confusing “eight years later” title card at the beginning of Spider-Man: Homecoming, which was corrected in the sourcebook Marvel Studios: The First 10 Years. Even with the question of whether the Marvel Television properties that premiered on Netflix, ABC, Freeform, and Hulu are still in continuity hanging in the air, Marvel’s avoided a wealth of contradictions and confusion, which I think is part of the reason for the franchise’s popularity. Much like the Fast & Furious franchise, characters are woven in and out of the narrative, come back in surprising ways, and add to the richness of the world. It’s fun stuff for a fanbase.

A significant part of the MCU’s recent success also comes back to continuity. Wanda Maximoff’s journey in WandaVision is made all the more compelling by the use of her history, not only what audiences have seen in the movies, but what they see in the eighth episode, “Previously On,” which details unseen moments in Wanda’s life that perfectly fit in with what we learned about the character in the movies.

And in The Falcon and the Winter Soldier, the history of the super-soldier serum gains new significance with Isaiah Bradley’s history and potentially changes how audiences see Tony Stark and Bruce Banner, whose respective heroic personas of Ironman and the Hulk can be seen as a direct result of the abusive experiments conducted on Bradley.

It’s not just the Marvel Studios’ series that are promising major payoffs for continuity buffs. Black Widow, the first MCU feature film since 2019’s Spider-Man: Far From Home, will insert itself into pre-existing continuity. The film’s central events take place after Avengers: Civil War but before Avengers: Infinity War, giving audiences a peek into an unexplored period of time and undoubtedly set up narrative seeds that will pay off in Phase 4.

The X-Men vs. continuity

The success of the MCU’s continuity stands in stark comparison to Fox’s X-franchise which became muddled with X-Men: The Last Stand and X-Men Origins: Wolverine, and even further so with X-Men: First Class and X-Men: Days of Future Past. Yet, despite the confusing nature of the franchise’s timeline, X-Men: Days of Future Past would not have been the success it became if it didn’t feature a crossover between the First Class cast and the cast of X-Men so many fans had grown up watching.

“The X-franchise succeeded by playing fast and loose with the rules.”

But beyond the pull of nostalgia, the X-franchise succeeded by playing fast and loose with the rules and not worrying about continuity, particularly in its later years. The Deadpool films, The Wolverine, and Logan may not fit perfectly with the previously established canon, but in not fretting over which characters could and couldn’t be used and which actors needed to play them, we got excellent standalone stories that only relied on the most cursory of prior knowledge.

Before Disney purchased Fox, I was all about the idea of just telling stories with these characters — Gambit, X-23, Magneto, the New Mutants — and not worrying about how they all fit with X2. It distinguished the franchise from Marvel and created a sense of never knowing where the story was going to go.

To skip across mediums for a minute, that same idea is what’s driving DC’s Black Label books and Marvel’s newly relaunched What If…? miniseries. A slight familiarity with the characters and their backgrounds is all you need to watch creatives cut loose with these characters and take them places they could never go in the mainline continuity.

After the financial and critical disappointment of the theatrical version of Justice League, Warner Media seems to be taking a similar ‘Black Label’ approach with the DC Extended Universe. Joker and The Batman exist in their own continuities. Even Aquaman and WW84, while still based in the world Zack Snyder set-up, make their own creative changes that don’t entirely fit with the Snyder-verse (like Wonder Woman walking away from man’s world, and Mera’s parents being dead).

“The DCEU stands as a kind of centrist take on continuity.”

The DCEU stands as a kind of centrist take on continuity between the two opposing extremes of the MCU and X-franchise. There’s sort of a continuity, but not everyone is taking it completely seriously all the time.

Meanwhile, both Marvel and DC are pursuing the multiverse. The Flash will bring Michael Keaton back as Batman, and Spider-Man: No Way Home features Alfred Molina as Doc Ock (alongside a bunch of other non-canonical Spidey adversaries).

This raises plenty of questions. Are Batman Forever and Batman & Robin no longer a part of the continuity? If Tom Holland’s Spider-Man is fighting Alfred Molina’s Doc Ock from Spider-Man 2, then does Otto Octavius not exist in the central Earth of the MCU?

Another 1,000 words could be spent just spiraling into those questions. But ultimately, the takeaway seems to be that continuity is going to get messier. The question is whether that messiness can be managed and if it will ultimately allow for more creative freedom or less?

First thing’s first, we’ll have to see whether Marvel can keep its movie continuity under control after Loki gets his hands on the wheel of space and time in the MCU. After that, anything seems possible.

Send your ideas for a column, feedback, or anything else you want us to see at thegutter@inverse.com!