“Are you a recording, or are you alive?” 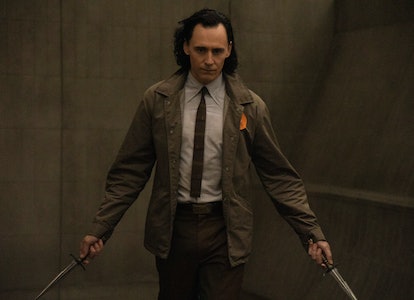 Loki is changing everything we thought we knew about the Time Variance Authority.

First came the series’ reveal that all TVA agents were not, as we were told by Agent Mobius, eternal beings created by Time Keepers to preserve the Sacred Timeline. Instead, TVA agents are just like the variants they hunt down, innocents brainwashed into serving as obedient foot soldiers to the time-travel bureaucracy.

While that reveal may answer the question of where TVA agents came from, it throws into question everything else the TVA has told Loki. Now that Mobius is demonstrably a liar, nothing about the TVA can be trusted. This theory suggests the actual mastermind behind this nefarious agency may be the character you trusted the most.

The Big Bad of Loki could be none other than Miss Minutes, according to a fan theory first posited by TikToker @dreadpiratedad. That’s right: the TVA’s adorably animated mascot and artificially intelligent time tutor could be the one behind the curtain.

The theory points out aesthetic similarities between Loki and modern-classic video game Portal 2, which follows the player’s character as they serve as a test subject within a massive scientific experiment. It’s soon revealed all scientists running the test died long ago, and that the entire endeavor has been overseen by GLaDOS, an A.I. just like Miss Minutes.

None of the TVA agents appear to have actually met the Time Keepers, three “space lizards” with unlimited power. Could they be long gone during the events of Loki, leaving Miss Minutes to continue the preservation of the Sacred Timeline? With the Time Keepers gone, there would be no way for additional TVA agents to be created, forcing Miss Minutes to recruit variants into those roles and leading to the existence of Mobius and all the other recruits we’ve met in the series so far.

Miss Minutes is the character who first informed Loki, and by extension the audience, about the existence and function of both Time Keepers and the TVA. Why did we trust everything she said so blindly? Is it because she’s animated? Was it the official informercial feel? Her Southern accent? Maybe all that friendly atmosphere is hiding a dark secret, making Miss Minutes the sole architect of Loki’s timeline administration.

Now that Loki is past its halfway point, it’s time to finally look back through the vast amount of exposition the series has delivered and separate what’s true and what’s part of the TVA’s brainwashing. Then, and only then, will Loki be able to determine exactly what he’s up against, as both a variant and a chaos agent seeking to overthrow the Time Keepers once and for all.