“This is happening right now” 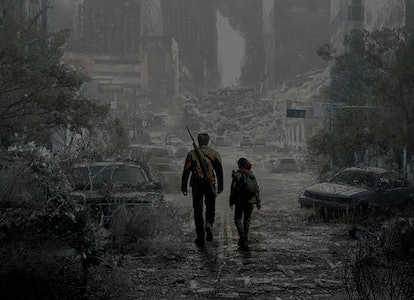 The Last of Us video game is deeply steeped in the year of its release. From the moment the player hits start, they become Sarah, a young girl in 2013, as she looks for her dad Joel and uncle Tommy while the zombie apocalypse starts with a bang (quite literally) outside. After the game’s prologue comes to its heart-wrenching finale, the action jumps two decades into the future with the story of Joel and wisecracking teen Ellie’s trek across a post-apocalypse America in the 2030s.

So when HBO set out to adapt The Last of Us into a live-action series 10 years later, the studio faced a dilemma. Keep the original timeline? Or more the entire plot forward by a decade? Instead, co-creators Craig Mazin (Chernobyl) and Neil Druckmann (the original game’s director) chose a third option: push that prologue into the past.

The solution? Instead of moving the prologue forward a decade so it takes place in 2023, it was moved back to 2003. That means the majority of the story — the part that was the distant future in the game — is now set in our present. Sort of.

But don’t expect to see references to Bitcoin or TikTok as a result. Much like how culture in the game’s story froze in 2013, the culture in the HBO show froze in 2003. Characters listen to music on old Walkman players, explore malls full of very 2003 merchandise, and dress like people in a post-apocalyptic episode of Friday Night Lights.

But just because the show’s main story is now set in the present, it’s not really a “topical pandemic show.”

“We really didn't want to make a show about Covid-19,” Neil Druckmann says in the same interview, noting development on the show began before “the outbreak” in 2020. “We wanted to make something that's more universal than that. Spanish flu was a big influence as far as how it affected people, how people died, how they became very segregated, how they became xenophobic, and their towns.”

“Spanish flu was a big influence as far as how it affected people.”

“There are moments that are there because of what we know,” he says. “One of the things that was important to us was to make sure that if we did well enough to earn more time on television and tell more story, where Ellie goes should feel true to where she is now. Even if she's changed and different, you feel like, ‘Yeah, I can see the evolution, I can see why she went there.’”

But the main way the real world affected the world of The Last of Us is the sheer space allotted by the television format. A video game is beholden to the player stepping into the shoes of a character, in The Last of Us’ case, that’s briefly Sarah, then Joel, and then briefly Ellie. Adapting the game into a series allows for there to be scenes without either of the protagonists present, allowing them to flesh out characters we’ve only seen briefly in the game.

For Druckman, creating the show gave him the chance to finally use plotlines he’d developed that didn’t work in the original game.

“[In conversation, I’d say], ‘I actually wrote this backstory for this character that ties back to Joel and Ellie, here's like the story,’ and Craig's eyes would [light up] and he’d be like, ‘Oh, my God, we got to get that in the show,’” he says.

Which character was given a new life and backstory? You’ll just have to tune in to The Last of Us to find out. It may start in the past, but it’s definitely a story for now.

The Last of Us premieres January 15 on HBO.