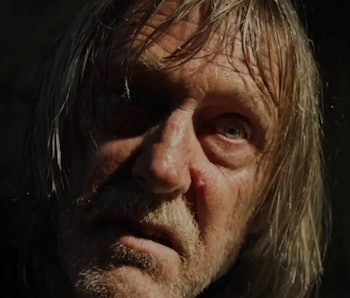 After a slow start, Rings of Power reaches a thunderous climax in Episode 6. The battle between orcs and humans that’s been building since the premiere is even more epic than anyone expected, and what follows will change Middle-earth forever.

But there’s one big twist that may leave some Lord of the Rings fans confused, especially if they happened to miss one particular line of dialogue. Let’s dive in.

Major spoilers for Rings of Power Episode 6 below.

Let’s start with the basics.

Rings of Power Episode 6 begins when Adar and his army of orcs (including some humans, led by Waldreg) arrive at the watchtower, prepared for a fight. Instead, they find it totally abandoned. They fan out, looking for any remaining humans or elves. Moments later, Arondir reveals himself and shoots a well-placed arrow that sends the entire tower crumbling down on top of the orcs.

But the battle’s not over yet. The humans head back to their town, where they prepare for the remaining orcs’ attack. It comes the following night, and the humans successfully fight off the first wave — only to learn that, in a cruel bit of psychological warfare, Adar sent a battalion of humans-disguised-as-orcs. When the orcs do attack, they quickly overpower the humans and start murdering them, while also demanding that Arondir hand over the mysterious, broken sword. Arondir initially refuses. But, when Adar threatens to murder Bronwyn’s son, Theo, he gives up the item.

Moments later, an army of Numenorean soldiers, led by Galadriel, arrives. They make quick work of the orcs, while Galadriel and Halbrand chase after an escaping Adar and capture him, reclaiming the broken sword — or so they think.

As the humans celebrate, Theo unwraps the sword (apparently no one else thought to do that?) and discovers it's a decoy. Meanwhile, back at the ruined watchtower, Waldreg takes the real sword and plunges it into a keyhole, which opens a series of floodgates that send water rushing into Mount Doom. This sets off a volcanic reaction that hurls flaming rocks everywhere and covers the sky in smoke, transforming the Southlands into Mordor.

But how did Waldreg get the sword? To answer that important question, we have to back up a bit.

How did Waldreg get the sword in Rings of Power Episode 6?

Immediately after Theo gives up the sword, Adar takes it outside. He then turns to Waldreg and says, “Waldreg, I have a task for you.” At this point, it’s easy to get distracted by the thundering arrival of Numenor. You can already hear their horses galloping towards the town, as the water in a nearby barrel begins to shake.

As the final battle of the episode begins, there’s no sign of Waldreg, though you probably wouldn’t notice — or might just assume he’s hiding somewhere to avoid the fight. But, in hindsight, it’s clear that he quietly headed back to the watchtower to activate it. It’s a clever misdirect that Galadriel never saw coming, and we have a feeling most of the audience will feel the same way.