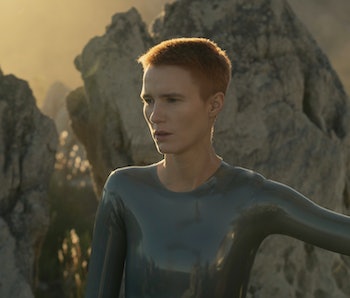 The Warner Bros. Discovery merger isn’t the happy, Brady-Bunch-like blended family we hoped for. Months after the initial announcement, the cancellation of a nearly-finished Batgirl movie, a shakeup in the DC Universe, and numerous cancellations of already greenlit shows have rocked fans. Now, existing series are getting ousted from HBO Max, including some high-profile originals like Westworld, The Time Traveler’s Wife, and Raised by Wolves.

But rest assured that you don’t need to run out and find a bunch of Blu-Ray box sets. These series will find new homes, and they may actually be better options.

Variety reports that HBO Max is looking to remove a long list of series, but most of them will find a home at a third-party FAST (Free Ad-Base Television) service. That means a streamer like Tubi, PlutoTV, or Amazon’s recently renamed Freevee. Plus, Warner Bros. Discovery will apparently announce plans for its own FAST streamer in 2023, so some of these series might stay in the family after all.

According to the report, a few series, like Made for Love and Minx, will avoid a move to FAST and shop around in the hopes of picking up new seasons. But for most shows on the chopping block, a free streamer is likely their final destination.

There are no hints yet about what streamers will get which shows, but this is still a positive development. Not only are these series saved from oblivion, but they’ll now be available to watch for free. Yes, there will be ads, but that’s a refreshing change from HBO Max charging $9.99 a month just to get ads anyway.

It’s still a loss, especially for those who worked on these shows, but after months of bad announcements, knowing that these series aren’t disappearing into the ether is a relief all the same. Many fans were worried they’d never be able to see these shows again, but it looks like they’re not so much getting obliterated as being sent down to the streaming minor leagues.

There are still many questions about this strange ousting. Why would it be deemed cost-effective to remove popular series? Will the legacies of these shows survive getting knocked down to lower-profile streamers? And will removal from a major service become the default fate for shows that fail to win fans? We don’t know everything, but at least we know that FBOY Island won’t be erased forever, and surely we can agree that’s a win.