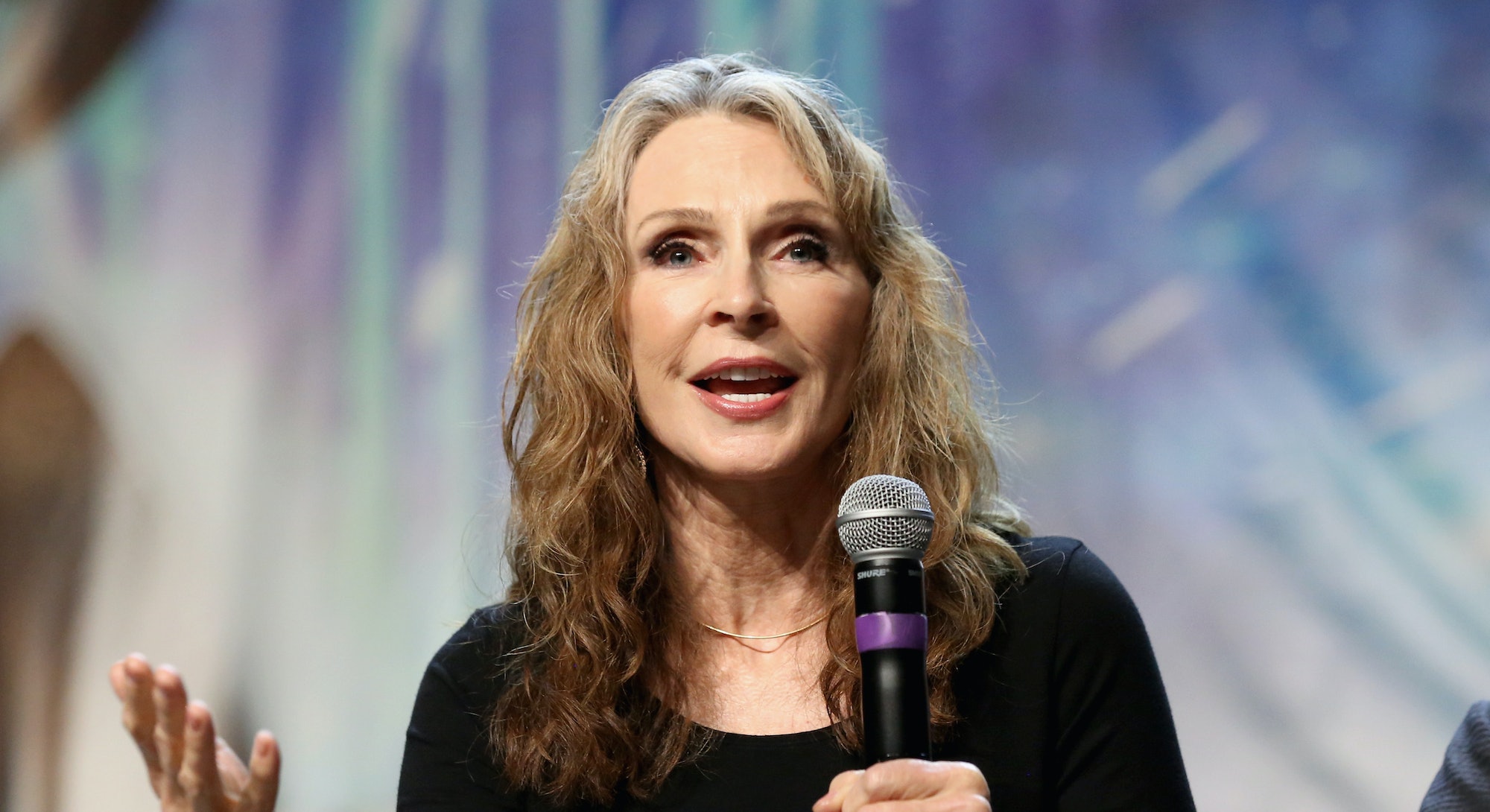 If Sir Patrick Stewart ever decided to quit Star Trek: Picard, there’s actually a fairly easy way for the show to continue without even changing the title. In case you forgot, in the 1994 series finale of TNG, “All Good Things...” one future timeline revealed that Beverly Crusher became Captain Beverly Picard after marrying and divorcing Jean-Luc.

Both canonically and spiritually, Gates McFadden is Star Trek’s other Captain Picard. And in her new podcast — Gates McFadden Investigates: Who Do You Think You Are? — her presence is both commanding and calming.

In the podcast, Gates McFadden interviews many of her Trek co-stars, including Jonathan Frakes, LeVar Burton, Brent Spiner, and a super-revealing two-parter with Wil Wheaton. But she insists this isn’t a Trek podcast.

“I thought it would be more fun to try and find out things I don’t know about my friends,” McFadden tells Inverse. “ Some of the stories I knew about, but others, I didn't.”

Of course, it doesn’t hurt when your friends are the cast of one of science fiction’s most beloved TV shows of all time.

In the interview below, Gates McFadden discusses the new podcast, her memories of one controversial Star Trek: The Next Generation moment, and what the future might hold for her and her famous friends in Picard Season 2 and beyond.

Why did you agree to do the podcast?

I was asked to do it by [The Toys That Made Us producer] Brian Volk-Weiss. I kept going, really, why me? There’s a proliferation of Star Trek podcasts, and they say things much better than I could ever say. I made it clear that I would not do a Star Trek podcast. And Brian said, “Okay, just talk to your friends.” So that’s what happened. This is me talking to my friends. He was really right.

I didn't want to just interview people because I felt we've all been interviewed so many times. So I was trying to find something different.

In TNG episode “The Host,” Crusher rejects her former lover Odan after his Trill symbiont passes from Riker to a female host. Some fans have labeled this moment as transphobic. I’ve seen you tweet some thoughtful responses on that, including that “Bev would have slept with male or female the first time the host switched.” Can you comment on that thinking a bit more?

First of all, you're given a script and that's your script. You can only change so much. And I think that if anyone actually thought about it, they would see that it's way too fast for Crusher to be able to process all that has happened. This person who looks like a normal human being dies just as you're really getting close and love them. Okay, then you're told no, no, put my thing, this parasite [Trill symbiont] into another body. It could have been anybody’s body. But she doesn’t know that as soon as that it’s in another body that she’s going to be attracted to that person.

“You're given a script and that's your script.”

I mean, that’s a new thing, right? So it’s put into a new body [Riker] and suddenly she feels this attraction to someone who she was just friends with. She also knows it's awkward. It has a lot of implications for the crew and different things. And that's a whole new thing. And to realize that you can even feel that way that quickly. This to me, was the value of the episode, it was about asking the question: What is love? What is the nature of love? How much is physical? How much is emotional, how much is experiential?

At least it started to get people to think about something that many people didn't want to think about it. Obviously, I’m not transphobic at all. I mean what if it had gone into Data? What if it had been put into a teenager? That brings up all sorts of different ethical things. I think it’s just the fact that she [Crusher] needed time and having jumped from Odan to Riker, that’s a head trip. They didn’t have enough scenes to really explore that. That’s what I was playing in the final scene.

Right. These days, something like this would be a five-episode arc or something.

Exactly. So, when it's taken out and [Crusher] not only had the new woman to deal with having the symbiont inside but she also had the fact that Riker no longer had it inside of him. There was a tremendous amount that Crusher had to process that wasn’t seen. I don't think people saw the full amount of things that she was expected to process.

A big chunk of the TNG cast had massive amounts of theater experience before TV. Do you think that had an impact on the show? On the culture?

To me where [Star Trek] was theatrical is there was a heightened reality. There are people who are in almost masks. They're in makeup. It's not naturalism, it's not realism in a sense, it is heightened reality. And I think that is something that is easier for actors who've had theater experience to do. Patrick had to do monologues, John de Lancie had to do monologues. I think it was very interesting that there were so many of us who, who really were involved in theater. Patrick also directed a group of us in a Tom Stoppard play!

Do you feel like the TNG cast could do that again? Do something like an off-Broadway play together? I feel like people would go see it.

Right! I think what was wonderful was the fact that there were many people like, maybe in Chicago, in Minneapolis who would come up afterward and say, I have never been to a symphony and I've never been to a piece of theater. And I'm now I've seen both. And that was, brilliant because we had the power to draw people in, to see an art form they'd never seen before. I feel that people forget — we are so just online all the time — but it's quite different than when you're really in the room, hearing the timpani, hearing the voices. It's a different experience. And that’s why I love theater the most, there's something that happens between the spectator and the performer. And it is magical.

You’re a producer on the new History Channel documentary on Star Trek — The Center Seat. What can you tell me about it?

They have a sort of John Oliver approach to it. It's irreverent, but it's also really pithy. It's got a lot of information. I have learned something new every single episode. And the episodes kind of fly by. They're so quick. It's not just only talking heads.

It was supposed to be eight episodes, but know you think it might be more?

Yeah, I think so.

Now, I know you’ve been asked about Season 2 of Picard a million times. But. I will say, you did play a Captain Picard, in name and in title. Could you just take over the show if Sir Patrick quit?

Well from your mouth to God. That would be great. [Laughs.] I mean, who knows. It would be so much fun to do something on it [Picard]. We’ll see. Nothing is happening now.

I will say, that I am 180 degrees from where I was when I initially was asked to audition for Star Trek. I am completely in awe of how the show has given us a positive future and positive messages about how we can behave with ethics, that there are things called facts! There are so many amazing human beings who are in the casts of all of these shows. And I like all of them. It's amazing. That just doesn't happen very often. We are a really strong group of actors and humanists, and we care about the world in the future. And I'm really, really happy to be part of that collective.

You can listen to Gates McFadden’s new podcast right here.