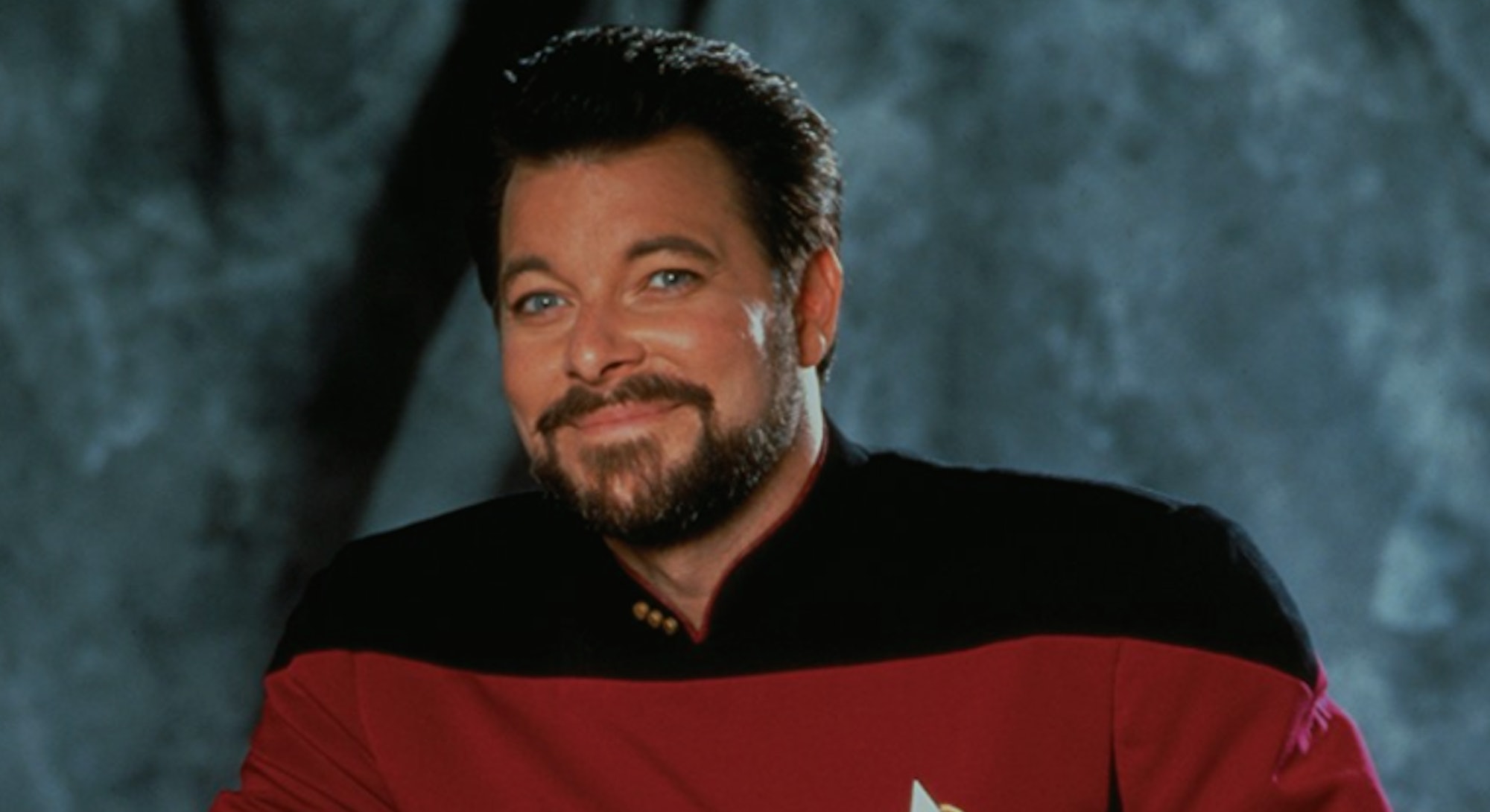 Jonathan Frakes knows it’s not easy for the cast and crew of Star Trek: Discovery. And that’s because he’s totally been there. Thirty years ago, some Trekkies vehemently dismissed The Next Generation as not “real” Star Trek, in the same way some fans diss Discovery today.

“It’s the same thing,” Frakes says. “At conventions, you could feel the resistance from the audience about embracing yet another company, or another ship or another crew or another family on Star Trek.” But, The Next Generation endured, and even when that series ended, Frakes never really left the family.

As a director, Frakes helmed Star Trek: First Contact, and over a dozen episodes across the various spinoffs. And now he’s back for his Discovery directorial debut with the pivotal, dark episode “Despite Yourself,” which aired Sunday.

In it, the crew enters the chilling Mirror Universe where Starfleet heroes have become horrific villains. But, has Trek gone too far too the dark side this time?

“I always thought First Contact was kind of a horror movie in many ways,” Frakes tells Inverse, referencing his mega-popular — and tonally dark — 1996 Trek film. “The Borg were a terrifying nemesis. But it seems to be the style of the [sci-fi] genre has gotten darker. I think Aaron [Harberts], Gretchen [Berg], Ted [Sullivan], Sean[Cochrane] and all the writers on this show have successfully found the balance between the original canon’s optimistic positive vision of the future that Gene Roddenberry created and avoiding this dystopian world. You know, the Black Mirror vibe.”

In the ‘90s, the Borg were terrifying because the concept that technology made humans into zombies seemed so novel. But in 2018, with people glued to their cell phones, the Borg hive mind has basically become a reality, minus the laser eyepieces and black leather bodysuits. Which means, Star Trek had to look for an antagonist outside of technology.

In “Despite Yourself,” Discovery has posited that the scariest bad guys in the universe are probably just alternate versions of yourself. “It’s such a delicious opportunity to play against the characters that has been established as your character,” Frakes says. “And the actors had come loaded for bear. They had been looking for this to start to reveal itself. So they’d laid the groundwork as they’d gone along. You saw it early on with Sonequa’s [Martin-Green] character.

But now, you’re seeing glimmers of it with Shazad [Latif]. It’s a dream as an actor to wrap their head and their teeth around this kind of challenge.”

Frakes’s direction of “Despite Yourself” isn’t just about philosophical musings about the nature what makes a villain; there’s legitimate sci-fi action, too. And some of it will remind fans of the zero-gravity fight sequence from Star Trek: First Contact. While in turbolift aboard the Mirror- USS Shenzhou, Burnham realizes her only chance to defeat a backstabbing Captain Connor (Sam Vartholomeos) is to disable the gravity, resulting in a brief, but impressive fight sequence in freefall.

“We did everything within 48 frames. We did some wire work. I prepped the show with Colin Holt, who is the cinematographer. And he made some suggestions which I thought were quite wonderful about using the elevator as a weapon,” Frakes explains.

“It was a tight hand-to-hand, which was all shot obviously with wide-lens and handheld.You want a 45 degree shutter when you’re doing that kind of fighting. We did this bit where she kicks the glass at the bottom because she understands the ship. And then, there’s this wonderful thing where they float to the top and she take advantage of it and then is able to finish him off. It’s a great final moment before the door opens onto the bridge. The actors had to train their asses off between scenes to get ready to do that fight cause most of it’s the real actors and not the doubles. It was a blast.”

With all of the stabbing, punching, and swearing, Star Trek: Discovery is not your parents’ Star Trek and if you grew up in the ‘90s, it might not be your Star Trek either. But Frakes thinks not only is that okay, it’s probably a good thing. Plus, he thinks some of the success of Discovery may have been jump-started by J.J. Abrams’s reboot of the original series films.

“Somehow, J.J.’s spice has created a more filmic, cinematic [story] than we used to make on Next Gen,” Frakes, says. It’s a firm reminder that the way in which Star Trek is shot, from a technical standpoint matters probably way more than fans realize.

In the final analysis, Jonathan Frakes might be the reason men of a certain age wear a beard. As Riker, he basically rebooted the concept of what a male sex symbol could be like on television. Riker wasn’t the captain, and he wasn’t a womanizer like Kirk. He talked about his problems with his dad, his insecurities about his job, and his concerns about occasionally blowing up entire space ships. But he was still a badass. You knew even if you couldn’t see his phaser, that he was packing it, set for stun.

In conversation, Frakes still sounds like the charming, disarming Number One fans remember so fondly. And he still refers to The Next Generation warmly, without being overly nostalgic. Just like Riker, Frakes doesn’t live in the past, he looks forward to the future. Which means he’s capable of admitting the show that made him famous, The Next Generation, was by no means, the zenith Star Trek.

Instead, Frakes believes the best of Star Trek could be happening right now. “I think some themes of the original show are reflected I think very strongly in Discovery,” he acknowledges.

“But there are more colors in the Star Trek palette now with Discovery than there in the original series. And maybe even in our show as well.”

Star Trek: Discovery episode 10, “Despite Yourself” is streaming now on CBS All-Access.*