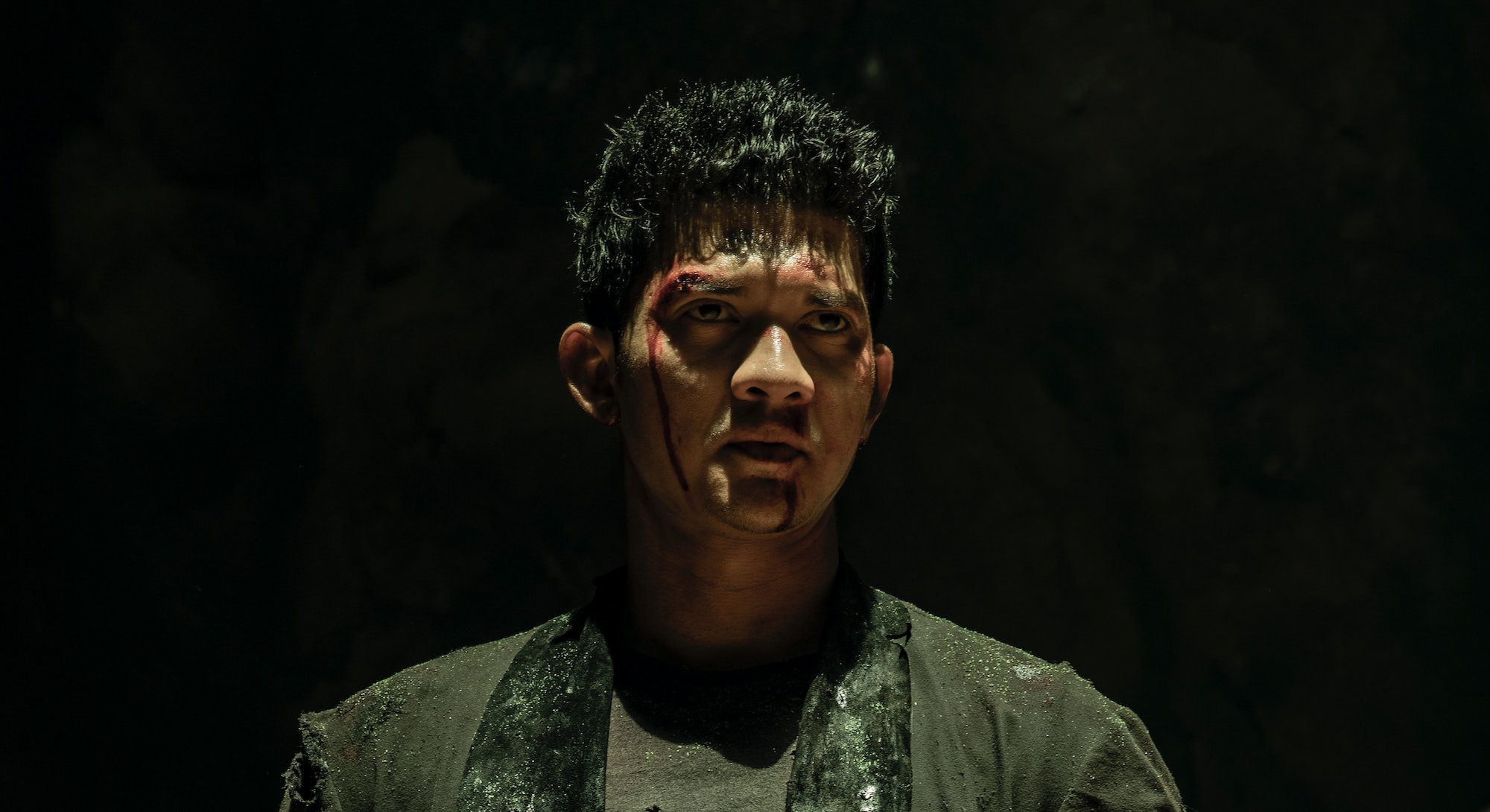 For a movie with plenty of kicks, Netflix’s Fistful of Vengeance is leadfooted.

The movie has an unenviable task: Continue the story of a TV show few saw in the first place. Fistful of Vengeance is a standalone sequel to 2019’s Wu Assassins, a show Netflix unceremoniously canceled after one season. These low expectations aren’t mitigated in the slightest.

The movie, with directing duties helmed by DVD sequel veteran Roel Reiné, fails to break through any of its barriers. Though it’s welcome to know grindhouse kung fu flicks aren’t extinct in the Age of Marvel, it’s a tepid picture that only reinforces the martial arts genre’s subpar standards. What’s most damning, though, is the squandered significance of Fistful of Vengeance’s mostly Asian cast in a critical moment when the community is still in need of heroes.

Though billed as a standalone sequel film, Fistful of Vengeance does everything it can to get viewers up to speed on Wu Assassins, a baffling sandbox universe that has superpowers and Asian myths (“Jiangshi,” or Chinese vampires, are just one of many nemeses) co-exist in a modern world.

It barely gets the point across. “Like The Avengers?” a character asks early in the film, sitting poolside at a trendy rooftop club. “Yeah, but Asian,” they’re told. Clever.

Wu Assassins leads Kai (Iko Uwais), Lu Xin (Lewis Tan), and Tommy (Lawrence Kao) return in Fistful of Vengeance, having tracked the murderer of Tommy’s sister to Bangkok. There, the trio are contacted by an enigmatic billionaire, Dr. William Pan (Jason Tobin) and learn of an even bigger scheme to destroy the world. They team up with federal agent Adaku (Pearl Thusi) and local arms dealer Preeya (Francesca Corney) to combine their kicks and save mankind.

Amateur editing and poor direction keep Fistful of Vengeance from being the visceral romp it should be. Instead, it’s just dumb. Brainless action doesn’t have to be synonymous with empty-headed carelessness, but Fistful of Vengeance looks slapdash in everything from presentation to storytelling. The script in particular comes across like a teenager’s incoherent penmanship, full of F-bombs and labored exposition in lieu legible arcs and dramatic tension.

So much of the movie is a disservice to those involved, especially Iko Uwais and Lewis Tan, who are superstars in today’s martial arts cinema. Uwais has catapulted from the Indonesian film industry to Hollywood after his plucked-from-obscurity role in 2011’s The Raid: Redemption, while Tan leveraged his good will from the Iron Fist backlash to star in last year’s Mortal Kombat. But a clunky script and unrhythmic editing underserve them, like hiring pro athletes to compete in beer league.

The stellar cast allows Fistful of Vengeance to run on fumes, though they mostly serve to remind you of the movie’s unfulfilled potential. While movies can’t change the world, they can be a balm for disempowering times. The Asian community has suffered rampant discrimination over the last few years, and Christina Yuna Lee was recently stabbed in her New York Chinatown apartment. Fistful of Vengeance’s power fantasy is a powerful promise of positive representation, but it never delivers.

With the now bountiful options for Hollywood-made martial arts content with Asian leads, from HBO’s Warrior to the CW’s Kung Fu to Marvel’s Shang-Chi, there’s stiff competition in the genre. Netflix’s visible distance from guiding Wu Assassins/Fistful of Vengeance into a meaningful entity, which it could be through skillful execution and more imagination, renders the entire effort as wasted breath.

It’s baffling why Netflix, eternally desperate for IP, doesn’t consider Wu Assassins viable. It may be tainted now, but Fistful of Vengeance could have been an opportunity for considerable rebranding had there been real talent behind the wheels. Imagine Wu Assassins as a more resonant and more diverse counter-program to the extremely white Cobra Kai, and you can see what’s so infuriating.

Inert, unexciting, and haphazard, Fistful of Vengeance is at best good for a few bong rips. Otherwise, it’s a wasted platform for Asian empowerment. Escapist content like Fistful of Vengeance doesn’t need history lectures and hackneyed scenes of racism to be quality programming, but it needs to do something. Uwais, Tan, and Kao are capable of delivering a dynamite product, and it’s bizarre that Fistful of Vengeance fails to recognize its own strengths. It’s empty-handed.

Fistful of Vengeance will begin streaming on Netflix on February 17.