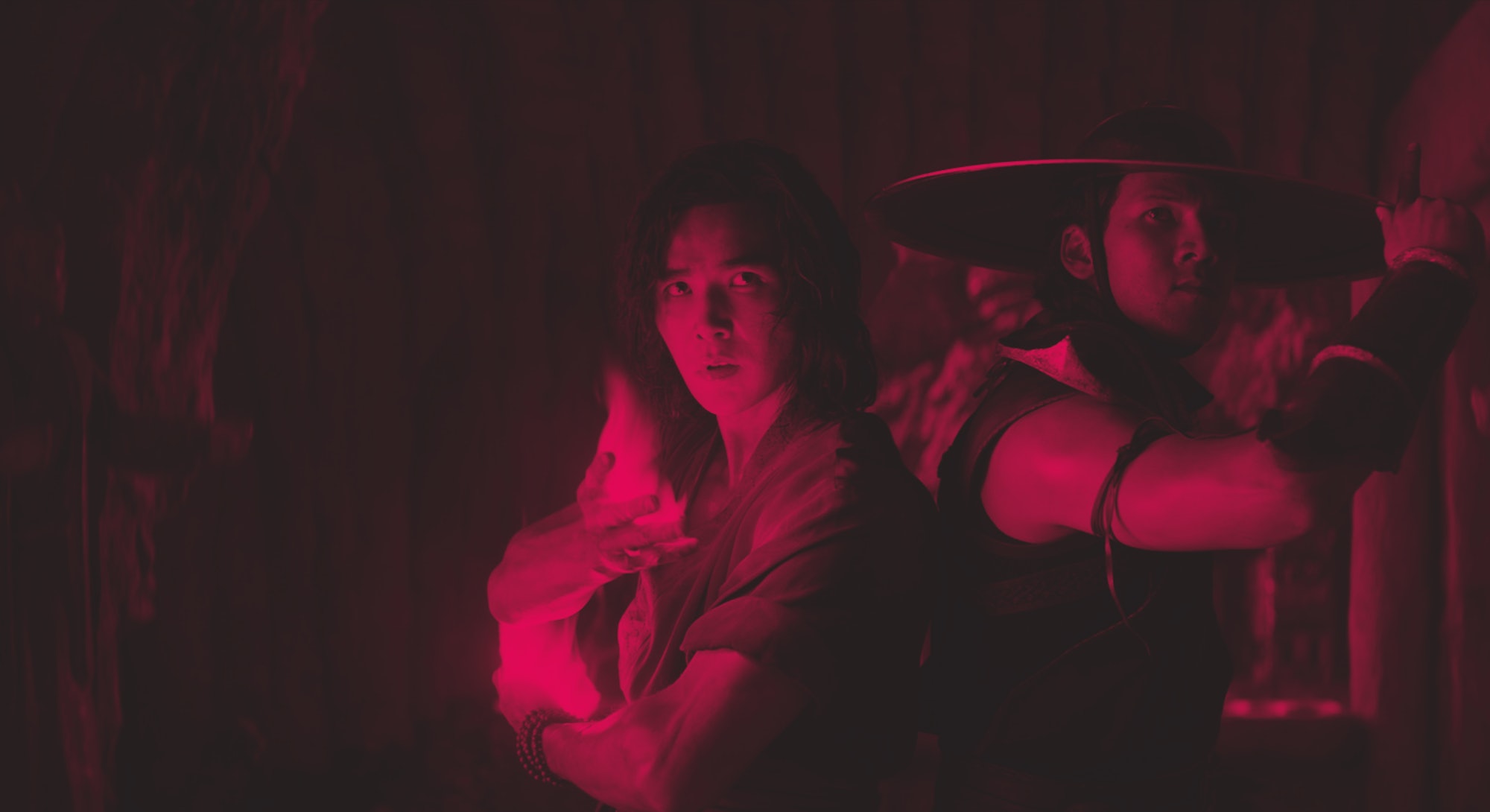 Like an arcade fighting game, two sides are in conflict in director Simon McQuoid’s Mortal Kombat, out now in theaters and on HBO Max.

On one hand, the new R-rated reboot is faithful to the video game franchise in ways hardcore fans will relish for eons. Iconic characters like Sub-Zero, Scorpion, Raiden, Liu Kang, and more come to life with not only accuracy to the games but live-action authenticity. Lacking in the nostalgic 1995 film, there’s a real difference when the IP’s many Asian characters are played by Asian actors.

On the other hand, Mortal Kombat sucker punches canon. It is boldly not the same story of Mortal Kombat that fans remember — a plot that’s long been a gothic Enter the Dragon for tubular ‘90s kids. It makes bold and divisive decisions, namely its protagonist being a fresh-faced nobody named Cole Young (Lewis Tan), whose fish-out-of-water journey is both an accessible vehicle for casual audiences and a maddening ride for lore experts.

But in a movie franchise landscape that upholds fans of a nostalgic IP as infallible rather than an indecisive hive mind subject to groupthink, Mortal Kombat is a welcome, possibly even revolutionary, thing. At the end of the day, it is simply a great time — and a most welcome return to theaters — that kicks a lot of ass as a superpowered Cobra Kai.

You know what they say about the video game movie curse? Mortal Kombat breaks it, pulls out its spine, and proudly displays it for all to see. Fatality!

Mortal Kombat is the story of the aforementioned Cole (Tan), a washed-up MMA star with a dragon-shaped birthmark. Upon meeting the mustached and beefy U.S. soldier Jax (Mechad Brooks) and hard-nosed Sonya Blade (Jessica McNamee), Cole learns his birthmark is an invitation to “Mortal Kombat,” a trans-dimensional martial arts tournament where the victor’s home is spared invasion by Outworld, a hostile planet led by Shang Tsung (Chin Han). Shang Tsung’s underlings include the Chinese assassin Sub-Zero (Joe Taslim), who hunts for the surviving descendant of his rival, Scorpion (Hiroyuki Sanada).

Despite the desolate, colorless Australian deserts that make up Outworld landscapes, Mortal Kombat is a vibrant ensemble piece with vivid characters. Jax and Sonya are this franchise’s Hawkeye and Black Widow — a grounded military duo who can hold their own against ninjas and wizards — while the mercenary Kano (Josh Lawson) is a masterful balance between comic relief and legitimate physical threat. Chin Han is a different Shang Tsung than the unforgettable Cary Hiroyuki-Tagawa of the ‘95 film, but he’s not at all a drag. You do not expect the masked swordsman Kabal (voiced by Daniel Nelson) to steal the show, but he will.

And then there’s Tan, a worthy lead caught in a thankless role as audience POV. Fans will be mad about Cole Young, and rightfully so. The classic characters in Mortal Kombat are robust, dimensional action figures who easily could have led the story — for the most part, anyway. The script practically begs Sonya Blade to take charge, and fans will scratch their heads at the diminished significance of Liu Kang (Ludi Lin), historically the franchise’s Bruce Lee-meets-Luke Skywalker protagonist.

Still, Tan shines when and where he’s able, and it’s a long-overdue moment. In 2017, the half-Chinese, half-British Tan was an internet darling when the Marvel series Iron Fist cast him in the one-off role of a drunken boxer. The show is now forgotten in the deep depths of Netflix’s ocean of content, but it was maddening when it was reported Tan auditioned for the series’ title role but was passed in favor of Finn Jones. Four years later, Mortal Kombat is proof of how exciting Iron Fist could have been with Tan front and center, even if Mortal Kombat also fails to recognize how to weaponize Tan and his physical gifts.

If Mortal Kombat gets anyone unequivocally right, it’s franchise mascots Scorpion and Sub-Zero. Way above the fight for Earth’s freedom, Scorpion and Sub-Zero wage a popcorn-worthy feud across the centuries, and it is unbelievably great. With Joe Taslim (of the 2011 cult Indonesian hit The Raid) and Hiroyuki Sanda (best known to American audiences for his role in Westworld), Mortal Kombat absolutely rips when these two get their moment in the sun.

The film’s opening prologue, which explains the origins of their rivalry, is practically from a different movie. You think you’re watching an international wuxia epic rather than an American video game movie. And when they pummel each other again, it’s the fleshing out of countless millennial touchstones — memories of huddling over shoulders in arcades and flickering CRT TV screens set to channel three — that make the movie feel so good. Mortal Kombat does a lot of things right, but it’s Scorpion and Sub-Zero most of all that make it a must-see.

Narratively, there’s a clean throughline about one’s inner warrior — confusingly “arcana” than the more culturally authentic “chi” — that grounds magical powers like fireballs and laser beams. It’s a welcome element the Mortal Kombat games would be smart to implement, but it’s also an inspiring device. The movie asks a simple question:

“What is your inner power?”

When superhero movies give out powers almost arbitrarily, it’s compelling to see Mortal Kombat tailor abilities to the characters’ emotional states. In 30 years, this is the most profound revelation to Kombat mythology.

To paraphrase a meme circulating Twitter right now (and will be forgotten by the year’s end): Mortal Kombat understands the assignment. It’s a gruesome action movie replete with so many diverse Asian actors, a necessarily cathartic image as the worldwide Asian community feels powerless to pandemic discrimination. That it faithfully adapts its source material’s craziest characters while still doing the most to introduce Mortal Kombat mythology to those who have never touched a joystick is a miracle, even if the efforts are ultimately imperfect. While the 1995 film is a gem that tickles millennial nostalgia, the 2021 reboot is an actual, legitimate effort at making not just Mortal Kombat a watchable movie, but a great one.

Mortal Kombat will open in theaters and stream on HBO Max on April 23.