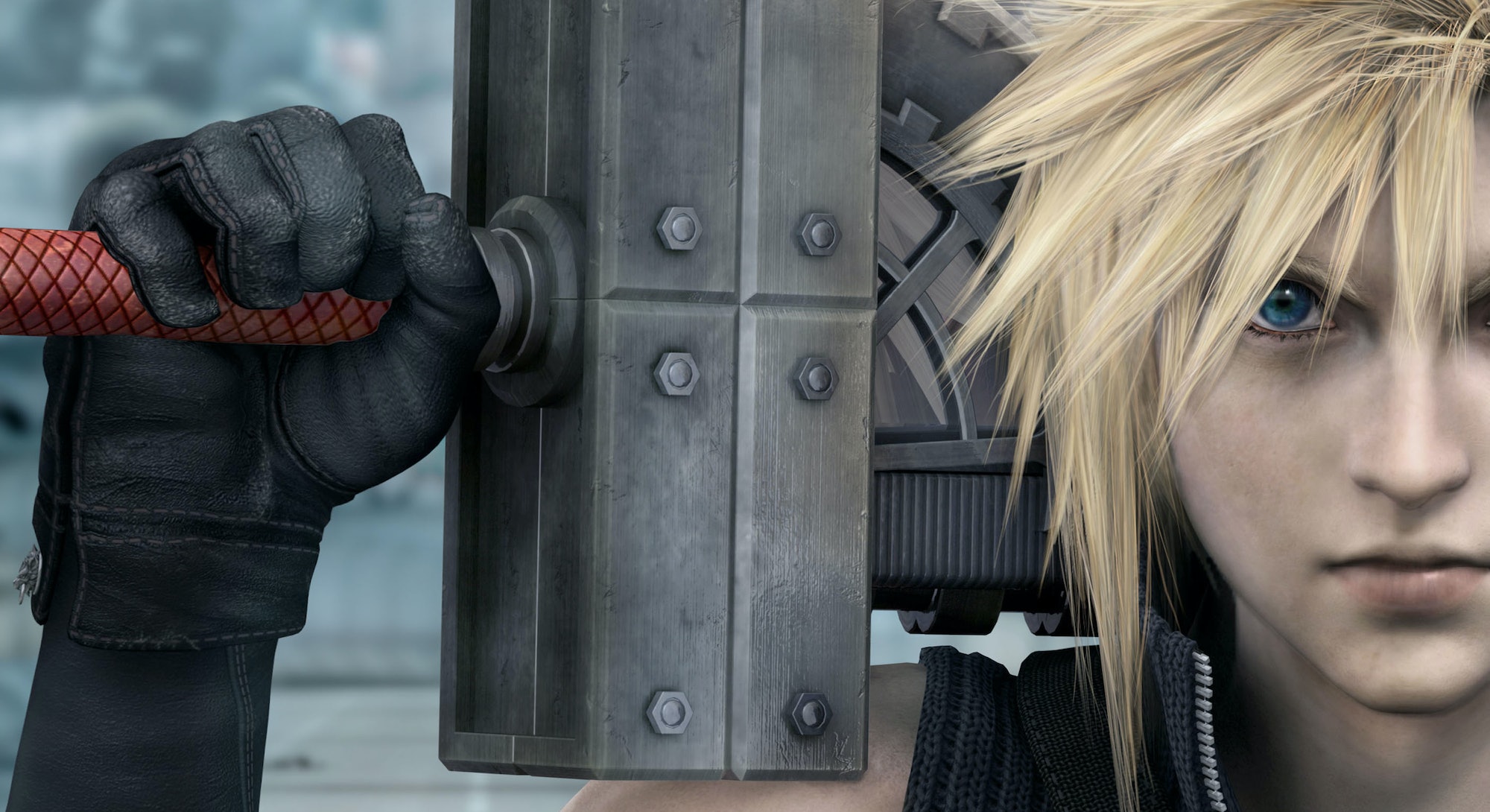 The summer of 2005 is embered in my memory as lazy afternoons spent with extended family in Jersey City at a time long before gentrification took deep root. The smoky aroma of Filipino-style barbecue pork and lumpia spring rolls trigger a flood of memories as potently as the ubiquitous sirens of the JCPD. The strongest of these recollections finds me inside my cousin’s cramped apartment, sitting on a worn leather couch, knees up and back hunched to better see through the sun’s glare on my cousin’s Sony VAIO laptop. This cousin, who had long been the Virgil to my Dante during my descent into gaming culture, was showing me a torrent of Advent Children.

I was 13, an age when no one knows how to shut up, and I was speechless. How could an animated movie look so good? How could the action and story seem so exciting? I fell in love with Final Fantasy VII right then and there, even if I found it impossible to understand.

It wasn’t just the Japanese track that made it unintelligible. The torrent had English subtitles, albeit fan-made ones. It was still months before the film’s official release in the U.S. (By June the following year, I’d use some of my middle school graduation money to pick up a legal DVD copy of Advent Children for $20 at the now-vanished Suncoast at the Menlo Park Mall.) Very little of Advent Children makes sense on its own, even if you have played FF7.

“Compilation” also preceded more popular notions of expanded universe canons. Today almost any new successful IP gets milked for prequel streaming shows, tie-in comics, and Avengers-style crossovers. But once upon a time and not long ago, “Compilation” was a novel way to continue gaming’s most memorable story.

Advent Children is set two years after the game and follows protagonist Cloud Strife, a moody ex-SOLDIER turned environmental terrorist who does battle with three renegades. They turn out to be the split reincarnations of Cloud’s nemesis, Sephiroth. Also, there is a virus called the Geostigma. At the start of the film, Cloud is a recluse still mourning the death of Aerith, but the insistence of his friends – and a threat to the entire world – pulls him out of hiding. He has a comically oversized sword that is kept in disassembled pieces in his motorcycle. He takes calls from a flip Panasonic cell phone. Of course I wanted one.

To follow the plot is a fool’s errand, because chaos is the only item on the menu. Digital puppets made of ones and zeroes made in the way real humans are made of atoms collide for 101 minutes of obtuse science fiction.

Advent Children is not a good movie; The plot prods and characters struggle to dole out exposition in either Japanese or English. The action commands the intensity and grandeur of a shōnen anime, but that only threatens to render the movie weightless.

In another universe, you could imagine Advent Children originating from the mind of director Zack Snyder. A lot of good-looking talking heads bore you with exposition and muddled motives, but the meticulously crafted action set pieces and dazzling animation make its shortcomings forgivable.

Advent Children is a disorienting but compelling entrypoint into the world of FF7. I was just a little too young to play FF7 in its original form in ‘97, but I had come to know its mythic significance through frequent visits to GameFAQs and mentions on G4TV. I also had my cousin, who patiently answered every question I blurted out as we watched. When the “Victory Fanfare” song goes off as a ringtone, he informed me that “that’s the song that plays when you win a battle.”

A month later, I made it my own ringtone.

I wouldn’t actually play FF7 for another 13 years, when it was released as a port for the very convenient Nintendo Switch console. But it’s a testament to the world of FF7 that so many of its stylistic flourishes, from its big-ass swords to spiky-haired protagonists, stuck with me for years — despite the foundation of my experience coming from a movie as incoherent as Advent Children.

From the jump, Advent Children is affectionate and vast. Over a black screen and white text, the English translation of Japanese writing reads:

“To those who loved this world … and knew friendly company therein, this reunion is for you.”

The movie is a literal love letter to fans who cared about all of this before I even had the chance. There was an awesome family built on warmth, I sensed, and for more than a decade afterward, I felt I wanted to be part of that family. What unfolds after the greeting is a symphony of anime cliches that, thanks to gorgeous semi-photorealism, come alive in a way that I simply hadn’t seen before.

Clunky plotting also contributes to more to its mystique than detracts from it. Watching David Lynch’s work as an adult has felt profoundly like that first time watching Advent Children. After the film’s release in 2005, there came extended versions with new scenes that generally tell a more complete story, which would have rendered the movie even more accessible to newcomers like myself. But for me, half the fun was trying to figure it all out without the help.

I became a fan of Final Fantasy because of Advent Children. It was the first time I saw animation beyond the confines of a Disney, or a Shrek, or a Space Jam. It’s technically cheating, as so many of its most critical elements are recycled from a video game – from its characters to the music of Nobuo Uematsu – but Advent Children gave it new dimensions.

I latched onto FF7 hard after Advent Children. I embedded Sepiroth’s haunting “One-Winged Angel” theme song to play on my MySpace, where my display name was “Eric Strife.” I spiked my hair. I wrote term papers to Uematsu’s music. When LG released a black flip Chocolate that bore a striking resemblance to Cloud’s Panasonic (a Japan exclusive release), I begged my mom to get it. And you bet my ringtone was “Victory Fanfare.”

I would have carried a giant sword all day, but this was post-9/11, and I didn’t have the arm strength.

Over a decade and a half after its release, Advent Children’s enduring legacy still affords me a sense of comfort and confidence. Cloud wears his Advent Children clothes in Super Smash Bros. Ultimate, where he can now fight Sephiroth. A 4K remaster of the movie was just released in 2021. Almost everything about Remake traces back to Advent Children in its successful ability to gorgeously render the iconic characters far beyond their original 1997 polygon count. Without Advent Children, there still wouldn’t be Final Fantasy VII.

Advent Children isn’t a good movie, and it probably never was, even when I first saw it. All I know is that it showed me a world that I still fondly remember.

FF7 Week is an Inverse celebration of the 25th anniversary of Square's landmark 1997 RPG.