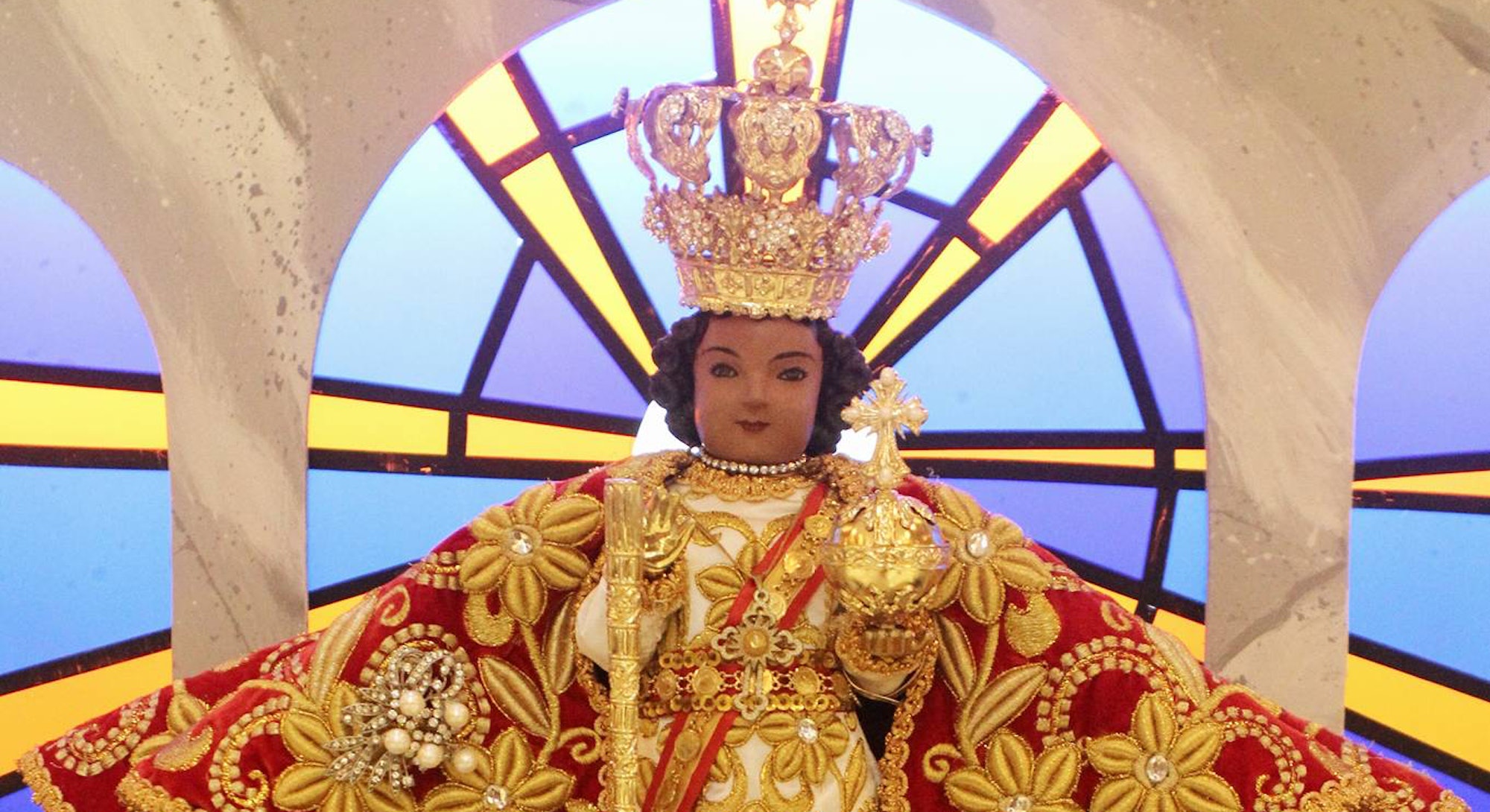 It wasn't so dramatic when I left my faith.

12 years of Catholic education simply took its toll, leaving me with confusion, apathy, and fatigue instead of fulfillment. Rampant abuse throughout the church and the unrelenting persecution of LGBTQ communities made leaving easy. I just woke up one day and decided it wasn't for me.

What I can't change is my ethnicity. I am the American child of Filipino immigrants. Not unlike Irish and Italian families, Catholicism is rooted in the Filipino way of life. Ask any of us: Leonardo's The Last Supper triggers memories of the family dining room. (Growing up, I was extra careful to not knock over one of these with a plastic lightsaber.)

When you're Filipino, "leaving" Catholicism doesn't mean the cultural values and expectations of Catholicism leave you. That infamous Catholic guilt manifests differently when mixed with filial piety. The possibility of disappointing parents who raised you triggers anxiety as you prioritize their satisfaction over your independence and well-being. Throw in "God is watching" and you have is a deadly cocktail of shame, emotional paralysis, and an inability to move past mistakes.

Which is why I'm so awed over a new video game that accurately depicts the toxicity of these values in a distinctly Filipino way and presents them as an opportunity for tolerance, forgiveness, and change.

In Tell Me Why, players take control of Tyler and Alyson Ronan, two siblings in rural Alaska who reunite after ten years to investigate their mother's murder. This new Xbox exclusive is the first mainstream video game with a trans protagonist. Tyler, played by August Black, transitioned in his time away from Alyson. The fallacy of memory is a recurring theme of the story — the trauma of Tyler and Alyson's childhoods makes them recall pivotal moments differently.

A couple of hours into the game, Tyler meets his mother's former best friend, Tessa, for the first time in years. Tessa is a middle-aged Filipina woman who owns the town's general store with her white, Italian husband. Tessa looks like my aunts (titas, as we say) and talks like my mother. When Tessa is first mentioned by the characters, they reminisce about eating her turons, a Filipino recipe for fried bananas dusted with sugar. My mother makes them differently, her preparation is more akin to fried banana chips, but it was easy to see Tessa as someone who could have raised me.

While Tessa's dialogue doesn't make her out to be a Bible-belt preacher, she doesn't hide her devout Catholic faith. Late in the game, you find letters from Tessa that end with sign-offs like, "In His grace."

That's not surprising. If she were real, Tessa would be among the 65 percent of Filipino-Americans who are Catholic, according to Pew Research. That percentage is even higher in the native Philippines, where an estimated 84 million — that's a whopping 85 percent of the country — adhere to the faith. When Pope Francis held a mass in Manila in 2015, six million people showed up.

Consequently, Tessa — like many Filipino Catholics — maintains conservative values. On the basis of Donald Trump's supposed Christianity, Filipino-Americans were the second-largest Asian-American group to vote for Trump in the 2016 election, based on data collected by the Asian American Legal Defense and Education Fund.

Tessa's faith and Tyler's trans identity collide when it's revealed that, years prior, Tessa urged for Tyler to be sent to conversion therapy. Human Rights Campaign explains that conversion therapy is "a range of dangerous and discredited practices that falsely claim to change a person’s sexual orientation or gender identity or expression." They never work.

"Such practices have been rejected by every mainstream medical and mental health organization for decades," continues the HRC, "but due to continuing discrimination and societal bias against LGBTQ people, some practitioners continue to conduct conversion therapy."

The organization warns that conversion therapy statistically results in "depression, anxiety, drug use, homelessness, and suicide."

The rarity of Asian-American characters in western media means even minor characters like Tessa are put under a microscope. While I've seen a handful of Filipinos in movies and TV, never before have I seen a Filipino Catholic, an archetype I'm deeply familiar with, in a video game. Until now, I've only ever heard stand-up comedian Jo Koy joke about it.

So where did Tessa come from? I had to find out.

"Tessa came from meeting all the people we met in Alaska," Tell Me Why director Florent Guillaume tells Inverse. "She's a blend of our own views on the abuses religion can have."

Tell Me Why is the work of Dontnod Entertainment, a game studio headquartered in Paris. In the footsteps of its acclaimed 2015 game Life Is Strange, Tell Me Why features a branching narrative about young adults who navigate emotions and traumas in scenic small-town America.

The mostly French team at Dontnod visited Alaska in the early stages of developing Tell Me Why. (The state was chosen for its high visual "contrast" and aesthetic beauty.) They met with locals and indigenous groups, like the Huna Heritage Foundation, to imagine a true, representative Alaska.

That's when Dontnod met Filipino-Americans like Tessa, who make up 52 percent of Alaska's population of Asian-Americans. That's a far higher concentration than in the United States as a whole, where Filipinos number 18 percent of the Asian-American population. The high population of Filipinos and the interest in having a religious angle somewhere in the game led to the creation of Tessa, voiced by Filipino-American actress Melody Butiu.

"We are from Europe and mostly Catholic backgrounds," Guillaume explains. "We wanted to talk about religion a little. When we went to Alaska we met a lot of people from Catholic backgrounds. We were quite surprised. We looked at the demographics [of Alaska] and recognized that."

"It started from wanting to reflect Alaska as it exists," adds Clay Carmouche, narrative director at Xbox Game Studios.

Guillaume and Carmouche say they didn't want Tessa to be transphobic, but ignorant and willing to change. "The goal for Tessa was not to be a mouthpiece of transphobia or suggest its rooted in Catholicism, but present someone who has just not thought deeply about it," says Carmouche. As a branching narrative game, players' dialogue choices influence the outcome of the story. This includes how players can maintain — or not maintain — their connection to Tessa.

"She was a character I knew would be easy to do poorly," says Tell Me Why writer Morgan Lockhart. "I tried to think about who she was outside the story. Who she was, where she came from, and where she's going." Lockhart says that players' dialogue choices with Tessa can "inspire her to grow in a realistic and human way."

Dontnod worked with organizations like GLAAD to craft a story about the trans experience that does not rely on familiar, usually violent tropes. As explained in a spoiler FAQ on the game's official site, there is no violence against any of the game's queer and trans characters, nor is Tyler's transition rooted in trauma. The game includes some people who struggle to understand Tyler's transition, but there is no violent bigotry. Such is the case with Tessa.

"We had a lot of talks with GLAAD about her, because conversion therapy camps do, unfortunately, exist," Guillaume says. "We didn't want [Tessa to be] someone harmful, but we thought it was important."

Dontnod had its hands full creating a story about trans identities that didn't rely on tropes. Adding religion was its own balancing act, necessitating honest about the persecution of LGBTQ people without judging beliefs.

Carmouche says characters like Tessa are "tricky" and a "responsibility" due to to their rarity. "Because you cannot compare her to too many people in media, they become a symbol for that group," he says. "With Tessa, we were very careful in not suggested she is representative of Filipino Catholics. She is just Tessa."

The first episode of Tell Me Why debuted on August 27, and all three episodes won't be available until mid-September. It will take time before anyone, we Filipinos included, can have a meaningful discussion about the game's themes and inclusion of stories like Tessa, her faith, and our faith's opposition towards marginalized groups.

Until then, we can recognize Tell Me Why is a game about education, and Dontnot believes video games are uniquely well suited to cultivating understanding and empathy.

"By meeting these characters and embodying them as players, you face what you normally don't face if you're not trans," Guillaume says. "You face reactions from people like Tessa, who do not understand."

Tell Me Why Episode 1 is available now on Xbox One.