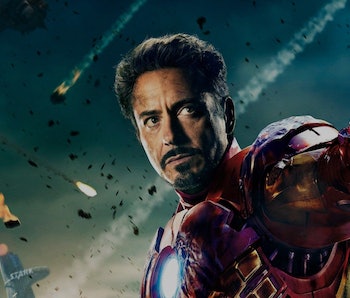 There will never be another Tony Stark in the Marvel Cinematic Universe, but that doesn’t mean there can’t be a new Iron Man. Upcoming Disney+ shows Armor Wars and Ironheart will explore Stark’s legacy and ultimately reveal who will ultimately take on the mantel, but in the meantime, someone else is filling in a pivotal role in the MCU that used to belong to Robert Downey Jr.’s character.

As the series finale of The Falcon and the Winter Soldier makes clear, the MCU already has its Iron man replacement, but it’s not who you think.

What defines the MCU’s Iron Man?

Is it the quips? The angst? Some other undefinable RDJ quality? All of these are right answers, but the character also served a crucial role: he provided the futuristic technology.

From nanobots to the Iron Spider Armor, Tony Stark provided an endless supply of absurdly powerful tech. He was basically Marvel’s version of Rick Sanchez from Rick and Morty, using science and technology to instantly solve any problem with a wave of his repulsor rays.

But with Iron Man dead and no set release date for Ironheart, the Marvel universe is missing its tech inventory. Or is it? Episode 6 of The Falcon and the Winter Soldier reveals that Iron Man’s replacement has been waiting in the wings — literally.

In Falcon and the Winter Soldier’s season finale, Sam Wilson finally accepts his role as the new Captain America, thanks in part to a new supersuit designed in Wakanda. This includes some upgraded wings, but that’s not all.

In one pivotal moment, Sam uses a series of rocket-powered drones built into his new suit to save a car full of hostages. While we’ve seen his Redwing drone in action many times before, using multiple drones like this is new for Sam. However, it’s not the first time we’ve seen something similar in the MCU.

In Spider-Man: Homecoming, Tony Stark uses similar drone technology to save a ferry from sinking. It’s a fun scene that emphasizes the unlimited power of Iron Man’s technology. It really does seem like he can invent his way out of any problem. So how will Marvel’s heroes go on without him?

The answer is revealed in The Falcon and the Winter Soldier finale. We know Sam’s Captain America suit was created in Wakanda (probably by Shuri). We also know that Wakanda is technologically advanced beyond most of the world. Moving forward, it’s possible Wakanda might not just be the home of Black Panther 2 and a Disney+ spinoff, it could be the source of the MCU’s futuristic weird new technology.

At least until Robert Downey Jr. decides to return for another Marvel Studios paycheck.