“We will take him to The Raft.” 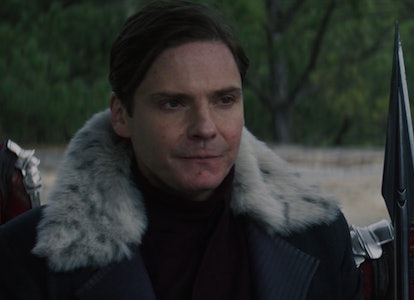 The Falcon and the Winter Soldier Episode 5 said a fitting goodbye to Daniel Brühl’s Baron Zemo. The latest installment of the live-action Marvel series saw the fan-favorite MCU villain taken captive by the Dora Milaje, with Florence Kasumba’s Ayo promising that they would put him back in prison.

However, it’s not just any ordinary jail that the Dora Milaje are putting Zemo in, but The Raft.

Sound familiar? It should. There are a couple of reasons why fans should be very excited that Zemo is being taken to this prison, of all places.

The Raft in the MCU — The Raft was introduced in the MCU for the first time back in 2016’s Captain America: Civil War as an underwater prison designed for the world’s most dangerous people. It’s where the members of Team Captain America were taken and held following the airport battle in Civil War, and were later freed from by Cap himself.

However, despite its prominence in Civil War, The Raft has not been mentioned or seen again in any of the recent MCU films. That’s part of what makes Ayo’s comment in The Falcon and the Winter Soldier Episode 5 so important since Zemo’s presence there seems to signal that The Raft could start to play an important role in the MCU’s storytelling again moving forward.

What makes Zemo’s transfer to The Raft even more interesting, though, is who his fellow inmates are.

The Inmates — Since The Raft hasn’t really been addressed or acknowledged much in the MCU since its 2016 introduction, it’s hard to know which surviving MCU movie villains may be held there right now. That being said, there are 2 villains from past MCU titles that we last saw being imprisoned in The Raft, and for all we know, are still there…

Who are the villains? None other than Trish Walker and Willis “Diamondback” Stryker, from Jessica Jones and Luke Cage, respectively.

That’s right, according to the current MCU canon, Zemo is now being held in the same prison as 2 of the most notable villains from Marvel’s unfortunately short-lived batch of Netflix shows. That means there is the potential for Zemo to cross paths with Trish or Diamondback at some point in a future MCU show or film, which inevitably opens up the possibility of other characters from Marvel’s Netflix shows returning as well.

Given just how many rumors there have been that Marvel is building towards a Thunderbolts or Dark Avengers-esque villain team up in the MCU (which were only strengthened by the recent introduction of Julia Louis-Dreyfus’ Contessa Valentina Allegra De Fontaine), it certainly doesn’t seem crazy that Marvel may begin reintroducing even some of its lesser-known MCU villains again either.

The Inverse Analysis — It’s hard to know exactly how likely it is that Zemo’s imprisonment in The Raft will result in Trish or Diamondback popping back up in the MCU. Marvel has been cagey (no pun intended) about the future of the Netflix characters in the MCU up until this point, though, Kevin Feige has hinted that the studio is open to the possibility.

Whether or not that will actually happen any time soon is a mystery. But if Marvel has been looking for an organic opportunity to bring its Netflix characters back into the fray, then Zemo’s placement in The Raft gives the studio exactly the kind of narrative window it needed to do just that.