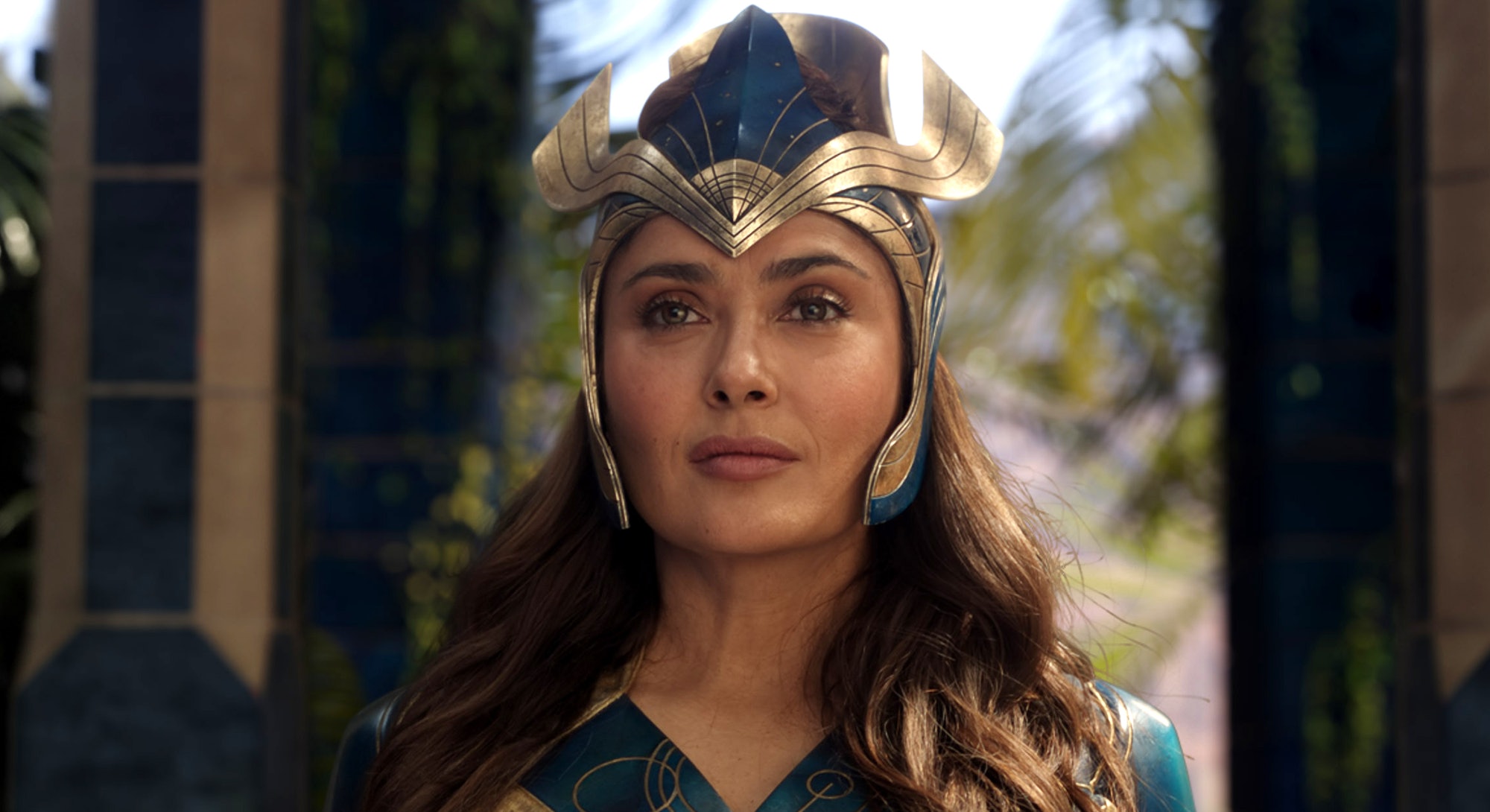 Ensemble affairs are far from a novel concept in the Marvel Cinematic Universe.

With every entry, its banner Avengers saga increased the number of heroes it cobbled together to defeat nefarious forces. But by the time the final group battle came around in Endgame, several of those involved had already had their story arcs fleshed out over multiple movies.

Moreover, the core cast — Captain America, Iron Man, Thor, and even Hulk—were (to varying degrees) well-known properties even before their cinematic dominance. There’s also the odd troop in Guardians of the Galaxy, another referent of when saviors come in packs, which eventually folded into the larger herd of justice-enactors.

Eternals, the undeservingly vilified latest release, takes on the titanic task of developing our interest in a whole new set of characters, from relatively obscure tomes in Marvel’s expansive catalog, in one long try. For most viewers, those only mildly versed in comic book lore or for whom their sole engagement with superheroes are their big screen appearances, this is our first encounter with this gang of ancient beings.

From this writer’s vantage point, Eternals stands as the most narratively audacious entry in a formulaic-by-design and aesthetically homogenous collection of epic stories. In emotional stakes alone, the characters’ conflicted moral position as a collective and how that engages with historical events set this powerful-people-in-costumes flick apart.

With that stance out in the open, let’s say this is both a defense and a complaint, the latter part about the stinging way the film under-explores Salma Hayek’s character Ajak.

Oscar-winning filmmaker Chloé Zhao, also one of Eternals co-writers, assembles a band of 10 god-like figures in human bodies whose divine duties often clash with their sympathy for the mortals on this planet, with whom they’ve interacted for thousands of years.

Amid the tremendous astronomical conundrum at the center of the action — an entity capable of creating new life in space, a Celestial, is soon to be born from Earth’s core, thus destroying all life — Zhao’s fourth feature prioritizes interpersonal drama. We learn about how each benevolent immortal, here to watch over humankind and defend us against intergalactic beasts known as Deviants, has chosen to integrate into our chaotic societies.

Sersi (Gemma Chan) teaches children and has nurtured a romantic relationship, Kingo (Kumail Nanjiani) established himself as a Bollywood star, while Phastos (Brian Tyree Henry) forged a family with his husband and young son. Yet, the life of Hayek’s Ajak, the Prime Eternal, manifests in a handful of flashbacks that evince little about her understanding of the world based on innumerable experiences in countless settings.

Admittedly there are other members of this team left without much substance to their tales because of the sheer amount of individual subplots. But given that Ajak is billed as the leader, the one who’s inhabited the land the longest and the closest link to almighty Arishem, the realization that Eternals shortchanges Ajak’s screen time stings with particular intensity. There’s an inherent richness to both her mythical role and Hayek as an actress that remains underexplored.

Ajak from page to screen

To the production’s credit—or for its convenience—the image of the original figure in the source material was changed to a female one for the film adaptation, allowing for a woman, Hayek, to play the part. Ajak’s male presenting form from the comics is never seen in Eternals, so its iteration as a heroine becomes the default mode. No mention of a gender transition along the character’s timeline is made either. As far as those watching the big-budget effort, with no other reference, Ajak always looked like the Mexican star.

But in that transformation, most of the other fascinating aspects of Ajak’s passage through millennia got extricated from Eternals. According to the character’s biography, Ajak spent time among the Incas and the Aztecs, civilizations that mistaken him for the deities Tecumotzin and Quetzalcoatl respectively. In the film, a scene in the Aztec capital of Tenochtitlan as the Spaniards conquered it in 1521 resonates as a missed opportunity to involve Hayek’s Eternal more significantly by blending factual and invented mythologies.

Considering Hayek’s Mexican identity, the notion of tapping into Ajak’s presence in the region known today as Latin America feels like an obvious move. And though her casting may have partially responded to the characters’ background details, not investing more scenes digging into how the perception those early cultures had of her (or him) shaped her worldview is free gold not mined.

The evident factor that prevents Ajak from more active participation over the course of Eternals is that she perishes in the first act, shaking the other Eternals to their core. From then on, Hayek only graces the narrative in her colleagues’ fond or frightening memories. A shot of her in the Hanging Gardens of Babylon packs striking vibrancy.

One scene, however, summons a hint of how intricate and fundamental Hayek’s role could have been. Talking with the handsomely disheartened Ikaris (Richard Madden), Ajak reveals the Eternals’ true mission and the doomed fate that awaits humanity. In the same breath, she expresses her equal parts disdain and affection for earthlings, our propensity for brutality, and our ability to love with similar fervor. Such pithy dialogue is the most profundity she is afforded.

Imagine if a Mexican actress in her fifties was the protagonist of her own action film?

That moment sees Ajak ride a horse, wearing full cowgirl attire in South Dakota, a nod to Zhao’s previous features, The Rider and Songs My Brothers Taught Me, set against the vast plains of that state. Inconspicuously, the location speaks of Ajak’s decision to retire far from highly populated urban centers where brutality or strife might seem more visible.

Level-headed in her motherly persona, Ajak allows Hayek to put forward a measured performance, the kind she is consistently denied. The comedies that abound in her recent filmography continuously ask for exaggerated portrayals of Latinas devoid of qualities ripe for nuanced interpretation. The serenity she exudes in what she says and how she moves in Eternals resembles more her work in the drama Beatriz at Dinner than say something as brash as Hitman's Wife's Bodyguard.

Witnessing Hayek channel wisdom in this fascinatingly atypical Marvel project begets a bittersweet effect. On the one hand, it’s further testament that her acting abilities reach beyond what we usually get from her. It is also a painful reminder that Hayek tends to be relegated to peripheral parts.

Even in a film that’s fragmented and limits how much development everyone in it enjoys, her character seems to get the shortest end of the stick, even though it had the potential to make the movie much more revolutionary. Imagine if a Mexican actress in her fifties, mind you, one that’s more than paid her dues in the industry, was the actual protagonist of her own action film in full space armor?

Embattled for weeks before it was even released, as reviews and the discourse around it unfolded, Eternals might have to ride on profitability alone, facing a lack of critical support.

Therefore, while a sequel may be in the works, the prospects for spinoffs, especially a character like Ajak (whose storyline would have to be a prequel), appear improbable. But that won’t stop some of us from wondering what an Ajak-centered vision could impart based on knowledge from her numerous centuries spent with our flawed species.

Eternals is now playing in theaters.