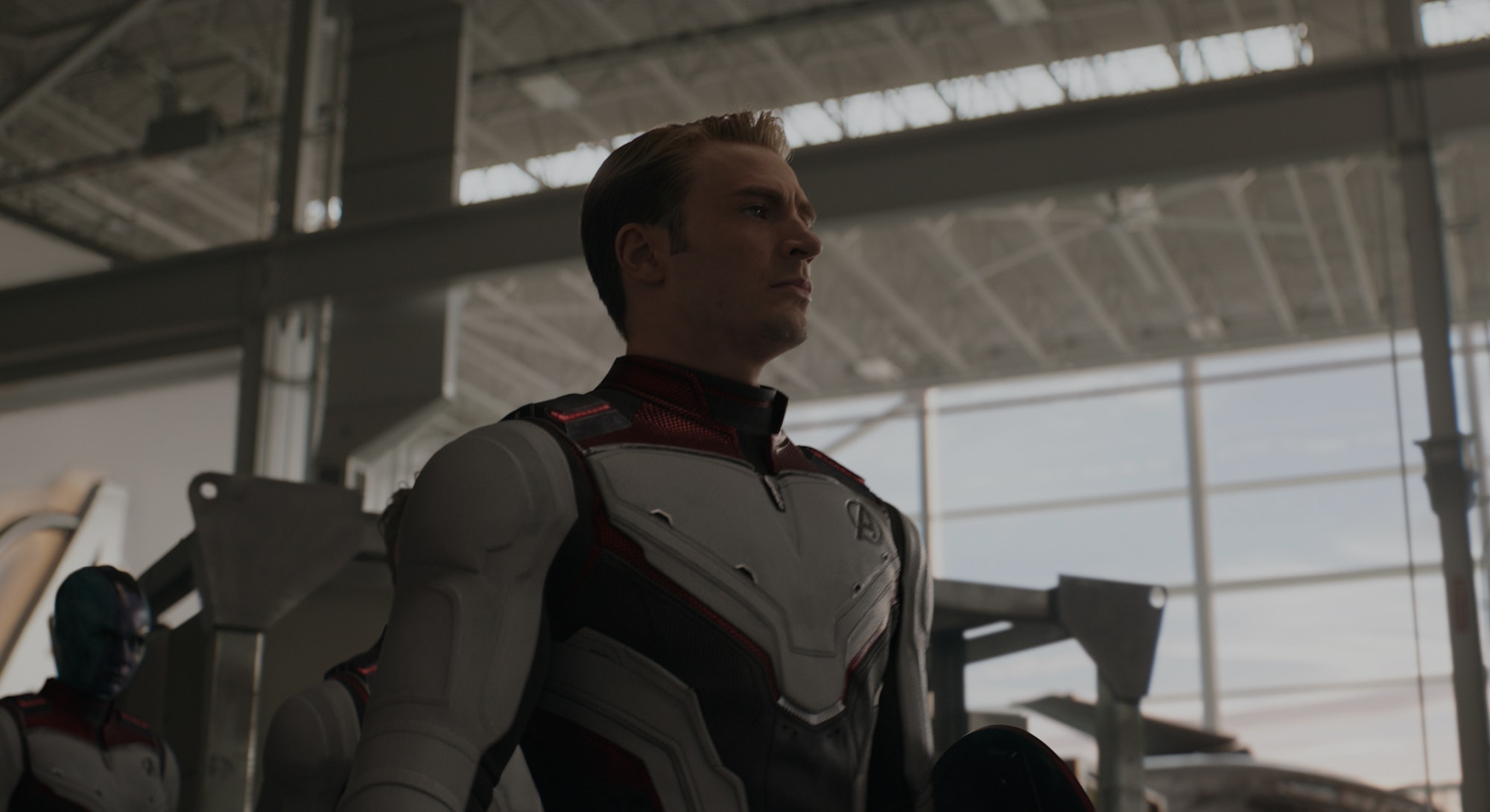 Avengers: Endgame isn’t a movie. Marvel’s Avengers films moved beyond that classification a long time ago. Sure, there’s drama, humor, and even capital-A Acting, but what we’re really getting is something more akin to a monster truck rally or some kid spilling all his action figures across the living room floor. We’re here to watch larger-than-life heroes clash on the battlefield, and Avengers: Endgame more than delivers.

Amid that chaos, directors Joe and Anthony Russo pull off a few genuine tearjerking moments without the benefit of a scene-stealing Infinity Gauntlet “Snap.” They also manage to provide enough closure to keeps fans satisfied as we wait to learn what’s coming next from the Marvel Cinematic Universe.

Above all else, though, this is a movie for the fans, the ones who’ve watched 11 years of superhero movies just to see how the showdown with Thanos would end (I’ll be honest, if you haven’t watched at least the major Marvel event movies, you won’t enjoy this one). It begins just as abruptly as Infinity War, not bothering to remind us what happened at the end of that movie or even who the characters are before diving straight into the action.

After that initial rush of action and violence, we do get a brief pause. The movie slows down (maybe too much) to reveal a fascinating look into a post-Snap world where the survivors struggle to move on (“I miss the Mets,” a civilian, played by one of the Russo Brothers, says to a support group led by Captain America). Before long, though, it’s time for the Avengers to reassemble.

This might be the weakest part of the movie. What should be a handful of emotional reunions instead feels rushed, and while each character initially puts up a fight, all it takes is a tiny push to get them back on the team (in Thor’ s case, all it takes is the promise of beer).

With the heroes reunited, the movie really picks up and rarely slows down. The second act of Avengers: Endgame sends the team on a complicated mission that’s packed full of moments in service to fans; dead or long-forgotten characters briefly, and new context gets added to some of the MCU’s most iconic scenes. The movie’s mid-section also sets up an unexpected plotline that guides the third and final act.

More importantly, it establishes Nebula (Karen Gillan) as the most important character in Avengers: Endgame. I won’t say why, but it’s a brilliant move by Marvel. Gillan is a talented actor (her on-screen chemistry with Robert Downey Jr. is undeniable) and her character was underutilized in Infinity War. Thankfully, she gets a big role here that cements her status as one of the best action figures in Marvel’s toy box.

That’s not to say there isn’t room for the rest of the cast to shine. Chris Evans (Captain America) has already proven himself to be the best casting decision Marvel ever made, and Endgame is no exception. After missing most of the action in Infinity War, he carries the weight of this movie on his shoulders and gets one of the most satisfying endings of all. He also delivers the best punches I’ve ever seen in a movie.

Robert Downey Jr. (Iron Man) also has a plethora of opportunities to remind us why he’s the real star of the MCU. He’s more emotional here than in any other Avengers movie and gives Endgame its biggest stakes. From his first moment stranded out in space he delivers the same mix of humor and pathos that transformed Iron Man from a lesser-known superhero into a movie star.

"Thor delivers some of the best jokes in Endgame (sometimes without saying a word).

And then there’s Chris Hemsworth (Thor). As Thor: Ragnarok already showed us, the god of thunder might not be the strongest Avenger, but he’s probably the funniest. That hasn’t changed, and Thor delivers some of the best jokes in Endgame (sometimes without saying a word) while also undergoing one of the biggest transformations in the film. Any Thor fans worried he’d play a minor role after gobbling up screen time in Infinity War can rest easy.

I could keep going like this for a while (it’s a big cast), but I’ll just note that most other familiar faces get some sort of moment — a one-liner, a fight scene, something. Black Widow (Scarlett Johansson) comes into her own early on in Endgame but gets a disappointing send-off that never feels as climactic as it should. Hawkeye (Jeremy Renner) anchors the story but doesn’t get much of a personality after quickly shedding his dark new Ronin persona Marvel teased in the trailers.

Tessa Thompson fans will also be happy to know that Valkyrie shows up to deliver a few great lines and kick some butt. Captain Marvel (Brie Larson) is underused but has some fantastic moments. She comes this close to making good on her Late Show promise of punching Thanos “into the sun.”

"I wasn’t alone in yelling, “Oh shit!” multiple times in the theater.

When it comes to the action, Marvel doesn’t disappoint. There’s plenty of small fight scenes throughout (including some hero-against-hero combat that puts Civil War to shame), but it all pails in comparison to the epic third act, which is non-stop action, slowly expanding from just a few main characters to an entire battle without ever missing a beat. (I wasn’t alone in yelling, “Oh shit!” multiple times in the theater.)

The Russo brothers have been fairly criticized for lacking the visual flair of Joss Whedon (The Avengers and Avengers: Age of Ultron), but in Endgame, they finally make up for it. The final battle features a continuous action shot that rivals any of Whedon’s splash page moments (a single shot that shows multiple heroes in the heat of battle as a reference to comic book panels that take up entire pages).

The entire third act feels unlike anything we’ve seen before in Marvel movie history, somehow both bigger in scope and more specific in the drama unfolding. The best comparison may be the massive battles in Lord of the Rings: The Return of the King — except, you know, with superheroes.

Endgame also borrows from Tolkien with its inevitable ending, which takes the necessary time to give each character the moment they deserve. For a three-hour movie, these may feel like the kind of scenes worth trimming, but after the final battle, a slow-moving epilogue gave me a chance to wind down before being released back into public.

As the movie finally ended, I felt different, almost as if I was glowing like Brie Larson’s Captain Marvel. The result of 11 years of world-building has arrived, and it feels like nothing will be the same again. But I know that glow will wear off. Thankfully, Marvel isn’t fooling anyone. Endgame isn’t the end, it’’s just a brief pause for reflection before the machine picks up again and the next phase of the MCU begins.