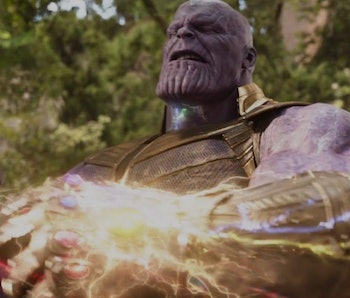 Thanos loomed large over the Marvel Cinematic Universe for years, but now he’s nothing more than a stumbling block.

Though the search for the Infinity Stones consumed his life, Loki puts the Mad Titan’s quest into perspective by rather hilariously repurposing his all-powerful gems as paperweights. Now, there’s a far more existential threat on the way: the concept of a multiverse, which could break open the MCU in any number of strange and surprising ways.

But could Thanos have already known what he was facing in terms of the multiverse? This theory posits the Mad Titan was far more intelligent than he seemed.

Redditor Kuebac posits that Thanos’ immediate acceptance of the Avengers’ time travel plan wasn’t simply quick thinking. In fact, Thanos likely knew about the mechanics of time already, using his knowledge of how timelines function to his advantage.

It’s true that, in the MCU, the TVA operates on a need-to-know basis, and the veil of secrecy over this organization is such that most people have never heard of them. But Thanos could have learned at some point in his life about an authority that controls time and a “Sacred Timeline” that everyone follows. In the past, he may even have tried to manipulate time, given his understanding of the Time Stone.

If that’s true, Thanos also would have known that the punishment for manipulating timelines was being reset, the same sentence Judge Renslayer handed down to Loki for his crimes. The TVA’s authority is such that, if a variant were running around and knocking the timeline out of alignment, the TVA could intervene and “prune” said variant, meaning their actions would never have happened to begin with.

When Thanos finds out the Avengers are using time travel in Endgame, as a result, he would have immediately recognized that this meddling was sanctioned by the Time Keepers. If it weren’t, Thanos would never be aware of such actions, which the TVA would have “pruned” and reset. When Thanos uses time travel without running afoul of the TVA, he can also take this as confirmation his actions are part of the Sacred Timeline.

This has huge implications for the entire MCU. If Thanos knew about the Sacred Timeline, he really meant it when he said, “I am inevitable.” His actions were truly destined, given his successful manipulations of time, which proved the TVA was working literally around the clock to make sure his mission (at least temporarily) succeeded.

Given the nature of the TVA, there are an infinite number of ways Thanos could have become aware of time travel. Even if some of his detours have long-since been pruned, he could very well be responsible for some of those Stones rolling around in an evidence drawer at TVA headquarters. Time travel is a new threat, and the next frontier, of the MCU. When it comes to exploring it, we’re just getting started.