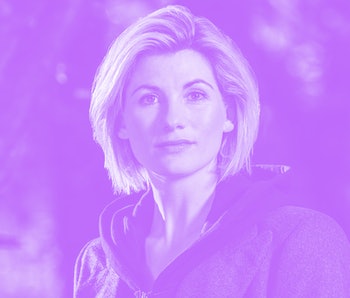 The Season 12 finale of Doctor Who completely wiped the slate clean regarding The Doctor's history. While The Timeless Child changed everything, their revelation raised a whole lot of questions. Now, an intriguing new fan theory offers some more detail about why The Thirteenth Doctor can't seem to remember Ruth, and it involves some serious time travel shenanigans.

The Season 12 episode "Fugitive of the Judoon" introduced a whole slew of conundrums surrounding Ruth Clayton, a seemingly innocuous Gloucester tour guide who revealed herself to be an incarnation of The Doctor that Thirteen can't seem to remember. How could this be possible?

Reddit user MichaelO2000 suggests Ruth is an incarnation of The Doctor who deserted The Division, the Time Lord's police force, putting into motion the events of "Fugitive of the Judoon." Her former colleague, Gat, must chase her down along with intergalactic police force The Judoon.

That all seems to make sense, but why would the The Thirteenth Doctor have no memory of this? Unless The Doctor has worked with the Division in a regeneration we never saw in the series (which could be possible) Ruth's version of the Doctor must have come before what we know as The First Doctor. The theory proposes Thirteen deserted the Division, and when she was found had her memory wiped. This explains why The Doctor believed her own false backstory for many years.

So why does Ruth call herself The Doctor, despite existing in The Doctor's timeline before they adopted the moniker? This is where it gets a little complicated.

The Doctor's reputation throughout the universe seems to be everywhere, not only across space but time. In fact, it was revealed in Season 6 that the word "Doctor" was inspired by The Doctor themself. If this legend of The Doctor is so widespread, it's plausible that Ruth's Doctor could have chosen to go by "The Doctor" and model her Tardis after theirs with no knowledge she would later go on to become The Doctor.

It wouldn't be the first time Doctor Who used this paradoxical explanation for names. In Season 6, Amy Pond named her child Melody Pond after her childhood friend Melody, not knowing that friend was actually her future daughter, a daughter later grew up to be River Song, the Doctor's wife. In other words, a twist like this would be perfectly in keeping with the long-running franchise's love of mind-bending time-travel hijinks.