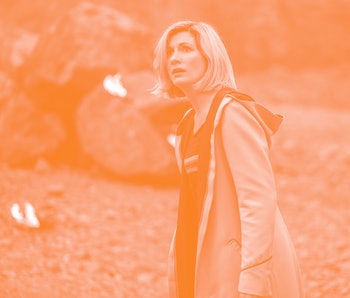 Doctor Who shocked millions with its Season 12 finale, "The Timeless Children." Fans were dumbfounded when the 57-year-old show rewrote the entire backstory of its enigmatic protagonist. While this itself wasn't unusual for Doctor Who, what happened after was unprecedented. On Saturday, TVZone reported the BBC had released a statement responding to fan complaints about the reveal.

For those unfamiliar, The Doctor was always thought to be just a rebel Time Lord from the planet Gallifrey who stole a Tardis (time machine) and ran away. In the finale, however, The Doctor's longtime nemesis (and supposed childhood friend) The Master revealed the Doctor's true origin: she was actually a child found by a space pioneer who contained the ability to regenerate, an ability replicated by her adoptive parent. This resulted in the Time Lords as we know it, but since the truth was deemed too dangerous, The Doctor had her memories replaced with implants. In short, we thought The Doctor was just a rebel Time Lord, when in actuality she was the first ever Time Lord.

Did you get all that? Fans are calling it a sloppy retcon of a story that spans decades, and many have been taking their criticisms directly to the BBC. While the network has apologized for Doctor Who before, it's never been for a deliberate story choice like this. Showrunner Chris Chibnall's name was dragged through the mud by diehards, but there may be a hidden benefit to his choice to go with the backstory nuclear option.

Think of the people looking to get into Doctor Who: where do they start watching in order to catch up? Season 1, from the beginning of the 2005 reboot? For a while, the suggested start was the beginning of Season 5, picking up with Matt Smith's premiere as the 11th Doctor, but that still leaves 7 whole seasons to watch before they're caught up. Chibnall essentially wiped the slate clean with this finale, meaning interested parties can start fresh with season 13.

This "tabula rasa" approach entices the lore-averse to get onboard with a new era of Doctor Who, but the losses may outnumber the gains. Part of the appeal for longtime fans is the legacy of the show, its inherent ability to reference episodes from the eighties or bring back one-off villains for another round. If The Doctor's backstory is near-erased, those ties to the past are cut.

Then again, with the first female Doctor in the Tardis, and the possibility of the first Doctor of color, it might be time to stop trying to keep things the same. Like The Doctor herself, Doctor Who as a show keeps regenerating. If we accept the nature of the show's evolving legacy, from kids' educational show to flagship sci-fi icon, we can all move forward in time.

More like this
Entertainment
8.1.2022 2:00 AM
Westworld Season 4 just copied one of the best Doctor Who episodes ever
By Ryan Britt
Culture
8.5.2022 10:30 AM
How Netflix's epic Sandman finale sets up Season 2
By Mónica Marie Zorrilla
Entertainment
8.14.2022 1:30 PM
Why the Andor trailer could be setting up a Darth Vader fight scene
By Dais Johnston
Related Tags
Share: