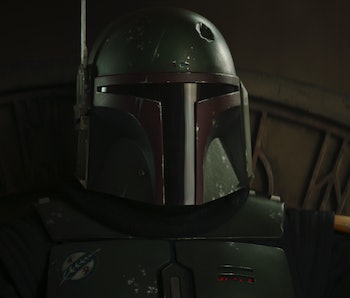 It’s been almost two years since Disney+ officially launched. To celebrate that milestone, Disney is currently gearing up for Disney+ Day. The upcoming event will feature major titles coming to the streaming service for the first time, special deals being offered to non-subscribers, and, in all likelihood, several exciting announcements made about some highly-anticipated Disney titles.

It’s shaping up to be a day that Disney, Marvel, and Star Wars fans won’t want to miss. With that in mind, here’s everything you need to know about Disney+ Day — from its schedule to some of the surprises that may lie in store.

When is Disney+ Day?

What is the Disney+ Day schedule?

Additionally, Disney+ subscribers will be able to view new specials from Pixar at 8:00 a.m. Pacific and from Marvel Studios at 8:45 a.m. Pacific. New movies and TV shows will begin streaming on Disney+ for the first time on November 12 as well.

What will release on Disney+ Day?

Disney is set to debut new specials from both Pixar and Marvel on Friday, November 12. A number of notable TV shows, movies, and documentaries will also be making their Disney+ premieres on the day, including Shang-Chi and the Legend of the Ten Rings, Jungle Cruise, and Marvel Studios Legends: Hawkeye.

Here’s a list of the biggest new and legacy titles coming to the platform on Disney+ day:

How much does Disney+ cost?

In honor of Disney+ Day, Disney is offering a new special promotion for both new and returning subscribers, who have until Sunday, November 14 to get one month of Disney+ access for $1.99.

People who take advantage of the promotion will, however, only get one month of Disney+ at that discounted rate, after which they’ll have to pay $7.99/month for the service.

What are Disney+ Day predictions and announcements?

In addition to the various specials and titles set to premiere on the streaming service on Disney+ Day, the celebration also promises to offer several exciting surprise announcements for Marvel, Star Wars, and Disney fans.

For starters, with Marvel set to release a 2021 Disney+ Day special in conjunction with the event, superhero fans should likely expect to see some never-before-seen sneak peeks at some of Marvel Studios' upcoming titles. That may include trailers for Disney+ shows like Ms. Marvel, Moon Knight, She-Hulk, and Secret Invasion, as well as some of the studio’s highly-anticipated Phase Four films, like Doctor Strange in the Multiverse of Madness and Thor: Love and Thunder.

Outside of Marvel, genre fans should probably expect to see some teasers/sneak peeks for Lucasfilm’s upcoming Star Wars projects, including The Book of Boba Fett, Obi-Wan Kenobi, and more.

The upcoming celebration should give Disney fans everywhere plenty to talk about and obsess over in the weeks and months to come.