“I would love to see the two of them square off.” 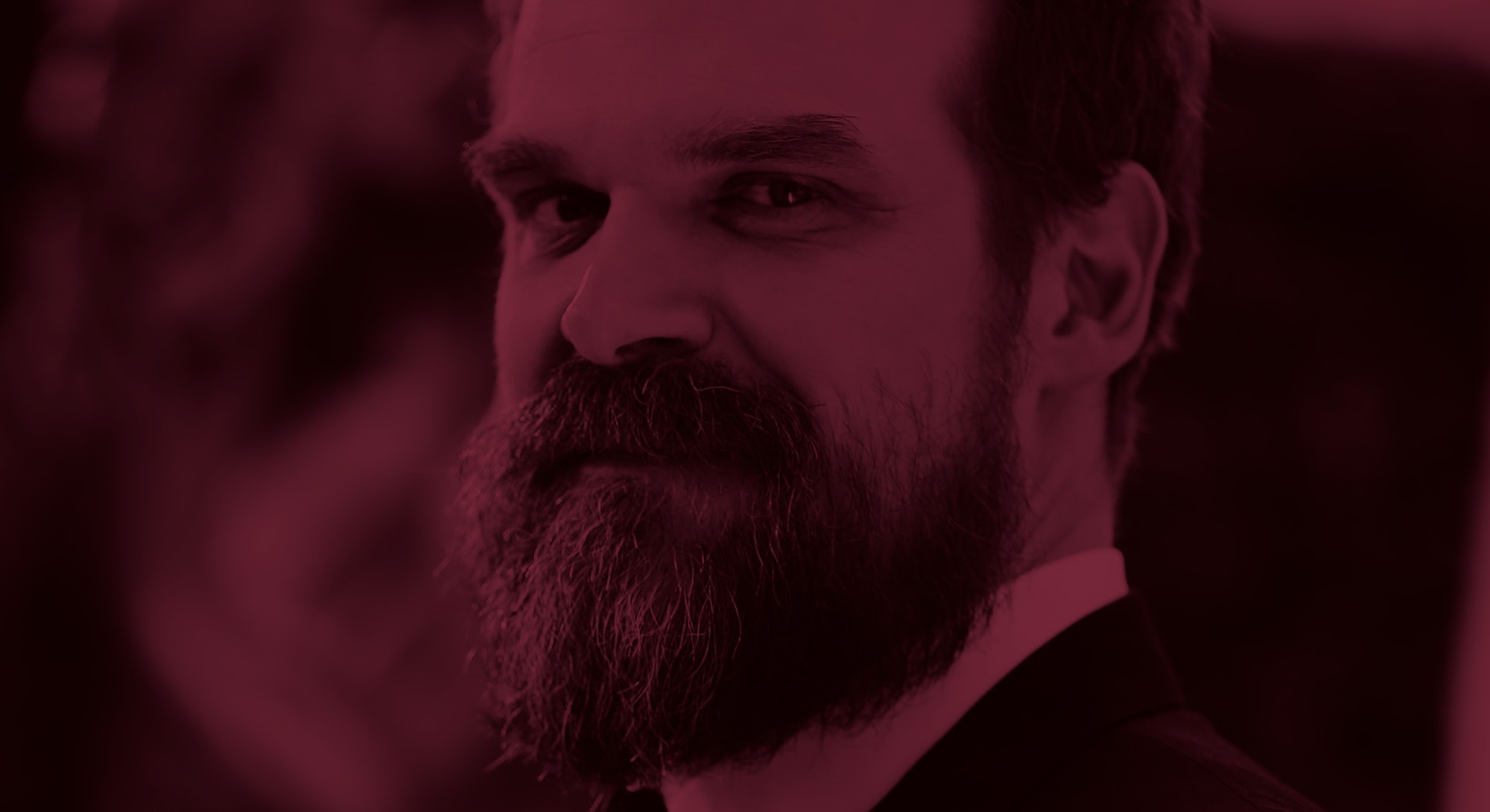 David Harbour’s journey into the Marvel Cinematic Universe was full of questions.

Would he have an accent? What tattoos would he have? What martial arts would he study? Is his Black Widow character, the devoted Russian super-soldier Alexei Shostakov (aka, Red Guardian), actually a good dad?

“There was a lot of work to be done,” Harbour, 46, tells Inverse over Zoom.

In becoming one of the most important supporting characters in Marvel’s Black Widow, Harbour carved out an arrogant failed father who dwells in memories of his faded glory rather than working for a better future.

Citing inspiration from unlikely sources, such as Ricky Gervais in the British Office and Philip Seymour Hoffman in the 2007 film The Savages, Harbour describes Alexei as plagued with a “needy desperation to be liked.”

“That was his soul, to a degree,” Harbour says. “This narcissism that has blinders on, [he] can’t read social cues. The weird family dynamics in The Savages [is something] we really liked.”

Directed by Cate Shortland, Black Widow reveals an unseen chapter of Scarlett Johansson’s Marvel superhero. Though she died in 2019’s mega-hit Avengers: Endgame, the MCU kicks off “Phase 4” in a period of time between 2016’s Captain America: Civil War and 2018’s Avengers: Infinity War. In the film, Natasha (Johansson) reunites with her lost “family” — members of a covert assignment where they posed as a family in an American suburb.

“There were things she loved about my body.”

Among them is her “father,” Alexei, who also epitomized Soviet-era Russia’s ideals as the superhero Red Guardian. But he now rots in prison, telling tall tales about fights with Captain America no one believes. His character first appeared in Avengers #43 in 1967, engineered in the Marvel Universe as Russia’s answer to Captain America.

Which means yes, he has a costume. These days though, it barely fits.

“The Soviet Union is where he was a Super Soldier, which is a different place than the Russia of today,” Harbour says. “But at the center of it was this beautiful, sweet soul we wanted to preserve.”

In a conversation with Inverse, Harbour reveals the ingredients of crafting a Super Soldier who is anything but “Captain Russia,” not to mention the coincidental timing of the Russian whereabouts of one Jim Hopper, also played by Harbour in Netflix’s ongoing hit Stranger Things.

What conversations did you have with Cate Shortland about becoming Alexei, the Red Guardian?

Cate and I spoke a lot about communist Russia. We talked about the end of the Soviets, the idea of being a Super Soldier in this communist ideology and what that meant. There was a lot of discussions around the accent, whether we speak Russian [or not]. There were things she loved about my body. His bigness. How big and full, his appetite for a certain type of living. Living for himself and his desires and needs. Everything about him we wanted to have this dirty luxury. Luxury is a weird word to use. You think of a Jaguar car.

Yeah, exactly. There was an indulgence we wanted to create with him.

Something Alexei has that isn’t centrally focused are his prison tattoos. Tattoos are sacred in the Russian Bratva. Did Alexei get caught up in something while in prison?

That’s where our research began. But then there’s other stuff that’s personal, stuff that’s communist. He has a tattoo of Lenin on his belly, I don’t know if you see it. He’s got Karl Marx on his knuckles. He has Rachel’s character Melina on his neck, which doesn’t feature heavily. It’s steeped in what you would get in prison. Clearly, Alexei has been in prison for a long time. He’s gotten mixed up in all kinds of stuff. When we meet him he’s in a weird phase, just a cock of the walk sitting around arm wrestling dudes over and over, getting a new tattoo of his glory days. He’s been through a lot in prison, which is where these tattoos are born out of.

What did your training as Alexei in Black Widow look like compared to Hellboy?

I had to do a lot more fighting for this than I’ve ever done in my life. Just to be nimble, agile, and strong. The thing about training is the thing that keeps guys having abs and in shape is not eating or [only] eating a certain type of food. Lean protein and nothing else. That’s been my experience when I’m in good shape. Actual physical stuff, like strength, it doesn’t matter if you have abs. Look at Tyson Fury, didn’t have abs but he’s the heavyweight champ of the world.

“He has a tattoo of Lenin on his belly, I don’t know if you see it.”

I had to do a lot of fighting that required strength, speed, power. I was not ready for that. A lot of boxing. I got into some Russian Sambo, agility work. [Now] I’m better than I was. Most of the stuff you see is with a lovely gentleman, my stuntman, who was excellent. Anytime I could let those guys do what they do, because they do it so well, I’d let them. The little stuff I had to do so you see my face, I had to train very hard for it. It was very difficult.

Are there characters in the MCU beyond Black Widow you’d want Alexei to get in the face of?

Do you find the odd timing of both Black Widow and the fourth season of Stranger Things funny? Between Alexei and Hopper, who we know is in Russia, how much are you emotionally steeped in the Soviet period?

Yeah, to a certain degree. They’re both odd, heightened realities. The Stranger Things version of Soviet Russia and Marvel’s are both wildly different. Like Spike Lee’s Brooklyn is pastel-coloured; you might not see Brooklyn that way. The filmmakers see Russia in different ways.

“For Hopper, it was like being on the Moon.”

I do think there’s a big difference in the fact Hopper is the American in prison in Russia. He is really an outsider, the world is foreign to him. Alexei is a product, the great hope of Soviet Russia. To steep myself in that was much more important for Alexei. For Hopper, it was like being on the Moon. A world he doesn’t speak the language, and resentment of him not even wanting to.

I debated this after I left the movie: Do you think Alexei was a good father?

That’s a really good question. I’m glad you debated it. I think people should debate it. He clearly has a lot of flaws and suffers from tremendous narcissism, But I think he understands the failures he’s made. He feels guilty and remorseful.

Do I think there wouldn’t be bumps along the road if he were given a second chance? Yes. He’s a truly complicated dude. But do I think he didn’t do anything right? I think he tries to love in the best way that he can and he should be given some sort of credit for it. But I’m not so sure I would want him as my dad.