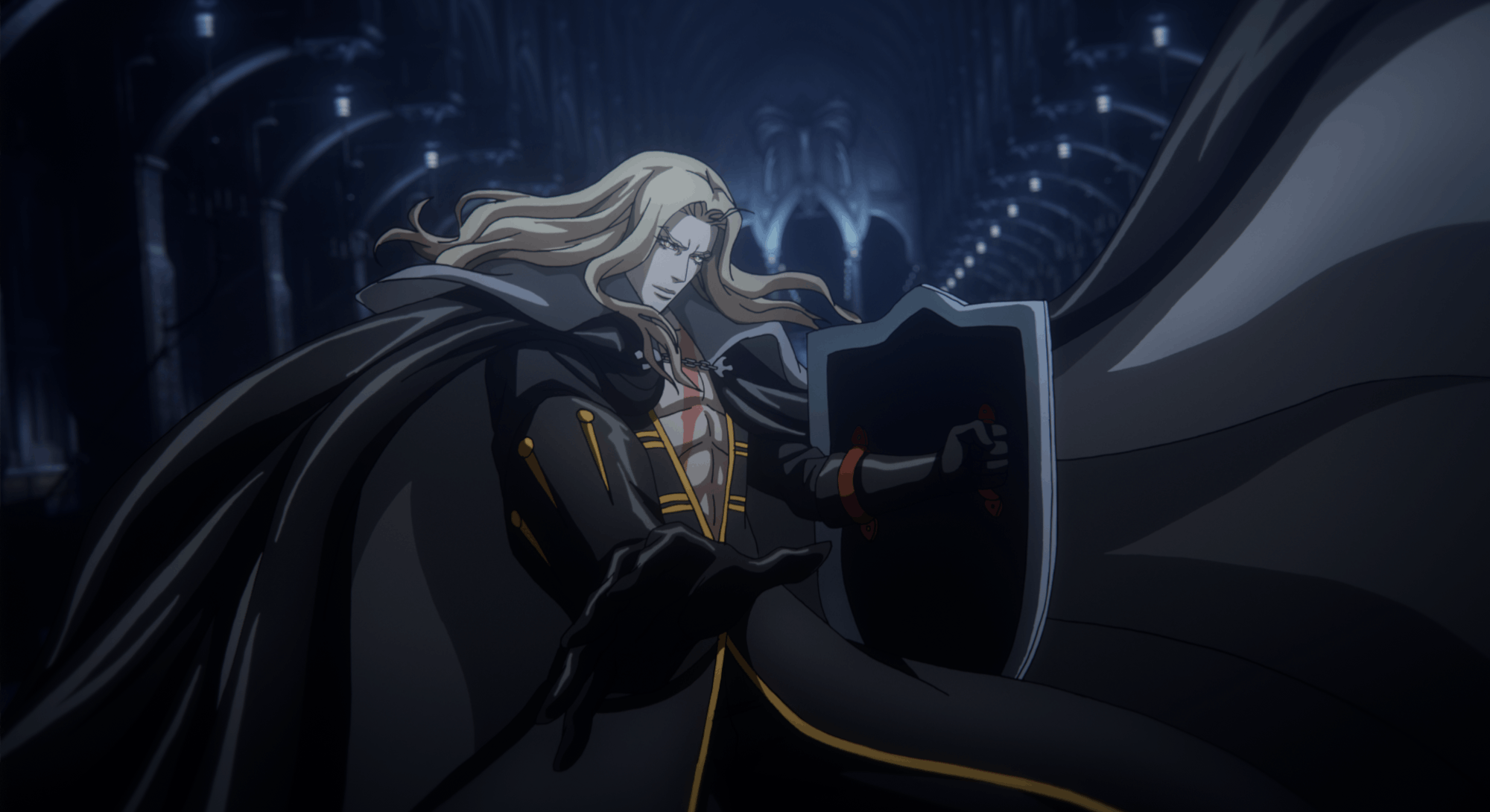 Video game adaptations have long been the butt of the joke when it comes to any discussion about popular movies and TV.

There’s a reason critics refer to the “video game curse.” While we have seen good (or, at least, palatable) live-action adaptations in recent years, like Sonic, Mortal Kombat, and The Witcher, for the past few years it’s been clear that the best video game adaptation is an animated show.

For three seasons, Castlevania took the best parts of the classic horror games and remixed them with its own vast mythology. The Netflix series was full of relatable and complex characters fans could recognize from the game but that also gave the entire franchise a deeper meaning. And, of course, it was gloriously violent.

With the release of Castlevania Season 4, the series is coming to an end, and even if it’s not the show’s best effort, it’s a satisfying conclusion that still leaves fans wanting more.

After the shocking decision to kill Dracula back in Season 2, the third season of Castlevania felt a bit like a reset, changing the landscape while introducing new threats and allies. Season 4 feels like a continuation of last season — rather than a conclusion to the entire series — expanding the vast number of new characters and plot threads before finally tying it all together in a gory and cathartic finale.

Castlevania Season 4 picks up the story a few weeks after the end of Season 3. Trevor Belmont (Richard Armitage) and Sypha Belnades (Alejandra Reynoso) are on the run, hunting down demons and vampires and wondering if there will ever be an end to the carnage. Eventually, they wind up back in Wallachia, where it all began.

Meanwhile, Dracula's son, Alucard (James Callis), tries to come to terms with the legacy of his father. Will he follow his father down a path of violence or — much to his disgust — be more like Belmont?

If that’s not enough intrigue, there are still more leftover stories from Season 3. Saint Germain (Bill Nighy) still wants to control Infinite Corridor, while Carmilla (Jaime Murray) plans to expand her rule to encompass the entire vampiric world. There's also Hector (Theo James) and Isaac (Adetokumboh M'Cormack), who both get limited screen time. Isaac's story even ends off-screen to make room for new characters like Malcolm McDowell's Varney, an excellent addition with a few secrets of his own.

Season 4 drags a bit at the beginning, but Castlevania still delivers excellent character moments, especially when it comes to the growing relationship between Belmont and Sypha. The pair gets the more repetitive of the side plots, but this emphasizes their despair in the show’s bleak world, only emphasizing the cycles of violence these characters are stuck within.

The shadow of Dracula looms large, too. It can seem like everyone and their mother is trying to revive the vampire, but whether they succeed or not is best kept quiet.

The pacing might be off in Season 4, but the action in Castlevania is still top-notch. Plenty of American anime shows have come and gone since the series first debuted, taking inspiration from Japanese action shows (or even employing Japanese animators), but none of them have managed to match the fluidity and kineticism of Castlevania.

Powerhouse Animation Studios really outdid itself with the many epic fight scenes this season. The camera swirls around the battlefield like Trevor's whip, while character movements have a fluidity and choreography to them reminiscent of Masaaki Yuasa's Devilman Crybaby (another Netflix original anime).

Castlevania plants a few seeds for future stories, but Season 4 ends with a sense of finality. The plot can be boiled down to a wish for rebirth, whether that’s resurrecting Dracula; Alucard trying to remake himself after his past sins; or Belmont and Syph asking whether the world can come back to life after so much death and misery. By the end, you feel like the show is truly over, even if there’s enough of a loose thread for another season or even a spinoff series.

No matter what form a potential next chapter may take, there's no denying the impact and success of this video game adaptation. Castlevania managed to take the essence of a successful video game franchise and sculpt something that’s equal parts tragic, gory, exhilarating, devastating, cathartic, and epic. Even more impressively, it goes out on a high note that will leave you wanting more.

Castlevania Season 4 premieres May 13 on Netflix.