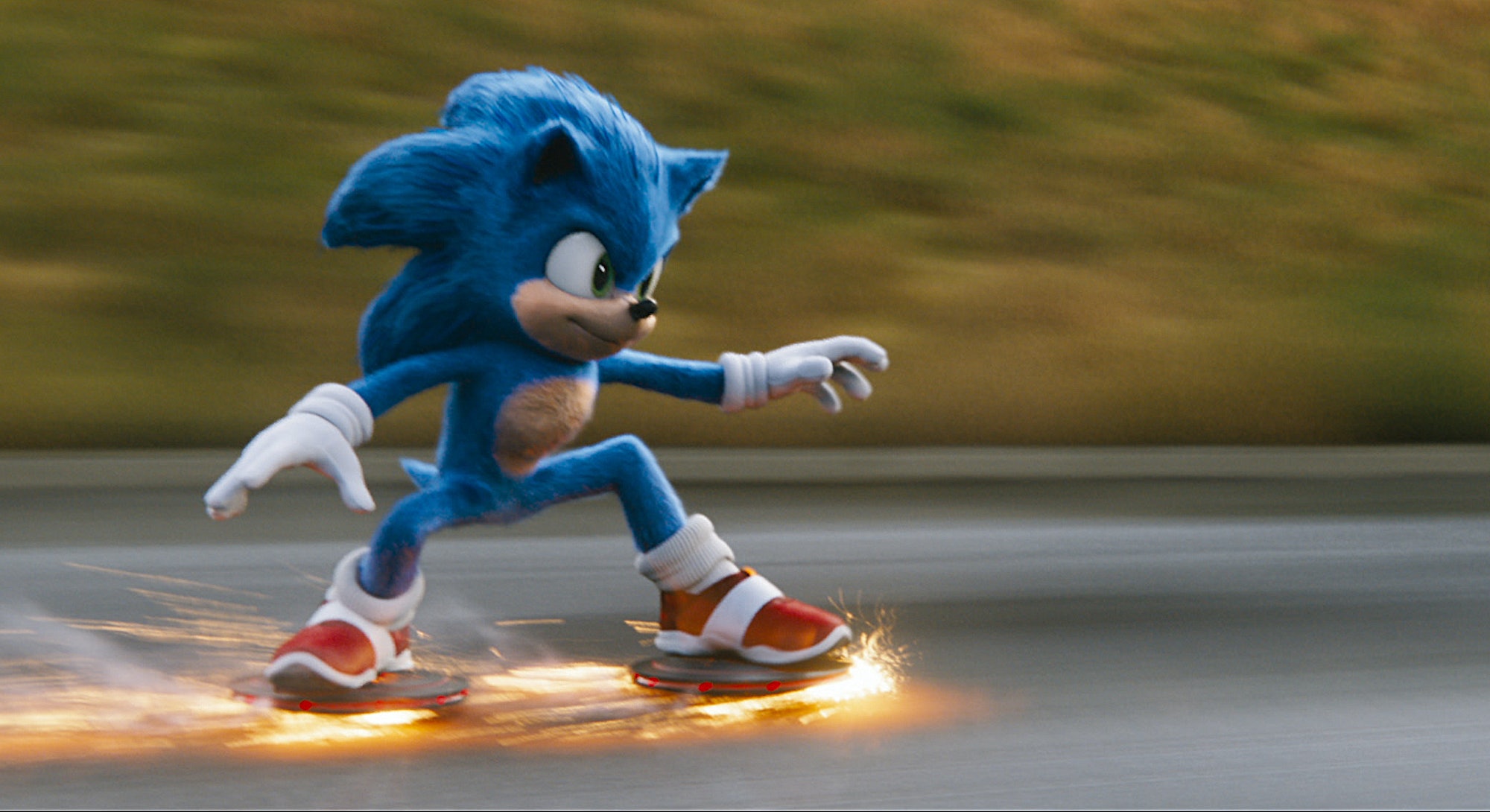 I saw Sonic the Hedgehog and Harley Quinn: Birds of Prey on the same day. I barely slept that night.

Sonic is undeniably charming and epic in ways that make it the best superhero movie of 2020 so far — even better than Birds of Prey. That's an accolade that may last the entire year.

Lying in bed, this sudden realization haunted me.

Sonic felt doomed to fail from the start thanks to its unequivocally disastrous first trailer released in April 2019. Everyone talked about Sonic's terrible character design, so much so that Paramount Pictures delayed the movie to redesign and redo all the animation.

I don't need to recap how unsettling and nightmarish the original humanoid design was with its uncanny valley face and creepy fingers, but it is worth noting that Sonic should always be an adorable little bundle of energy and spunk. That's what we get with Sonic the Hedgehog in the best way possible, but we also get so much more, from a heartwarming story of isolation and friendship, to a Jim Carrey performance so iconic you'll think you're back in the '90s playing Sonic on your Sega Genesis.

Sonic the Hedgehog, the first major feature-length film for director Jeff Fowler and writers Patrick Casey and Josh Miller, doesn't dwell too much on exposition for lore that doesn't matter. Why does Sonic exists? How did he get his powers? Who cares! He exists. He's fast. He's cute.

Sonic's home planet is a bit bewildering with its talking owl and a tribe of echidnae hunting the blue hedgehog for reasons unknown, but these early scenes hint at his origins just enough to make you interested. After Sonic (voiced by Ben Schwartz) escapes to Earth, he winds up spending years growing up alone, reading The Flash comics and running in an old dryer like it's a hamster wheel. You know, just for fun.

When an accident occurs and Sonic wipes out the electric power grid on a massive scale, the US government assigns Jim Carrey's Dr. Ivo Robotnik to investigate the phenomenon. What ensues is a predictable and derivative road trip superhero movie as Sonic teams up with local police officer Tom Wachowski (James Marsden), a genuinely nice man with a cop face that Sonic has kind of been stalking for a long time. They work together to save the day, Sonic finally learns what it's like to have a real friend, and they both discover what it means to be a hero. It's pretty sweet and makes you feel great.

All of this might sound kind of predictable, but the sharply written jokes, gripping action, and adorable Sonic design make it some of the most fun you'll have at the movies all year.

One of the more compelling choices in the story comes from Sonic's years spent in isolation. Imagine being that hyperactive but having nobody to talk to. It's enough to drive any regular person mad, so naturally, Sonic goes a little bit insane — and this is where Sonic the Hedgehog gets really fun. Sonic is nuts, but he's just so darn cute that you forgive whatever mistakes he makes or ridiculous things he says. You'll even forgive the few faults the film might have.

Innately good-natured and overly hyper, Sonic is prone to bouts of superspeed mania. He winds up this charming little bundle of energy. It's an accurate examination of how one's sanity erodes in prolonged isolation — a surprisingly complex concept in what is ultimately a well-written kids' movie. Sonic imagines that the people he stalks are his friends, chief among them Tom Wachowski (Marsden).

As the voice of Sonic, Ben Schwartz (Parks and Recreation) does an excellent job conveying the hedgehog's endearing, youthful presence and boundless energy — you can hear him smiling through the voice alone. And because he's having such a great time, so are you. It's the same kind of charisma that oozes through a movie like Aquaman, where the lead's utter glee matters more than the story.

Despite Sonic being a kids' movie, this infectious joy combined with some genuinely smart, funny writing makes for the perfect alchemy of a nice time at the movies. Even hardcore Sonic fans will delight in the staggering number of video game Easter eggs and references from start to finish. The small town where Sonic and Tom meet is called Green Hills!

For millennials like myself who grew up loving peak Jim Carrey comedies like Ace Ventura: Pet Detective, Dumb and Dumber, and The Mask, seeing his Dr. Robotnik in Sonic the Hedgehog is an absolute treasure. Both Sonic and Jim Carrey sort of peaked in the '90s, yet here they are in 2020, stronger than ever. Carrey channels his signature over-the-top gonzo style of unique insanity in a way we haven't seen in years, making it a real return to form for the actor.

Is the Sonic the Hedgehog franchise the sign of Jim Carrey's huge comeback? I sure hope so!

We obsessed over Sonic's original, hairy design, but not enough people talk about the terrible tone of that first Sonic trailer. Coolio's badass "Gangsta's Paradise" played over scenes of overly serious characters being mean, arrogant, and unlikeable. Even Sonic, irritated at his pesky human companion, rolls his eyes and says, "Basically, it looks like I'm gonna have to save your planet!" Then the humanoid hedgehog alien about the size of your grouchy nephew leaps from a moving vehicle and smashes into Dr. Robotnik's batmobile tank. He doesn't actually give the middle finger to the wreckage, but he might as well have.

There was nothing likable about Sonic the Hedgehog in this hardcore vibe the first trailer put on, and you can't help but think about the shadow of Sonic's awkwardly-tall-but-still-short frame while watching the final product and not imagine just how bad things could have been. I've always fancied Sonic the tiny underdog, especially because in the '90s, Sega was Nintendo's rival, and as such, Sonic played second fiddle to Mario.

Thankfully, the final version of the film fixes all of the early problems in both animation and tone. Sonic is full of smart, self-aware jokes about Olive Garden product placements and the fact that Dr. Robotnik was obviously bullied as a child. There's also lots of exciting superhero speedster action.

2019 left a lot of pop culture fans fatigued by the same old kinds of superhero movies and epic fantasy sagas after we were treated to one epic finale after another with Avengers: Endgame, Star Wars: The Rise of Skywalker, and the final season of Game of Thrones. With Sonic the Hedgehog, Paramount goes back to the basics in what amounts to a fun, easygoing experience at the movies.

Right now, Sonic is the best superhero movie of 2020 (sorry, Harley Quinn). Don't let the horrendous initial character design of Sonic dissuade you from relishing in the most fun superhero action movie of the decade.

Sonic the Hedgehog sprints into theaters on February 14, 2020.