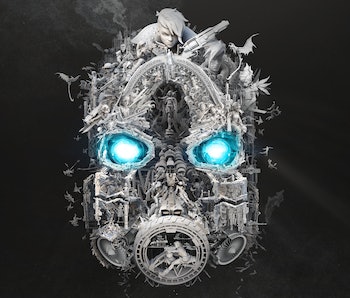 Borderlands is the weirdest video game movie in the works right now.

The franchise itself is already wacky, and the production gets odder and odder as the director and more and more actors attach themselves to the project.

Video game movies vary wildly in quality. Some are great, others are passible blockbusters, and others are complete trash. We won't know where Borderlands will fall until it premieres, but there's clearly a lot of surprising talent behind the project.

This is everything we know about the upcoming Borderlands movie.

When will the Borderlands movie premiere?

Currently, we do not know when the Borderlands film will come out. Actress Ariana Greenblatt confirmed that the Borderlands movie was filming via Twitter on April 1. With how movie productions work, this likely means the film is only a year or two away.

Other factors may also push back its premiere. Movie theaters are still struggling to reopen due to Covid-19, so Lionsgate might push Borderlands to come out later if it isn't offloaded to a streaming service.

Is there a Borderlands movie trailer?

No. The movie is still being filmed, so no trailer for the project exists at this time. If you want to get a feel for what the games are like, you can check out a trailer for Borderlands 3 below.

Who is the Borderlands movie director?

Currently, Eli Roth is attached to direct the Borderlands movie. This is a somewhat surprising choice as the director is typically associated with gore-heavy horror movies. Still, that inclination towards horror will help him realize the more violent aspects of the Borderlands franchise.

As for the other creatives behind the project, the script was rewritten by Chernobyl's Craig Mazin, who is also working on HBO's The Last of Us show. Lionsgate, Arad Productions, and Picturestar are the studios behind the project. From the video game side of things, 2K's CEO Strauss Zelnick and Gearbox's controversial founder Randy Pitchford are also executive producers on the project.

Who is in the Borderlands movie cast?

An unusual mix of actors and actresses is currently attached to the Borderlands movie, with many of them playing recognizable characters. Cate Blanchett has been attached to the project as Lilith, a Siren with superhuman abilities, since May 2020. In January 2021, Kevin Hart joined the project as the super-soldier Roland.

In February 2021 Jamie Lee Curtis joined as an archeologist named Patricia Tannis, and Jack Black was confirmed as the voice of voice Claptrap, the annoyingly funny robot that serves as both a help and a hindrance to the vault haunter it works with. In March 2021, Ariana Greenblatt joined the cast as oddball explosives expert Tiny Tina and Florian Munteanu was cast as her protector Kreig, and Haley Bennett was cast in a yet to be announced role

So far, the cast is filled with both new and returning characters, and actors that are known for everything from action to comedy stars. The case may be weird, but it’s a perfect mix for a Borderlands movie.

What is the Borderlands story?

For those not familiar with the franchise, Borderlands is a first-person shooter series that puts an emphasis on comedy in its sci-fi world. Each game typically follows a group of "Vault Hunters" as they explore the planet of Pandora for Vaults that contain riches and very advance tech.

Lionsgate revealed the premise to Deadline in April 2021:

Lilith (Blanchett), an infamous outlaw with a mysterious past, reluctantly returns to her home planet of Pandora to find the missing daughter of the universe’s most powerful S.O.B., Atlas (Ramirez). Lilith forms an alliance with an unexpected team – Roland (Hart), a former elite mercenary, now desperate for redemption; Tiny Tina (Greenblatt), a feral pre-teen demolitionist; Krieg (Munteanu), Tina’s musclebound, rhetorically challenged protector; Tannis (Curtis), the scientist with a tenuous grip on sanity; and Claptrap (Black), a persistently wiseass robot. These unlikely heroes must battle alien monsters and dangerous bandits to find and protect the missing girl, who may hold the key to unimaginable power. The fate of the universe could be in their hands – but they’ll be fighting for something more: each other.

Pandora is a violent planet with lots of alien creatures, mega-corporations, and a faction of outlaws and bandits literally called Psychos, so most situations devolve into a shootout. It's a franchise known for its memorable characters, so fans should get a kick out of seeing many of them realized in film.

More like this
Entertainment
Sep. 26, 2022
Everything you need to know about HBO's The Last of Us TV series
By Corey Plante and Willa Rowe
Gaming
6 hours ago
Everything we know about EA’s new monster-hunting game Wild Hearts
By Hayes Madsen
Gaming
Sep. 30, 2022
Warzone Mobile release window, trailer, and the return of Verdansk
By Joseph Yaden

This article was originally published on Feb. 12, 2021