“An everlasting exchange. A soul, for a soul.” 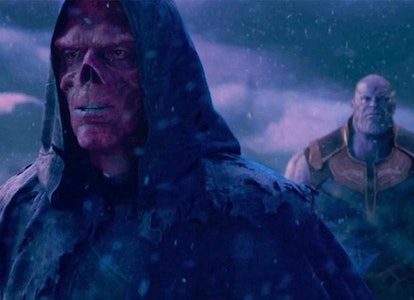 There’s a moment in Avengers: Endgame when Thanos almost wins. You know the one, it comes seconds before Tony Stark makes the ultimate sacrifice to save the world for the last time (for now). We’ve always assumed that if Iron Man didn’t steal the Infinity Stones, Thanos would have snapped his fingers and wiped out all life in the universe, but a convincing new fan theory reveals why the Mad Titan never stood a chance in Avengers: Endgame.

The theory — In a Reddit post simply titled “Why Thanos Lost,” Marvel fan u/Mysterious_Strain_73 lays out multiple reasons why the supervillain never stood a chance. Some of these don’t exactly hold up (the theory argues that Thanos didn’t know what to expect from the Avengers, but we know he’s been aware of them since he first appeared in 2012’s The Avengers), but one point, in particular, rings true.

In other words: If the Soul Stone in Avengers: Endgame wasn’t obtained by Thanos’ sacrifice, could he have wielded it at all?

Does it make sense? The rules of the Soul Stone in the Marvel Cinematic Universe are murky at best. We know the stone is kept on Vormir, a mysterious planet at the center of the universe. We also know that the only way to get it is by sacrificing someone you love. But does that mean only the person who did the sacrificing can wield it? The MCU doesn’t provide an answer, but I’m going to say... Sure! Why not?

If we accept this basic premise, it actually makes Avengers: Endgame even better. The theory goes on to argue that anyone who loved the sacrificed person can use the Soul Stone. That means anyone who cared about Black Widow could be covered, which explains why several other Avengers were also able to perform a Snap.

“This is also why both Hulk and Tony were able to use the gauntlet,” u/Mysterious_Strain_73 writes, “because Natashas soul deemed them worthy.”

At its heart, Avengers: Endgame is a story about loss. At the start of the movie, everyone has lost something. That’s what drives the remaining heroes to make one last stand against the forces of darkness. So it’s fitting that in the end, the Avengers’ secret ending is also loss.