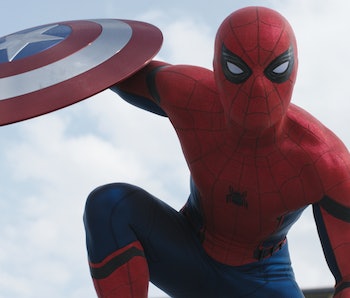 First introduced in Captain America: Civil War, Tom Holland’s Spider-Man, aka Peter Parker, quickly became a staple of the Marvel Cinematic Universe. Under Tony Stark’s tutelage, Peter flourished. He not only became the friendly neighborhood Spider-Man, but a big-time superhero who assisted the Avengers in defeating Thanos in Avengers: Endgame.

Spider-Man: Far From Home introduced several storylines that could pave the way for Spider-Man taking on more of a leadership role in Avengers 5. However, it’s possible Sony’s deal with Marvel may not allow Holland to be in the film at all.

A major focus of Far From Home was Spider-Man’s journey toward becoming an Avenger. Nick Fury was pressuring Peter to step up and be the hero he knew he could be. Meanwhile, Mysterio gained Peter's trust and convinced him that he could simply be a regular teenager, without all the added pressure of being a superhero.

Peter was so anxious about the idea of being a leader that he temporarily gave up E.D.I.T.H., Tony’s very expensive and dangerous A.I. security and tactical defense system. However, by the end of Far From Home, J. Jonah Jameson outed Peter's secret identity and the real Nick Fury was revealed to have been in space all along, overseeing a secret project.

Far From Home's mid and post-credits scenes hinted that Spider-Man could be a major player in future MCU films, seemingly building toward an adaptation of the “Identity Crisis” storyline from the comics, which saw Peter adopt four other identities to defend the city and his personal life.

The Skrulls’ involvement in Peter’s story suggested a third Spider-Man film could be the MCU jumping-off point for the “Secret Invasion” comic crossover. After Far From Home, it seemed like the still-untitled Spider-Man 3 could set up Peter at the forefront of the new Avengers team in a massive MCU crossover.

Given that Sony remains the rightsholder of the character, Spider-Man can only play an important role in Avengers 5 if he’s contracted to appear in the movie. On loan from Sony, Spider-Man has appeared in a total of five MCU films so far. Marvel and Sony have reached an agreement that would allow Holland to star in another solo Spider-Man film under the MCU banner, which would be jointly produced by both studios. Per Variety, Holland's Spider-Man will “also appear in one future Marvel Studios film.”

Given where Far From Home left off, it seemed like that extra Marvel movie could be Avengers 5. However, the MCU's moving at a different pace than the Spidey standalone movies, and the next big Marvel team-up was likely a long way off even before the coronavirus pandemic put movie production on hold. Captain Marvel 2 will likely focus on the Skrulls and Doctor Strange and the Multiverse of Madness will at least have some scenes in Peter's hometown, New York. Those two Phase 4 movies are obvious opportunities for a Peter Parker cameo in the next few years.

It’s all a little unclear at this point when Marvel Studios will do another Endgame-level team-up. Still, it's likely that Marvel, Sony, and Holland will have to return to the negotiating table at some point to make Peter the leader Far From Home set him up to be. Fingers crossed.